Like I said last week, GDC is about so much more than the next hot videogame. It is about ideas and philosophies. We writers go to mingle with great designers and thinkers (not to mention each other) to better understand our favorite medium and to discover the ideas that we, in turn, will be pondering for the next year. We go to dinners and lectures to drink deep and taste the future.

Then, after the show closes, we go out and just drink.

Over the next few weeks, you will see dozens of articles on Unwinnable that will be informed by the high-minded happenings at GDC 2012, but in the meantime, we’ve put together some statistics to give you an idea of what went on off the show floor. What was life like in the Unwinnable Submarine (that being what, for reasons that now escape us, we dubbed the hotel room at the Taj Campton Place)? How did a small gathering of Unwinnable writers at a dive bar in the Tenderloin turn into one of the wildest parties of the conference? What other stupidity did Team Unwinnable get into over that long, glorious week? The answers are probably not below.

Number of dudes sleeping in the Team Unwinnable Submarine – 4

Number of dudes who slept on the floor – 2

Drinks consumed over the course of the week – Innumerable

Drinks that were free – Disappointingly few 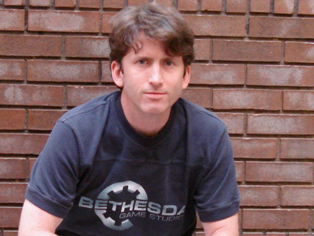 Miles walked – Too many

Visits to the Thirsty Bear – 2

Visits to the Death Star bar – At least 7, but we aren’t entirely sure beyond that

Number of times offered cocaine from a street dealer – 1

Number of times that same street dealer said, “You gimme twenty, I give you ten.” – 3

Times Gus Mastrapa was mistaken for a girl – 1

Times a girl was mistaken for Gus Mastrapa – 1

Number of Anchor Steams Gus had at High Tide: Too many +1

Crushing defeats witnessed during impromptu sessions of The Metagame – Countless

Times we somehow ended up in Denny’s listening to Steve Haske’s nonsensical, hours-long rants: 5 [You forgot “humorous” in there. Apparently – Haske]