As a kid, my parents worried a lot about my immortal soul. I really don’t understand why. I was a straight-A student. I never had any disciplinary problems. I stayed in most weekend nights while the rest of my peers socialized and had fun. I never drank, let alone did drugs, and didn’t have a serious girlfriend until after I graduated high school. But I listened to a lot of heavy metal, and, admittedly, not all of it good. 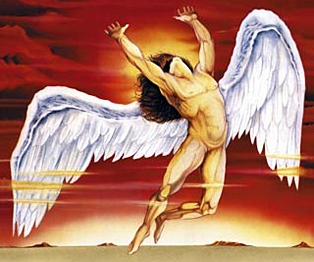 As a child of the 1980s, my cassette collection drew just as much, if not more, from hair metal as speed metal. And yet my mother was worried that I was going to hell and that the bands I was listening to were singing about glorifying Satan. Granted, it’s not like my parents understood rock music to begin with. Both were born in the Depression. My mom preferred easy listening and Broadway show tunes, while the only records I remember my dad listening to were “Sixteen Tons” by Tennessee Ernie Ford and a recording of the Indianapolis 500. No, I’m not kidding – it was a stereo record of open-wheel racing cars going from the left speaker to the right.

Back to hair metal, though. It’s pretty silly to think of the late Jani Lane of Warrant or Bret Michaels of Poison engaging in dark rituals – even more so now than 25 years ago – since they were singing more about drinking and sex than the Devil. And if I followed their lead, I would probably have been a much cooler high schooler than I ended up.

Growing up, and having gone to parochial schools from kindergarten to 12th grade, I heard all the rumors about hard rock and heavy metal being “devil music,” and even then a lot of it seemed a bit short-sighted. Everyone was convinced that if you played “Stairway to Heaven” backwards, “There’s still time to change the road you’re on” became “Here’s to my sweet Satan”. While I’m sure there was some photocopied handout passed around to the mothers in my school that warned about that, it probably didn’t go very far into Jimmy Page’s own interest in the occult. Sigils sewn into his clothes, his interest in Aleister Crowley, the occult bookstore he owned in the ’70s – none of it mattered as much as a bizarre audio trick that you only really heard once you read what the words were supposed to say. Which side was the one exploiting the power of suggestion again? 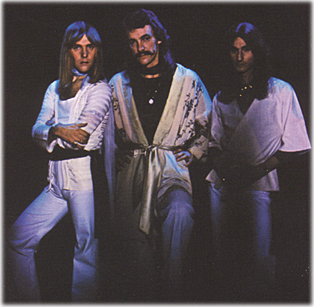 Of course, Led Zeppelin wasn’t the only ’70s band saddled with the “Satanic” tag. Rush, everyone’s favorite Canadian power trio, was saddled with similar accusations of backward masked Satanic messages in their song “Anthem,” and it was long rumored that their name was an acronym for “Raised Under Satan’s House.” We now know, of course, that Rush was far more devoted to Ayn Rand, and your opinion on how close she was to the Dark Lord depends on what you thought of Atlas Shrugged. I remember being told once that Yes’ name was a recursive acronym that stood for “Yes Espouses Satan,” and the closest instances I could find, listening forward anyway, is a reference to “Satanic mills” in 1980’s “Machine Messiah” that draws more from William Blake’s “Jerusalem” than Crowley. And then there’s Kiss: “Knights in Satan’s Service.” That’s the one popular band of that era whose labeling I can understand. They were painted like demons and their shows were a circus of pyrotechnics. Even though Gene Simmons tried to convince us all that he was evil incarnate in 1974, even comedienne Totie Fields saw through him. Their songs were about far less evil things – drinking and sex, like most rock and roll.

To be fair, it’s not like there weren’t metal bands that fit the stereotype, if not actively embraced it. Venom’s album covers featured pentagrams, goat heads and upside-down crosses. Bathory’s songs contained many anti-Christian themes. King Diamond was a member of Anton LaVey’s Church of Satan. All in all, I think my mother actually had it pretty easy. Imagine if I had been born a few years later and started listening to Marilyn Manson, or worse still, Burzum, as a teenager.

If you still think Don needs saving, you can reach him on Twitter @UnwinnableDonB. Be advised – he has gotten rid of most of his hair metal cassettes.