Culture is a vast and ancient thing. To better understand it, we carve it into smaller parts – categories and genres, movements and milestones – but there are no zero points or hard boundaries. When we make things, we draw from everything and anything. Any system of classification is arbitrary, an artificial construct meant to contain something mercurial and mutable.

In over forty years, we have developed preconceived notions about what metal is (Metallica!) which are at odds with what metal was (Blue Cheer?). There are countless meticulously defined subgenres of metal, some beloved, some reviled. When metal fans debate what makes metal, the only thing that is certain is that the debate will end with shouts of “Death to false metal!” The truth is murky.

No one knows the origin of “heavy metal” as a cultural term, but it has less to do with chemistry than it does hippie slang. Most sources agree that it was probably first used by William S. Burroughs, first in his 1962 novel The Soft Machine with the nickname of a character and then, more vividly, in 1964’s Nova Express:

With their diseases and orgasm drugs and their sexless parasite life forms – Heavy Metal People of Uranus wrapped in cool blue mist of vaporized bank notes – And The Insect People of Minraud with metal music. 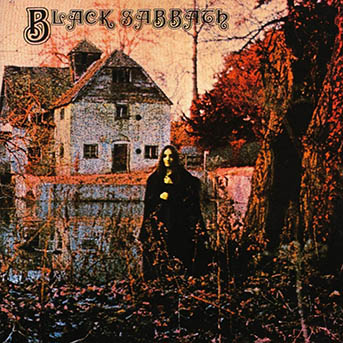 Heavy and metal were co-opted as musical descriptions in the late 60s and early 70s by music critics like Barry Gifford, Lucian Truscott and Mike Saunders to describe such disparate acts as The Electric Flag, Led Zeppelin and Sir Lord Baltimore, respectively. Bands like this, with their deep grooves and psychedelic influences were, from a modern perspective, a kind of Ur-metal. When Lester Bangs called Black Sabbath heavy metal, though, that marked a transition from white blues into something transgressive and dark.

The patter of rain, rolls of thunder and a forlorn church bell set the stage. The first three notes of the song “Black Sabbath” – G – G 8va – C# – opened a gateway of gloom through which countless bands have followed. Robert Christgau called it “bullshit necromancy” but the occult imagery and Ozzy’s tortured vocals provided the kind of aggressive theatricality that heavy metal would thrive on for decades to come.

Sabbath never shook its white blues roots, though (witness how the frantic menace of “Symptom of the Universe,” off 1976’s Sabotage, eventually dissolves into a Led Zeppelin style jam). It fell to Judas Priest to strip the blues out of metal by focusing on speed and raw, multi-octave vocals. As Sabbath sank into drug abuse and, even worse, mediocre albums, Rob Halford’s leather and studs laid the groundwork for the New Wave of British Heavy Metal.

The NWOBHM was a fork in the road. On one hand, bands like Iron Maiden combined technical proficiency and operatic vocals, layering on ever more polish. Down that path lay the power metal of Manowar and the guitar wankery of Dragonforce. On the other hand the gritty, punk infused Motorhead was all about speed, literally – the band’s name was a reference to amphetamines. The thundering of Lemmy’s bass spawned the thrash of Metallica and the black metal of Venom. 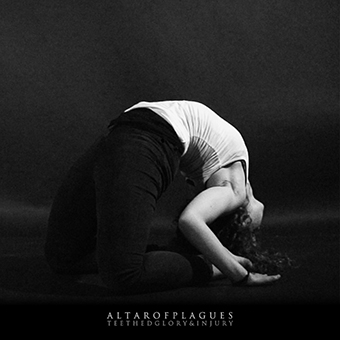 Now the petri dish is spilling over, spreading metal in all directions. Altar of Plagues, Nachtmystium and Oranssi Pazuzu use electronics to strain against the traditional definitions of extreme metal. OM and Earth turn their experiments to the softer sounds of folk and world music. Some bands, like Orchid, have returned to the start of it all, to re-examine the sonorous sonics of Black Sabbath. Some dig even deeper, like Uncle Acid & the Deadbeats, mining the psychedelic forerunners of metal.

To debate genre, to expect creative endeavors to fit neatly into predefined phyla, is to rob them of their ever-changing power. The question isn’t whether the moody southerness of Baroness is true metal, or the bluesy riffs of The Heavy Eyes, or the strange soundscapes of Chelsea Wolfe. There isn’t an external checklist of things that make a song or a band metal. It is ephemeral, a feeling, a thought, an attitude.

Except for nu-metal. That shit was terrible.

Want more metal? (Seriously, who doesn’t?) Check out the History of Heavy Metal playlist on Spotify.