You are faced with a choice: Which side do you take in the war ravaging Skyrim?

If you’re a regular reader of this column, you know that few of the decisions made here come easy.

But as a way to break down my key deciding factors – and perhaps help you make sense of your own choice as well – I present this brief Rookie of the Year Skyrim War Primer.

WHY YOU SHOULD PICK TEAM STORMCLOAK 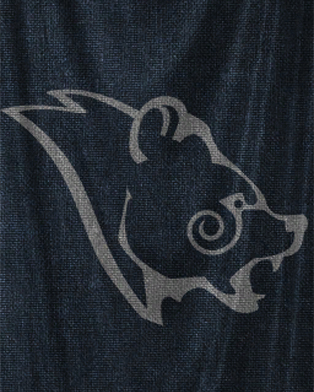 Based on an informal Rookie of the Year survey of one random message board, joining the Stormcloaks, and not the Imperials, is what all the cool kids are doing.

The Imperials, after all, are aligned with the sneering, ne’er-do-well Thalmors, while the Stormcloaks fight for the brave Nords of Skyrim – serving, in a fashion, as the voice of the common man, champion of the indigenous people.

But what makes it hip to join the Stormcloaks is even simpler than all that. The Stormcloaks are the underdog, the rebel alliance battling against all odds to overthrow the evil empire.

In other words, joining the Stormcloaks is your chance to take a shot at The Man. Do so, and maybe, just maybe, you’ll feel that much less awful about serving him daily in your actual life.

The same reason you practice your pickpocketing skills or decide to randomly slaughter villagers (or why you hijacked that ice cream truck in GTA IV) is the reason joining the Stormcloaks – and sticking it to that jack-wagon General Tullius – seems so f-ing sweet.

Sure, you can forego the Thieves Guild quests in the noble pursuit of altruistic Companion missions. But where’s the fun in that (well, other than getting to turn into a werewolf)?

Serve the Stormcloaks and fight the powers that be.

Join the Imperials – and turn playing Xbox into death and taxes.

WHY YOU SHOULD PICK TEAM IMPERIAL 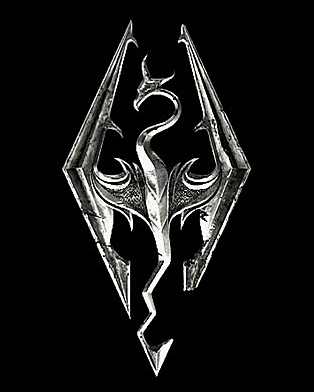 Yes, it’s selling out. But, let’s face it – the Stormcloaks really did some shitty things at the outbreak of this war.

If you’ve chosen to make your home in Solitude (full disclosure: it’s my own primary residence), you will no doubt wince at such clowns as Erikur and his ostentatious, womanizing ways. But you’ll also meet, and get to know, the dashing Elisif the Fair, who will charm you, as she has me, not only with her beauty but with her leadership, and specifically, her ability to see the error of her own ways; at one point, she yields to the Bards College upon its appeal of one of her less-tolerable edicts and magnanimously agrees to allow the ancient ritual burning of a king’s effigy to continue – not only bringing you great praise, but free sweet rolls, too.

But more than that, her story is hard not to sympathize with. Her late husband, the rightful King of Skyrim, was murdered in cold blood by Ulfric Stormcloak. Ulfric snuck into the city and, instead of giving Torygg a fighting chance, he walked right up to the unsuspecting High King and unleashed his Thu’um … and that was all she wrote.

Sure, war is hell. But Torygg was a fellow Nord – and Ulfric is a world-class asshole, who may instill a fear-based form of respect in his henchman and sellswords and appeal to the baser instincts of the commoners, but he doesn’t deserve the loyalty of a noble-hearted warrior such as yourself.

Sometimes – even in the world of RPG fantasy – leading a life of corruption and dishonor can be too bitter a pill to swallow.

Clearly there are strong arguments for both sides, but nothing I’ve said up till now matters a lick in the final reckoning.

What matters is this: The Stormcloaks are racist fuckwads.

Like the South taking on the Union army in our own Civil War, Ulfric’s band stands, at least in part, for Nord (read: White) Power – and would rather see non-Nords’ heads on pikes than watch them wandering around Windhelm unshackled.

Sure, you say, but what about my perverse desire to be evil? The inner demon that stays hidden in the light of day, but come game night burns to join the Dark Brotherhood?

I may be hypocritical, I may be crazy, but while I can understand the appeal of murdering an innocent man because a disembodied voice in the basement of a haunted house in Markarth told you to, I simply cannot stomach high-fiving a Stormcloak guardsman over an anti-Dark Elf joke.

There is a part of me that still exists – even after I’ve put on my Snuggie and assumed the avatar of Pete Buck, Dragonborn – that refuses to tolerate bigotry.

For that reason, I, slayer of Alduin, Harbinger of the Companions, Archmage of the College of Winterhold, member in good standing of the Bards College, Thane of Whiterun, Solitude and Riften and estranged member of the Blades, fight for the good of all Skyrim’s people.

For better or for worse, I am Team Imperial.

Join me or die by my sword.

Matt Marrone still plans to do everything he possibly can to fuck with the Thalmor. Because – not to be racist – they’re total scum. Follow him on Twitter @thebigm.

Rookie of the Year: Skyrim, The Most Terrifying Game Ever
Previous Post