The truth is so much scarier than fiction.

Once a decade, a movie or TV show will genuinely frighten me, but mostly I’m far more afraid of the typical and the mundane: talking to girls … heights … creaky elevators … choking to death … losing all my worldly possessions in an apartment fire … cancer … spending the rest of my life writing Rookie of the Year columns for Unwinnable.com. 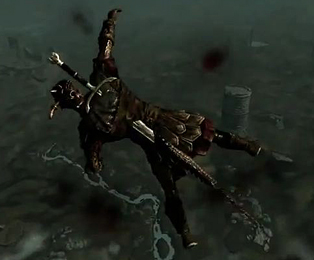 But there is one sure-fire synthetic way to freak me out, one that dates all the way back to my childhood, and one that has been rearing its ugly head a lot lately during my all-night Skyrim marathons:

When I was younger, and a speck of dust would float into an NES cartridge, rendering the screen a jumbled mess of only sometimes unrecognizable pixels, I would cringe. What if that happened in real life? What if, suddenly, the world was filled with a sharp, sustained metallic bleeeeeeeeeep and our arms, legs, eyes and bowels were suddenly everywhere and nowhere at once?

What if every atom of oxygen multiplied in size by zillions, until we were breathing huge alien blocks or swimming down the streets like they were giant ball pits in a children’s playplace?

That thought, for whatever insane reason you’d like to pin on my subconscious, scared the bejeebus out of me.

But in the 1980s, it was at least a tad bit cartoonish. Even with my active imagination, it’s hard to argue that Super Mario Bros. mirrored any sort of earthly reality.

And when I turn a corner in Solitude – playing, as I always do, in first-person mode – and the cobblestone streets of the city are missing and suddenly I’m tumbling though the void of empty space, my body falling, falling, falling toward nothing but a vague mass of untextured gray pixels – it really, truly, feels like I’m tumbling through the void of … well, you see my point.

Chuckle if you will, but it took me days to build up the nerve to go back to Solitude after that happened, and even now I think about it every time I walk toward the vendors’ stalls, squinting unconsciously in fear that another scene of surreal horror will instantly unfold before me.

On YouTube, Skyrim geeks post videos of how to walk into these spaces – on purpose – and even find hidden items within them. 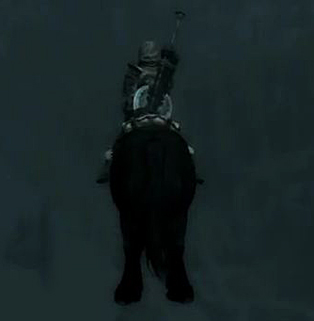 When I ran through Whiterun once only to discover the entire rocky face of Skyforge was just, well, gone, I would have tossed my Xbox controller across the room in terror if it hadn’t meant my view of the void would be locked on the screen until I could jump up and hit the power button.

Even going underwater in Skyrim creeps me out. If you’ve played the game, you’ve probably noticed that there’s this no-man’s land that exists between being above water and submerged below it, where the water line crosses the screen and, if only for a moment, the sea floor is visible as if the light of the sun is hitting it straight on, before the murky depths become murky again.

I swear I’m not kidding.

Now I fully concede that this admission – namely, that clipping can traumatize me – opens me up for ridicule, which makes it, as you know, ideal fodder for this space and gives my Unlistenable podcast colleagues even more ammunition to use against me.

Still, before you call me any clever names, I ask that you remember this the next time you’re playing Skyrim, or any such game, and a skeleton comes to life inside a catacomb and rushes at you, giving you goose bumps or perhaps causing you to leap in your seat: Something like that doesn’t scare me one bit.

No, I’m far too busy living in mortal fear of more horrifying things, like missing or scrambled pixels – and public speaking.

Matt Marrone tries desperately to avoid walking too close to walls in Skyrim, lest he catch a fleeting glimpse of the nothingness that lies beyond. You can mock him on Twitter @thebigm.

Rookie of the Year: Your Guide To Skyrim’s Civil War