After another night of waking up in a cold sweat over a dream where Ian and Stu are chasing me through the San Diego Convention Center demanding the third and final installment of my Comic-Con diary – Stu dressed in his Slave Leia outfit, to make it worse – I have decided to get up early and knock it out.

That lasts about three hours as my roommate, Hollywood.com’s Paul Degarabedian, and I join my friend Pam for breakfast at a place that may serve the best Bloody Mary ever. Paul hits the train station, his own responsibilities done, and I head back once more into the breach.

I had heard late yesterday that my one-on-one interview with Guillermo del Toro, the assignment I had been looking forward to the most, fell through because he had to leave early for personal reasons. It’s likely to be rescheduled in a few weeks when he comes to New York, but still, he joins Colin Farrell, Justin Timberlake and Amanda Seyfried on my all-star list of rejections this weekend. 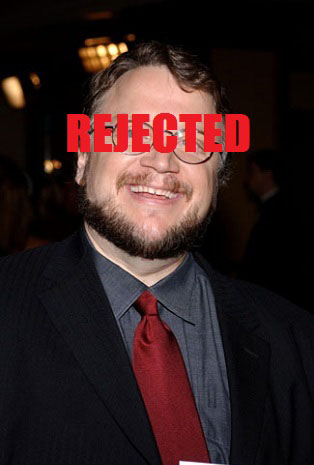 Having already run myself into the ground, I decided to cut out earlier than originally planned. Since I don’t have any major interviews scheduled for Sunday, I call the airline with my tail between my legs and fork over an extra $230 to switch my flight from a Sunday night red-eye to a Sunday morning flight.

My first assignment of the day is to meet up with DC Comics co-publishers Dan DiDio and Jim Lee and talk about the company’s massive reboot in September. For the uninitiated on the site who only care about frying their brains with videogames (I’m talking to you, Marrone and Becker!), this is huge in the comics biz – using a Flash storyline where the time stream has been altered, the company is borrowing a page from J.J. Abrams’ Star Trek and unloading seventy-plus years of continuity to have younger, slightly different versions of their characters.

On the way to the enormous DC booth, I pass cover artist extraordinaire Greg Horn’s booth. He remembers me from the time I moderated his art instruction panel at last year’s Wizard World Big Apple Comic-Con, so we chat for a couple of minutes. It’s my wife’s birthday tomorrow (Sunday) and even though changing flights will get me back in time for a late dinner, I figure getting a nice gift can’t hurt. So I buy a print of Rogue (my wife’s favorite superhero because they share a few gray hairs) from Greg and have him autograph it to her. I reason I can always slip it under the door to hopefully convince her to take the chain off and let me back in.

For my 7-year-old daughter, I have already bought a Comic-Con exclusive Uglydoll (Cookie Dream Babo) – and I buy another identical one for my friend Paul, who evidently has the taste of a 7-year-old girl.

Arriving at the booth, I have a half hour to pick Lee and DiDio’s brains and, as eloquent and hyped as they are, I’m still not sold on the move at the end of the interview. I subscribe to something Geoff Johns once told me – that what makes DC heroes unique to their Marvel counterparts is that the symbols on their chest mean something. Superman is supposed to be with Lois Lane, damn it, even if I don’t give a rat’s ass about the hero himself. (Barry Allen’s Flash was always my favorite.)

One thing I AM looking forward to is the introduction of the WildStorm heroes into the main DC universe – and before leaving, I secure a promise that they won’t wait too long to bring back The Authority, the super-team that is Lee’s signature creation. Having Midnighter kick the crap out of Batman on a regular basis will make the “New 52” worth it for me.

I booked a spot at the roundtables for the upcoming ABC show, Alcatraz, mostly out of curiosity. It’s a “J.J. Abrams” serialized drama, but all that really means is that the brain behind Lost and Fringe has Mcfranchised it out to some of his old Lost colleagues. The show, about the disappearance of inmates from Alcatraz during the prison’s heyday and their sudden reappearance in 2011, has a lot of parallels to Abrams’ most famous show: an island! Jorge Garcia! A mystery that seems to have spiritual and scientific nuances!

Superman is supposed to be with Lois Lane, damn it, even if I don’t give a rat’s ass about the hero himself

My Spidey-sense is tingling.

The first question I ask Jack Bender is what he learned to do and not to do on Alcatraz from Lost.

“Not to show the smoke monster too much,” he answers. “That was one of the main lessons. And I was a big fan, I loved our finale. I directed it. I felt that the more human spiritual explanation for a lack of a better word or resolution to our show was much more profound than if they would’ve found a switch that linked up to the CIA and I know that a lot of fans were looking for that kind of explanation. Something really cool and wow, I never thought of that.

“But I felt that dealing with the bigger questions of life and death were a much more profound way to go. But I was also a fan of the end of the Sopranos, which like all of you probably the first time I saw it I went, “What happened to my TV?” And I did the show and I was shocked.”

I think about how much better the Lost finale would be if it was a CIA switch.

I make sure to pop into the roundtables for one of my favorite shows, Fringe, knowing full well that there isn’t much in terms of info that I’ll actually get out of it. I did learn that Anna Torv is much hotter in person than she is on the show, but there’s no need for a spoiler alert on that one.

I did get a refreshing answer from star Joshua Jackson about how hard it is to sit in the bullpen (note to Stu: that’s a baseball analogy, which references a sport, which is a thing people play instead of videogames) waiting for his turn while the other actors get to play two different characters each. And to top it all off, he gets blinked out of existence and seems destined for even less screen time this season.

“You see how much fun Anna had with the alternate – whatever you want to call her, Fauxlivia , Altlivia – and John, everyone having to have their dopplegangers,” Jackson says. “It’s really nice to have time off. I’m pretty sure you’ve heard TV actors complain about the grueling grind that is a full season, so I’m not going to be the first person to say yeah, it sucks having all this time off, it’s awful.

“But I think it is what the story is. To a certain extent Peter is the MacGuffin of the show. So we have this ensemble cast, and he’s the guy who lots of things are about but doesn’t get to do a lot of things. That’s who he is – that’s what the character is. So I can get frustrated all I like, but it’s not going to change.”

Down With Superfluous Reboots!