Being a bit of a new media tourist, I attended the New School’s Critical Themes 2011 conference. The highlight for me was a panel entitled, “Not Just Another Face in the Cloud: Social Networks and New Collectivity,” during which Steve Jankowski presented his paper “Protocol Z: The Distributed Social Organization of Zombies.” The thrust of his theory is that, in our modern era, zombies represent a very real fear of losing one’s individual identity in an increasingly networked society. I have previously argued that loss of self, coupled with a sense of isolation, is the foundation of American horror writing, so when I heard Steve arguing that our deepest cultural fear of the moment is loss of self combined with over-connectedness, I was definitely intrigued.

Steve was kind enough to discuss Protocol Z and walk me through some of the basics of his theory.

Unwinnable: Can you briefly describe the Protocol Z theory?

Steve Jankowski: Protocol Z is a theory that tries to reconcile two popular aspects of our culture – the Internet and zombies. The main question being asked is whether we can correlate the rise of zombies in popular culture with the increasing ubiquity of the Internet in our lives. Protocol Z takes the technology of the distributed network and applies it to the social organization of zombies. The premise is that if we can learn to understand these monsters that we’ve created, then we may have a better understanding of how we similarly interact with one another on the Internet.

The philosophical background that I used to explore these ideas comes from two contemporary works and one older work. Alexander Galloway wrote Protocol (2004), a book that describes how our current society is dominated by distributed networks (opposed to the centralized networks of industrialization, feudalism, monarchies). I combine this with the ideas expressed in Sarah J. Lauro and Karen Embry’s A Zombie Manifesto (2008). They describe how the collective action of zombies, an organism unto itself, is the true horror that we should fear. Finally, I use Elias Cannetti’s Crowds and Power (1960), which describes the various forms that crowds take and how they are sustained.

Unwinnable: Can you run down the history of zombies and how their meaning has changed for us since their popular inception in George Romero’s Night of the Living Dead?

S.J.: With its origin in Haiti and the Voodoo religion, the zombie often played off the fear of enslavement. Films from the early to mid-20th century took the folklore and turned it into B-horror racism. It wasn’t until George A. Romero’s Night of the Living Dead (1968) that zombies turned into what we recognize as zombies. Unlike previous films, these zombies ate human flesh and their bite killed you. With the combination of cannibal consumption and the slavery of death, Night resonated with both audiences and filmmakers as a way of

portraying the terrors of modern life. Since that time, zombies have changed very little. There are nuances of fast versus slow zombies and the dead that rise versus the living being infected with a virus, but these variances are only in forms of narrative. 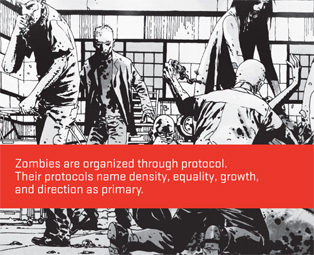 Probably the most significant change that has happened since 1968 is the way that we interact with the fiction. It comes not only in film but novels (World War Z) and graphic novels, TV (The Walking Dead), videogames (Left 4 Dead), parades (zombie walks), etc. In these forms, we are not only scared of becoming zombies, we can also see from their perspective.

Unwinnable: Why zombies? What about this particular form of undead seems to make them uniquely suited as a vehicle for dealing with our societal anxieties?

S.J.: Zombies combine some age-old fears that have been particularly pertinent in the 20th and 21st centuries. The oldest of human fears stems from our fear of death. We cannot escape it and zombies personify this fear. However, zombies differ from other death-harbinger ghouls like vampires. Zombies are not only undead, but they are also unconscious. They have no individuality.

One of the most prevalent philosophical concepts in our culture is individuality and advertising has made sure that we are aware of our unique existence. Zombies challenge this assumption. Considering the explosion of cities with populations greater than a million and how the Internet connects those populations, our concept of the individual is being challenged. The zombie represents the part of us that we cannot control, the part of us that gives in to the crowd, the part that works on a different level than the individual. 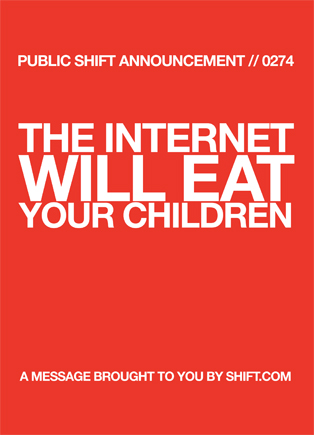 Unwinnable: Why, as a society, do you think we are frightened by the concept of the Network?

S.J.: As much as we sense a certain freedom in the distributed network, of being anonymous, of being just one node among a many, we also fear this participation. In being anonymous, there has to be something of our individuality that we must offer up as a sacrifice.

If a popular torrent is quick to download, and we are all downloading it, that means we are populating this one cultural node. But since we have made this one choice to join the popular, we have also decided not to be different, to be the same. The tension is that as we participate with the network and change its habits with our behaviors, it changes us in ways that we may not want and in ways that we are unconscious of.

Unwinnable: What do you make of the recent blog post from the CDC announcing a tongue-in-cheek zombie apocalypse emergency readiness plan?

S.J.: The CDC has taken the serious and complex issue of disease outbreak and given it a face, created heroes (survivors) and villains (zombies). They have taken a ready-made narrative and applied it to their work. Although imaginary, the zombie narrative is an entry point to exploring the very real issues the CDC faces every day.

Likewise, Protocol Z attempts to provide an access point to the complexity of the Internet and our actions on it. By exploring this subgenre of horror, the world becomes a little easier to understand but no less terrifying.

For more of Protocol Z and Steve’s deep thinking, check out his very nicely designed website.

A Long, Strange Journey: An Interview with Grady Hendrix of the NYAFF