As the founder and organizer of the New Jersey Zombie Walk, Jason Meehan is an easy fellow to catch up with (he’s a slow-walker). Unwinnable’s John McGuire did just that, and in the moments between getting bitten by the young zombie and becoming one himself, he managed to ask a few questions.

Unwinnable: So what prompted the New Jersey Zombie Walk?

When the walks first started they were all about surprising innocent humans.

J.M.: The New Jersey Zombie Walk started as the Asbury Park Zombie Walk, which was something I put together after seeing photos a friend had sent me from a zombie crawl in Atlanta. I was so jealous. I really wanted to be in a zombie flash mob, and after hours of searching the Internet I realized there wasn’t a single zombie event in all of Jersey. Shortly after that I moved to Asbury Park. The city was so dilapidated, and was sort of coming back from the dead in its own way. After about a month of planning, the first Zombie Walk brought together more than 450 zombie fans.

Unwinnable: You are doing a Zombie Walk at a convention with Ken Foree as the grand marshal. It seems almost surreal to have a guy who’s known for running away from Zombies as the one leading them around.

J.M.: It’s awesome. We started planning this walk and Ken wanted to be involved from the very beginning. Dawn of the Dead is one of the most celebrated films in the zombie genre, so to hear that he was excited to be shuffling around with us has been a real honor. It’s a huge treat for fans to be able to meet and walk with stars from their favorite zombie movies. We organized a walk last spring across NYC towards a movie theatre where George A. Romero was waiting to premiere Survival of the Dead to any zombies that attended. Bringing once in a lifetime experiences like these to the New Jersey Zombies is what makes planning these events so worth it.

Unwinnable: I see that you recently broke the Guinness World Record for Largest Gathering of Zombies. Congratulations are in order! What was that like?

J.M.: It was unbelievable! We had almost 500 zombies come out for the first walk in 2008, then our crowd tripled to over 1,500 in 2009. To break the record we had to almost triple our number again. We had an incredible street team that helped spread the word to more than 5 states over 10 months. People came from as far as Minnesota and Florida to be a part of the walk. I was inside helping with check-in and makeup most of the day, and the first time went outside to talk to the crowd I almost fainted! There were zombies as far as I could see–end to end on the Boardwalk. I’ll never forget that.

Unwinnable: What is the reaction of the general public like when they see a hoard of Zombies walking down the street?

J.M.: When the walks first started they were all about surprising innocent humans. We would reveal the secret “base camp” location where zombies could meet up only a few days before the event; that way people wouldn’t know where we’d be coming from when the Zombie Walk started. Kids would run in the opposite direction, and adults would point and scream and hide behind doors when the zombies came their way. Nowadays, it depends on where we’re walking. In Asbury, the Zombie Walk has become Jersey’s own Village Halloween Parade. If 5,000 zombies are walking there are about 5,000 or more spectators on the street waiting to watch them shamble. Sometimes we still catch people off guard, though. 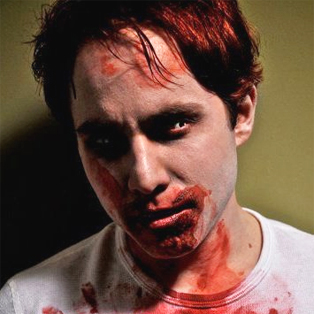 Unwinnable Tell us about your upcoming events.

J.W.: We’re working with the NYC and Philly Zombie Crawls on a new event at Dorney Park in Allentown, PA on August 18th. It’s a Zombie Invasion. The park will be ‘zombies only’ from 8pm to midnight–sort of Zombieland style. Guinness World Records is also going to be back, and we’ll be creating a new record for the book. Then in October we’ll be back in Asbury Park for the fourth annual New Jersey Zombie Walk. This year it’s a three-day event! The Undead Festival will be October 21st through the 23rd and will be our biggest event to-date.

Unwinnable: Do you have a strategy/weapon of choice for the Zombie Apocalypse?

J.M.: Are you kidding? I’d want to get infected so I could join my Zombie pals!

Protocol Z: Fear and the Network