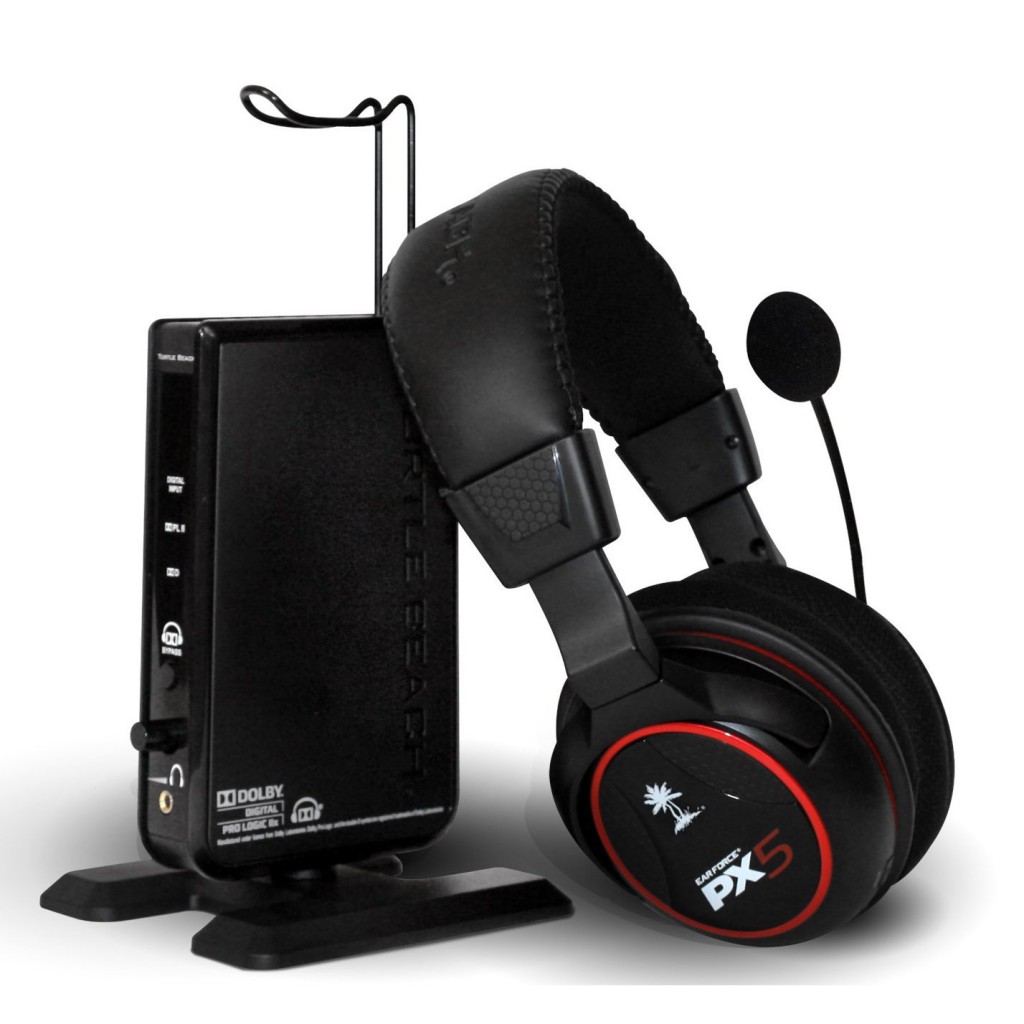 I’ve got news for you: You are not playing your games correctly. I will repeat that. You are not playing your games correctly. The only reason I say this is that if you were like me, sitting in front of your television going about your business, you are missing out. Don’t fret, there is a cure and it comes in the form of headphones that will bring you back to the promised land that is your game.

Turtle Beach has released its crème de la crème of headphones – the PX5. A wireless headset that supports the Xbox and PS3, this Bluetooth, 7.1 Dolby Digital surround sound set gives you two sets of 8 different presets (one set for Xbox 360, one set for PlayStation 3) allowing you to customize the audio specifically for the way you play. You will also be able to download different presets specific to the game you are playing, allowing you to hear the game the way it is supposed to be heard. Want to listen to Megadeth on your phone while capturing bases? You got it. Want to stick it to that asshole that keeps sneaking up behind you? Gotcha bitch! Turtle Beach has created a serious set of headphones that in all honesty will cater to every type of gamer. In my case, I never had any interest at all playing video games with a headset. I never liked the way they made the gamer look more like an air traffic controller than someone who was taking him or herself seriously. The ones I did manage to try out on multiple occasions as well as at PAX East did peak my interest, but I never bit, until now.

As soon as the PX5’s were placed in my hands I immediately went home, plugged them in and just looked at them. Honest. I was truly impressed with the look and build of the headphones. Nothing felt cheap or half-assed. Even the buttons have a nice “click” to them, as well as a charming British woman informing you what channel you are switching to. They are also counterbalanced as well, so that with batteries in they won’t feel lopsided. Whether you’re lying down watching a movie or sitting up plugging a couple rounds into your best friend, the headphones stay put. I tested out multiple games, volume settings and pairings to see if they truly did hold up, and coming through like a champion, they responded phenomenally. From the first person shooter Battlefield Bad Company 2 where explosions felt like they were going off right behind my couch, to NHL 11 where the jeers and insults were heard and then silenced as I coasted into the playoffs and then pushed to the limit with Vanquish which has so much gunfire, explosions and action on the screen at once I had to take a break just to lower my heart rate. And they held up all while my phone was streaming music and my friends called in randomly to test out the Bluetooth connectivity.

As I was coming to the conclusion these were the Jesus headphones from another galaxy, I was having trouble justifying the hefty price tag. At $249.00, the PX5’s are going to be worth more than your actual console, so it’s going to be up to you whether or not you’re willing to cough up the dough. Turtle Beach does have a cheaper wireless pair, the X41’s at $199, but with no bluetooth, no programable settings and no voice manipulation. For what its worth, an extra $50 really gets you that much more.

Hats off to Turtle Beach, the PX5 Headphones are a phenomenal achievement and have set the standard for console gaming headphones. My only wish was that I was able to hold onto these a little bit longer.

Overlooked In the Used Bin: Vanquish