For as long as I have been a videogamer (and it has been a bit longer than I care to admit), my mom was a videogamer. Not the “pwn noobs” type of gamer, mind you, but more someone who recognized and appreciated the entertainment value of a good game. Considering how many of my friends’ parents viewed videogames as a waste of time and money, you could say I was very lucky, and her approval of gaming set my love of videogames in motion. 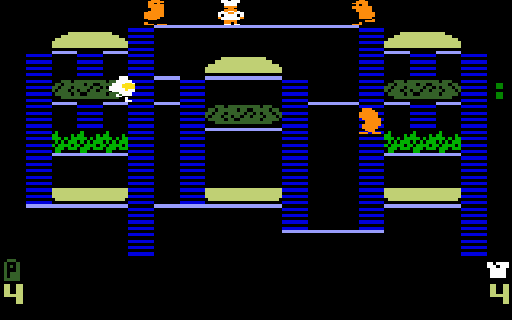 When I was 5 or 6 years old, my parents bought my older brother and me an Intellivision. It was the first real videogame console we owned (my brother had a collection of Coleco Telstar consoles, but I don’t count those), and when Mom would send us to bed, she went into the den, fired up the old wood paneled beast that was our TV and got down to some serious gaming on the other wood paneled beast that was the Intellivision. Lock ’N’ Chase. Burger Time. Donkey Kong (and it was a God-awful port, at that). Astrosmash. Every once in a while, she would get a score that she was proud of, take a Polaroid and stick it on the fridge to rub it in our faces. She ended up buying me an Intellivision II for my birthday, and while she always told me it was because she wanted her TV back, I think she wanted my brother and me to play Baseball in my room while she robbed banks, destroyed meteors and jumped over barrels in the living room. And while our library grew by leaps and bounds thanks to the Videogame Crash of 1983 and various liquidation sales, she still stuck with the same four games. Oh, once in a while she’d watch us play B-17 Bomber or Tron: Deadly Discs, but she was happy with what she knew and loved. Even when my dad brought home an Atari 2600 that he bought on sale, Mom stood by the Intellivision.

Later on, when the Intellivision got moved out to make room for the VCR, my Intellivision II made way for a Commodore 64. Mom re-entered the work force and seemed to move on from videogaming. Occasionally she’d play Hunchback (typical side-scrolling jump-and-avoid-the-fire-pits platformer) on my C64, but certainly not with the same vigor that she took to the Intellivision—probably because I was primarily using the C64 for school work (or so she thought). No doubt she would’ve felt guilty forcing me to stop writing my term paper for earth science, even if I was actually playing Commando or Summer Games or Dino Eggs instead. 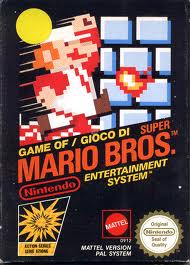 Fast forward to high school. For my fifteenth birthday, my folks bought me a Nintendo Entertainment System. Of course, since I was on a school trip to Spain at the time, they decided that they had to make sure everything worked, so Mom hooked it up to my TV. I came home to Super Mario Bros. already in the console. I thought that maybe this was just an elaborate setup to save me the trouble of setting it up through my first serious case of jet lag, but no—Mom had already gotten to World 4-1 before I had the chance to turn the damned thing on! Super Mario 2 lost her; it was too much of a departure from the original to interest her. Not even the expansive Super Mario 3 pulled her back in. So I got to game without interruptions… mostly. She got hooked on Ice Climber—an underrated first-party classic for the NES—at one point, but with the NES in my room I still had control.

After I went away to college, Mom retired from the work force, and the videogame bug came back with a vengeance. The Sega Genesis and my TV went with me to the dorms, but she didn’t seem too upset by it. I thought maybe she’d take over my NES, but I was wrong. By the time I came home for winter break, she had already bought herself an SNES and built up a small collection of games. There was Super Mario World, of course (I think we’ve established that platformers were always her favorites), Wheel of Fortune (always her favorite game show), and budget titles that only a mother could love, like Out to Lunch. I don’t remember much about the gameplay for that one (something about a chef and runaway vegetables), but I’m pretty sure Mom spent just as much time on that as she ever did with Mario.

Mom’s birthday fell a week before Christmas, so it afforded me the opportunity to combine both gifts into one larger gift, and in 1997, I bought her a Nintendo 64. Four years later, I bought her a GameCube. And while she enjoyed the Mario games for both systems, she discovered a new series that she enjoyed just as much: Banjo-Kazooie. She had both N64 games, and I even bought her the Game Boy Player for the GameCube so she could play the Game Boy version of Banjo-Kazooie and Ice Climber. And every so often after I moved out, she’d call me up and invite me to dinner. She always used her chicken parmigiana as the bait to get me to help her out with some part of a game that, try as she might, she couldn’t get past. She took pretty well to the 3D gaming transition 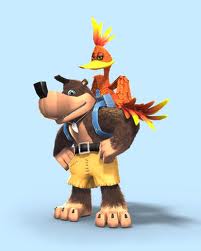 (after a little bit of an adjustment period, anyway—Super Mario 64 frustrated her for about a week), and deep down I think playing games kept her mentally sharp. Even with her eyesight failing, she still managed to play for an hour a day or so, and her hand-eye coordination didn’t seem to suffer any.

Mom passed away five years ago today, so she missed out on the Banjo-Kazooie sequel for the Xbox, New Super Mario Bros. Wii and a whole generation of games she would’ve enjoyed. I can’t imagine that she would be one for flailing a Wiimote wildly at the screen at her age, but I think Nintendo’s Virtual Console or Microsoft Game Room would’ve piqued her interest somewhat, just for the chance to relive the days when my brother and I were kids and she saved the planet from meteors.

Kenneth Branagh, We Would Have Words With Thee!