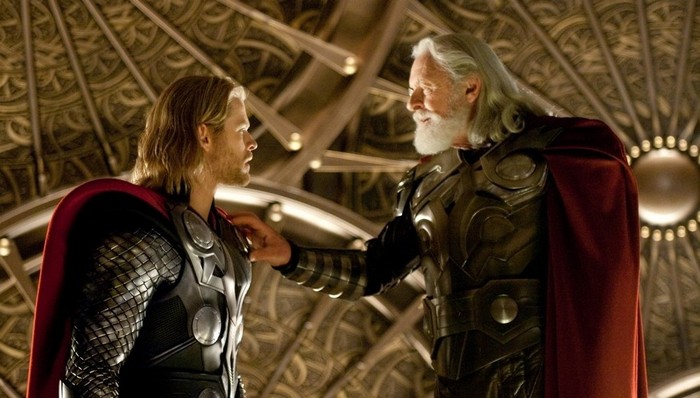 Somehow, against all odds, Marvel Studios found the one person in Midgard truly worthy of lifting Mjolnir.

Before his star-making turn in Thor, hitting movie theaters today, Americans had exactly one scene from J.J. Abrams’ reboot of Star Trek with which to judge Chris Hemsworth.  Sure the actor had done some television work in his native Australia and had worked on two movies, Joss Whedon’s Cabin in the Woods and the remake of Red Dawn, which have yet to see the light of day.

But there wasn’t enough of a track record to justify anointing the 27-year-old as heir to the throne of Asgard and putting two franchises (including The Avengers) on his broad shoulders.

Director Kenneth Branagh, however, told this reporter for a Wizard Magazine interview that after searching through the nine realms and despite the pressure to cast a name actor for the top of the marquee, he knew he found his God of Thunder.

“We met some wonderful actors I have to say who might have made wonderful Thors,” says Branagh. “But Chris was able to show us an ability to revel in Thor’s power and enjoy his strength. But also he could convey an interior life very convincingly.

“These moments of Thor’s thoughtlessness and then — as our story progresses and he’s forced to change ways — his thoughtfulness. Both qualities needed to be embodied. So he needed to have the reflective thinker and the intuitive spontaneous and dangerous man in him. And he needed to revel in both. Chris was able to do that.” 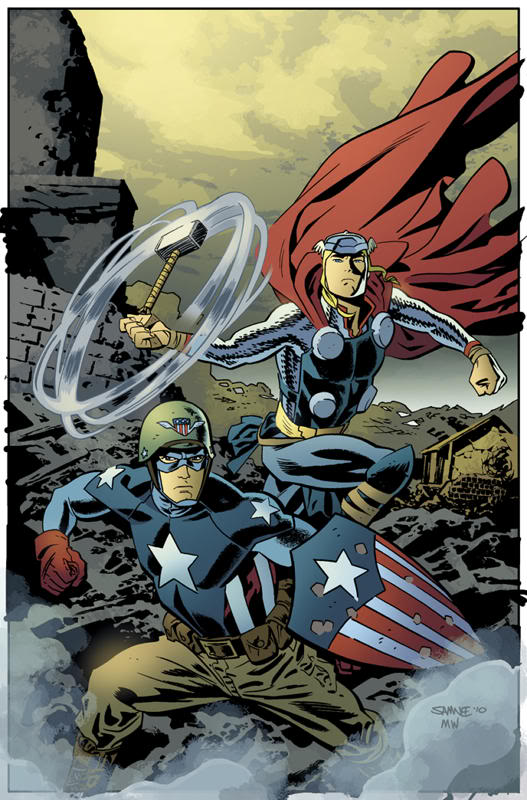 Nailing the casting is what makes Thor a very good superhero movie instead of a mediocre one. Of course, it never hurts to have Sir Anthony Hopkins as Odin to act opposite you – a man who can read the phone book and give it gravitas. In my book though, Hemsworth owns this movie, joining the pantheon of great comic book movie casting jobs – alongside Heath Ledger as The Joker, Ron Perlman as Hellboy and Hugh Jackman as Wolverine.

If Hemsworth had been a screwup, then not even the Masters of Evil could’ve done more damage to the Marvel Studio’s whole franchise-within-a-franchise master plan. Now we know the Avengers are assembling with at least two thirds of the big three in good hands in Hemsworth’s Thor and Robert Downey Jr.’s Iron Man. The jury will be out on if Chris Evans will be worthy of Captain America’s shield until The First Avenger opens on July 22, though Steve Rogers’ boots are almost impossible to fill.

It isn’t always easy to play a superhero. As good a job as director Tim Burton did with the first Batman movie, Michael Keaton couldn’t fill the costume, both literally and figuratively. Jennifer Garner as Elektra? Somebody give me a sai so I can gouge out my eyes and never see that again. (And I’m still trying to exorcise the memories of Keanu Reeves playing my all-time favorite character, John Constantine. Talk about hell!)

Despite Thor’s reputation from the comic books at being largely a big blonde brute, Hemsworth had to put in a lot of work to make the character work. He may be 6’3” or 6’4,” by the actor’s own estimate, but Hemsworth told me he felt very mortal trying to bulk up to look like a God.

“I just looked at the comics and noticed that the guy was huge, so I certainly felt some big pressure to pull that off when I started,” says Hemsworth. “That was exhausting.

“There was six or seven days a week of training and eating every hour and a half. I mean you never really get hungry, you’re constantly stuffing yourself with very boring chicken breast and steak and veggies.”

Food become an all-consuming, pardon the pun, presence in Hemsworth’s life during the filming of “Thor” last year and again now as cameras start rolling on The Avengers. Branagh would often have to delay shooting while trainers forced Hemsworth to eat more lean protein.

“If you’re Thor you want to keep an eye on your blood sugar,” says Branagh. “I’m glad that he did, because I don’t want him getting angry with me. You’ve got a hammer and an angry Thor, you really don’t want to be in the room when he’s not eating.”

You’ve got a hammer and an angry Thor, you really don’t want to be in the room when he’s not eating.

But unlike the Thor of the comic books – with the exception of a few great runs by the likes of Walt Simonson – the Thor of the big screen shows some real humanity. This movie could’ve easily descended into cheese given its Norse Gods on Earth premise in a universe that’s supposed to also house the gritty realistic vibe of Iron Man if Hemsworth couldn’t pull off being more than just a muscle-bound warrior.

That’s where Branagh, a Thor fan since his childhood comic-collecting days in Belfast and the greatest Shakespearian actor of our time, earned his pay-check.

“There’s an exterior strength and toughness to [Thor], but underneath there’s at times a lot of confusion and vulnerability and that was great to explore,” says Hemsworth.

It all adds up to a performance that our will be sung in the hills by future generations – or at least talked up on the Internet over the coming days. A Thor worthy of the hammer walks among us. 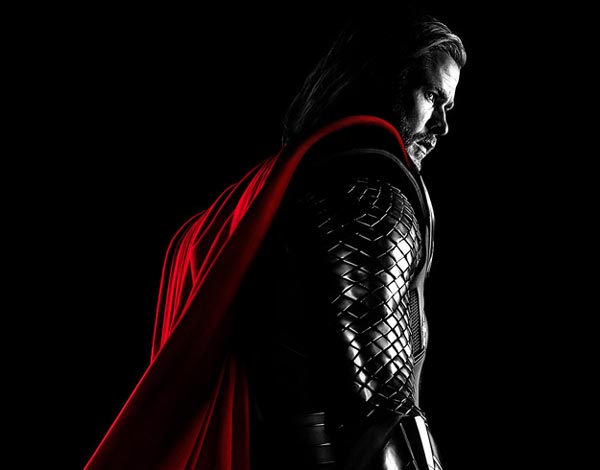 My Mother the Gamer