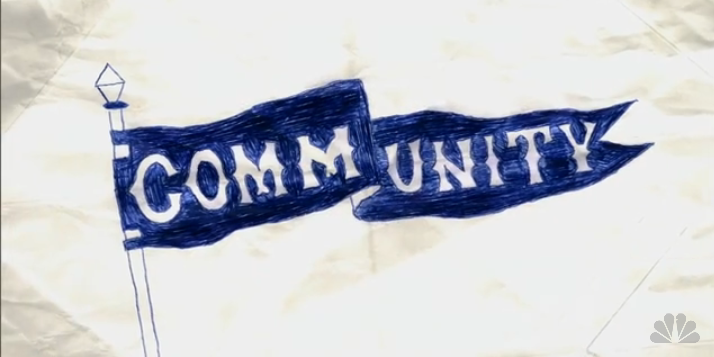 It’s a rare sight to see anything close to Dungeons & Dragons as the main plot of a major network show. Yet, that is exactly what this past week’s Community pulled off with flying colors. Centered on the character Fat Neil and his love of D&D, the group decides to band together and possibly play the greatest game ever.

I will preface this by saying that I have played a total of 1.5 games of D&D in my life. I was invited to join a game when some of Team Unwinnable (mostly all of them) decided to bring back their years old campaign from hiatus. Since I had never played it before, I agreed to give it a go and see what it was all about.

Considering I quit after my second game, I didn’t do so well.

Regardless, I still see an importance to the game. I have seen first hand the joy and excitement my friends get from mentally traveling to far off lands, building up their character stats and un-boxing a fresh new set of twenty-sided iridescent dice. It’s the investment of imagination in the game that sets it apart from anything else because it is you who is making it all happen. Community takes that idea and runs away with it.

The show pulls no punches; right out of the gate the mood is set with orchestra music, a medieval narrator, Knights of the Round Table transitions and each character is defined as if they had their own character sheet. The brilliance of this episode is that as the game goes on, it begins to reflect the real world as each character develops along with their D&D character, acting as such (some a little too much, as you will see with Señ­­or Chang’s memorable appearance). The episode does a great job creating moments of character interaction in the game that will have you using your own imagination and possibly taking notes – like when Hector the Well–Endowed and the sultry Elf Maiden meet up to discuss a bargain for several Pegasus…Pegasuses…uh…Pegasi? I encourage you to watch one of the funniest episodes of television – immediately.