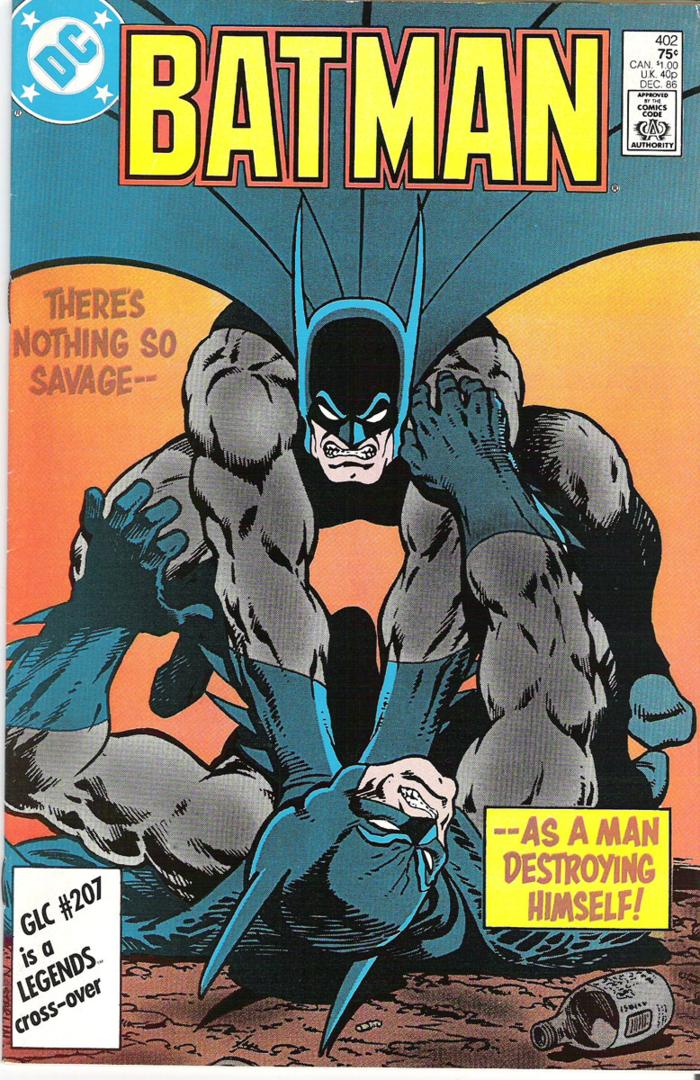 My first experience with Batman came from watching the campy 1960s TV show.  When I started reading, I would pick up random Batman comic books at the local sweet shop.  I distinctly remember Batman # 402.  The cover image of Batman strangling himself made me realize Batman was growing up with me.  I went on to read Year One, A Death In The Family, Killing Joke, Dark Knight Returns and all the monthly Bat Books until the Knightfall debacle rolled around.  Then I just watched Batman: The Animated Series.

David Finch first came to my attention when I read Avengers # 500.  His rendition of a savage She-Hulk ripping Vision in half was damn terrifying.  I’ve followed Mr. Finch’s art ever since. When I heard he was taking on both the art and writing duties on DC Comics new Batman monthly, Batman: Dark Knight, I was understandably curious.

I picked up Batman: Dark Knight # 1 with the rest of my four-color stack this week and it wound up being the first comic book I read in 2011.  I have to say, I was pleasantly surprised.  This is classic Bruce Wayne Batman! 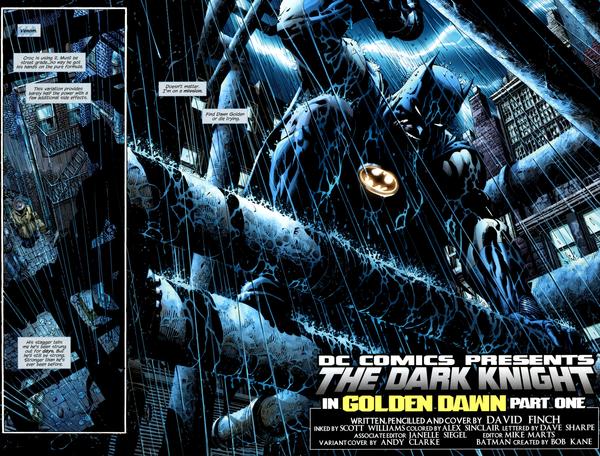 This is David Finch’s first time out as both a writer and an artist.  His highly detailed style along with his menacing use of shadow really made the book stand out visually.  The dialogue was a little clunky, but that’s completely understandable given that this is his first time scripting a whole comic.  Mr. Finch understands pacing and how to lead the reader to a cool reveal.  That’s a substantial part of storytelling right there.

The other thing that I realized about the issue was that it felt very familiar. At first, I thought the feeling came from the very obvious parallels with the Jeph Loeb/Jim Lee series, Batman: Hush.  I won’t go into them here, as many Internet critics already have – at great length.  I, Dear Reader, will spare you the comparisons.  The only things  I will say are that the story is compelling enough to overlook the similarities and that there are much worse comics to emulate.

The Hush parallels did not convey that persistent sense of the familiarity to me.  No, what tugged at me was something much simpler… Batman: Dark Knight # 1 is a straightforward Batman comic.  We haven’t seen a straightforward Batman comic (Batman Confidential, aside) for a few years now.  After all, Batman stared down the stone face of evil and won.  All it cost him was his place in the time stream. 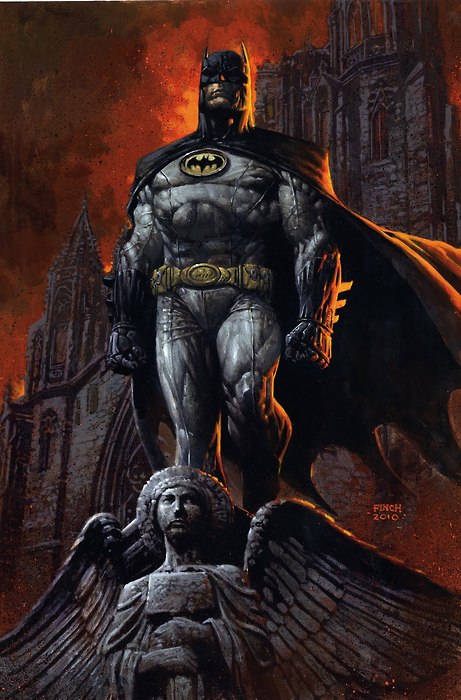 Don’t get me wrong; I LOVE the inventive stuff Grant Morrison has been doing with the Caped Crusader.  Batman is my favorite super hero and he is fresh and dynamic again!  I love not knowing what is up and what is down in Gotham and beyond these days.  With giant squids, Robin taking a crowbar to the Joker and Ninja Man Bats, Batman & Robin and Batman Incorporated are some of the most exciting reads in comics today.

With Batman gallivanting around the world, escalating his war on crime, it would be easy to lose sight of what makes Batman so beloved by fans.  The dark knight detective has been a one-man army against the forces of evil for so long that it’s very easy to bash his current direction.  The Internet does that very well, the bashing thing.  So, when Batman: Dark Knight read like one of those classic Batman tales from the 1980s and 1990s, it felt right.  This is Bruce Wayne in his element!

Batman: Dark Knight # 1 has mystery, a damsel in distress and monstrous rogues – everything a classic Batman story needs!  We haven’t had those kinds of Batman stories since Paul Dini’s Detective Comics arc, Heart of Hush (which ran concurrently with Batman: RIP).  Sure some folks yell and scream that it’s all too familiar, but they’re also screaming about the fearless direction the other Batman comics are moving in.

There’s something to be said for the classic style Batman story.  The formula has kept the character going since 1939!   The thing about Batman is that his current readership came to the character at different stages not just in their own lifetimes, but in Bruce Wayne’s fictional life too.  However, the the Bat Books status quo has remained unchanged since the 1970s (Knightfall aside). 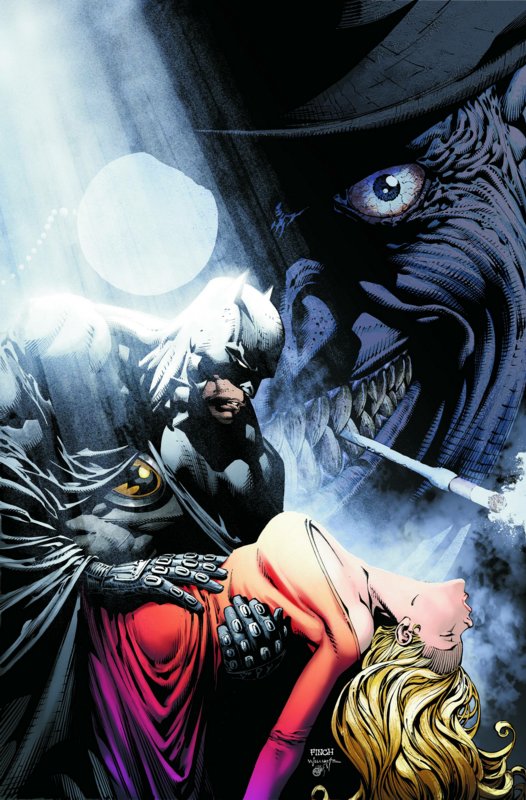 The Guardians of Mediocrity