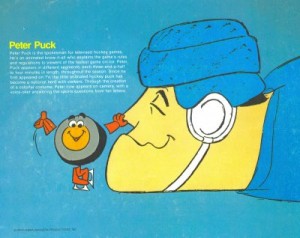 The NHL has to be very happy as they ring in 2011. Ecstatic. Giddy, even. All this because their showcase event, the New Year’s Day outdoor tradition that is the Winter Classic, has been an unmitigated success since it was launched in Buffalo in 2008. This year’s edition pitted the league’s two marquee players against each other, as Alexander Ovechkin’s Washington Capitals beat Sidney Crosby’s Pittsburgh Penguins 3-1 under the lights at Pittsburgh’s Heinz Field, and the end result was the highest TV rating the NHL has seen in the United States since 1975. And that’s despite rain pushing the game from its usual mid-afternoon time slot into prime time. As a hockey fan, I’m thrilled that the NHL has struck pay dirt with this idea, because so many of their other ideas have fallen flat. And they’re about to fall flat again thanks to a new ally – Stan Lee.

First, a brief history of the NHL’s bad ideas: Back in the 1970’s the NHL and NBC tried introducing the game to American audiences with the help of a Hanna-Barbara produced cartoon where the anthropomorphic Peter Puck explained the rules of the game. When FOX picked up the NHL’s TV rights package, they decided to make the puck easier to follow by putting a light blue glow around it, a glow that turned red when a player took a shot (which is exactly what hockey purists like myself did whenever that gimmick manifested itself). The league has made multiple tweaks to the All-Star Game format in an attempt at garnering interest in the mid-season exhibition, from changing the venerable conference format to “North America vs. The World”, moving it to a weekday in prime time on Versus, and reducing the whole thing to a pickup game this year by letting two captains pick from a pool of 42 players. However, the “fantasy draft” (and, yes, that’s how the NHL is marketing this) isn’t the worst thing that will be debuted in Raleigh, NC during All-Star Weekend at the end of the month. No, that honor goes to Lee’s Guardian Project, whose first adventure will be shown during one of the game’s intermissions. 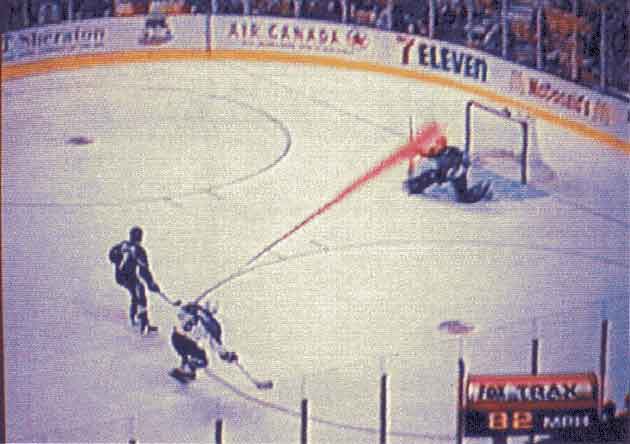 The Guardian Project is Stan Lee’s latest superhero project. His plan is to introduce 30 superheroes, each based on one of the 30 teams in the NHL. Ever modest, Lee has described the project as “the next big thing in entertainment.” Now, I’ll admit that I’m not much of a comics fan. The only comics I’ve read fall more under the “graphic novel” genre – Watchmen and the Scott Pilgrim series. But on the surface, to me the whole thing just looks silly. As of this writing, the NHL and Lee have unveiled three of the Guardians, the (Pittsburgh) Penguin (take a minute to let the irony of Marvel’s former president coming up with a character called The Penguin for a second), the (Los Angeles) King, and the (Carolina) Hurricane. While I don’t doubt that it’s very hard to come up with 30 original sets of superpowers to flesh out an entire team, it does seem like there’s a good chance that we’re going to see quite a few similarities to other already established superheroes. The Penguin glides around on a sheet of ice, just like Iceman, and the King bears more than a passing resemblance to Thor, only with an earthquake-causing sword (and here we were blaming shifting tectonic plates…) and a goalie helmet. And while the Hurricane seems to be able to control the wind, he was completely helpless to keep the rain away from Heinz Field last weekend.

It looks like the masses have already spoken, judging by the impact the Guardian Project has made on social networking sites. The Guardian Project Twitter feed is being followed by barely 300 people; the New York Islanders have the fewest Twitter followers of any NHL team with over 20 times that amount. The Atlanta Thrashers, the league’s Facebook cellar dwellers, further trounce the Guardians, this time 15,000 to 4,400.

Then again, maybe I’m looking at this the wrong way. Despite Lee’s stated desire to reach out to hockey fans regardless of age, there’s a chance that this will go over well with kids. Not a lot of folks in the single-digit-age set are hanging out on Twitter and Facebook (or so I would hope), so the numbers obviously wouldn’t reflect that. Perhaps this will be the hook for a generation of children to develop an interest in hockey. Or maybe the Guardians will be relegated to the sports scrap heap along with the XFL, Cooperalls, and Disco Demolition Night.

The Soundtrack to the Games of Our Lives