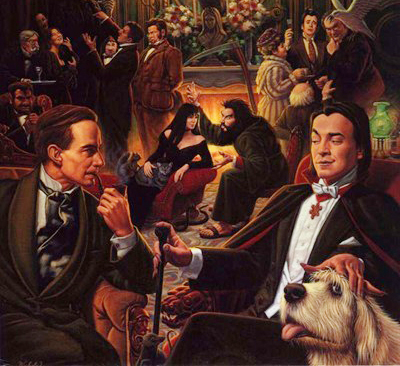 I am a watchdog. My name is Snuff. I live with my master Jack outside of London now. I like Soho very much at night with its smelly fogs and dark streets. It is silent then and we go for long walks. Jack is under a curse from a long time ago and must do much of his work at night to keep worse things from happening. I keep watch while he is about it. If someone comes, I howl.

And so begins A Night in the Lonesome October, by Roger Zelazny, a book I have read every October since I first spied it sitting on a low shelf of the Waldenbooks at the Ocean County Mall.

Pulp, in all its forms, is essentially formulaic. Genre stories are built on rules and are compelling not because of their plots, which can usually be summarized in a single sentence (man longs for forbidden knowledge, finds it, and is punished; detective pursues criminal, overcomes deathtrap and captures his quarry), but because of the variations of the details within the plots. Rules can occasionally be broken, but break too many and you find yourself outside the genre you started in. Sometimes, though, rules can be turned in on themselves and genres combined to create something new yet old that that stands as a perfect distillation of everything that came before.

In terms of the spookier genres, Mike Mignola’s Hellboy does this in comics. The Monster Squad did this for the movies and the recent Costume Quest did it for videogames. They all make good company for A Night in the Lonesome October. 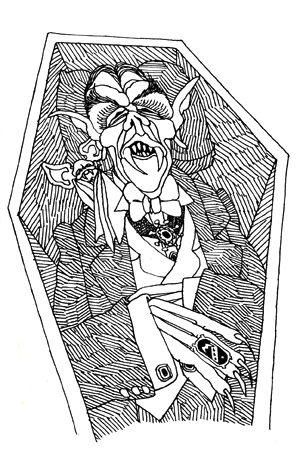 The entire novel is told, in daily chapters over the course of the month, from loyal Snuff’s perspective as he and Jack prepare for a ritual that will occur by the light of Halloween night’s full moon. At stake is nothing less than the fate of the Victorian world, for the ritual can either open the way for the terrible Elder Gods or keep them shut out. Snuff and Jack’s success is dependent on how well they play the Game, that is, they are competing (and sometimes allying) with a rogues gallery of Openers and Closers who also seek to influence the outcome of the ritual, eccentric folks like the Count, the Mad Monk or the Good Doctor with his hulking Experiment Man.

Zelazny basically takes a handful of horror classics – Universal monsters, the Cthulhu Mythos, Hammer films – tosses them together in a literary cauldron along with a hearty helping of mystery (the Great Detective and his loyal companion also figure largely in the plot) and cooks up a witch’s brew of cleverness. Lonesome October goes far beyond homage and becomes something not unlike a true mythology. It is about as perfect a novel as I have ever read.

I am obviously a fan (just ask me about my half-finished screenplay adaptation, or note the fact that the book influence the naming of my cat) but aside of how important I believe the book is, the bottom line is that it is fun.

Creepy cartoonist extraordinaire Gahan Wilson contributes illustrations that, true to style, are bizarre and humorous all at once. Since I practically have whole chapters memorized, I envy first time readers the opportunity to puzzle out the machinations and allegiance of the players of the Game. Meanwhile, the number of references Zelazny drops gives genre fans plenty of reason to come back for subsequent readings.

In writing this, I can’t help but wonder what sparked my motivation to read Lonesome October over and over again. While the book is steeped in wit and is so well wrought it makes writers like Neil Gaiman and his ilk look like hacks, sixteen is a lot of times to read a book.

But, that I still find value in it after all these years, that I am reading it once again (though I am only on October 9th in the book and my real-life October 31st deadline is looming large) is testament to its worthiness. I imagine few people will embrace it with quite the same enthusiasm as I did, but any readers who loves horror, mystery, magic and intrigue owe it to themselves to track down a copy of A Night in the Lonesome October.

Even if you wind up reading it in November.

A Night in the Lonesome October is, lamentably, out of print, but copies of the mass-market paperback are easy to come by. Don’t let the cover, which is in the style of Generic Fantasy Genre Paperback Art, put you off.

And yes, I kind of think Neil Gaiman is a hack without having to compare him to one of my favorite books. 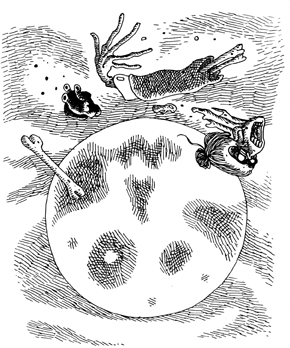 A Coward Dies A Thousand Times, A Hero Dies Off-Screen

Houdini: In The Shadows of the Leviathan