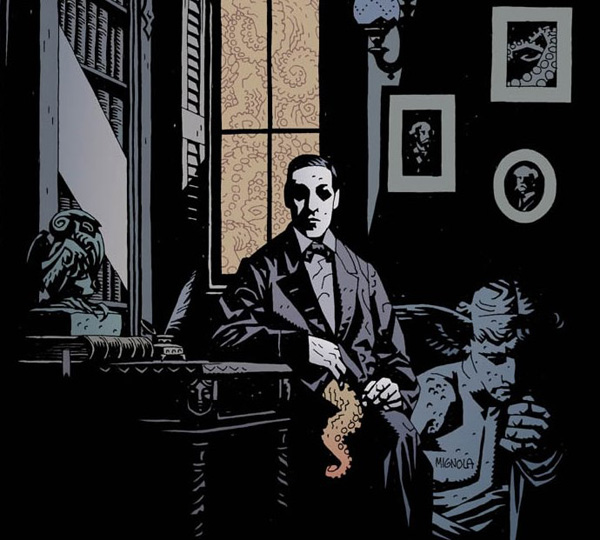 “I admire him for his style, his monomaniacal precision, the ‘weirdness’ of his imagination, and the underlying, intransigent tragic vision that informs all of his work. He’s an American original, whose influences on subsequent writers in the field is all-pervasive.”

On March 15, 1937 arguably the most influential writer in the field of science fiction and horror lay dying of kidney disease and intestinal cancer, thrashing alone in a hospital bed in his beloved city of Providence, Rhode Island. When the thrashing stopped, weird fiction author, H.P. Lovecraft was dead. While Lovecraft was not widely published during his lifetime, he was a master epistolarian; penning thousands of pages of letters to other writers, and through those letters he created a tight knit circle of literary friends, supporters and followers. Some of whom would go on to become well known authors as well; luminaries such as Robert Bloch, Robert E. Howard, and August Derleth. After Lovecraft’s death, his friends August Derleth and Donald Wandrei gathered his writings, edited them, and formed Arkham House, a publishing company specifically created to publish the works of H.P. Lovecraft.

Why should they have bothered though? At the time, Lovecraft was a scantly published writer of weird tales. He was barely making a living by ghost-writing and doing rewrites of other people’s stories, but through his letters he’d made a lot of friends. He espoused a lot of philosophy about the art of writing the weird tale, and would often send, in his letters, full handwritten novelettes for his friends to enjoy; and this is, I think, the key to Lovecraft’s posthumous success. He’d create a world, and then share it with his friends. He fostered the talent of young writers by reading their work, giving them advice and sharing it with others in his circle. Any of the worlds he created, the creatures he populated them with, and the dread tomes of ancient lore he’d described were open to the public. He’s an author who encouraged others to expand on his ideas, to set their own stories in what would become known as the Cthulhu Mythos. He created an open source, creative commons universe decades before those ideas were to become in vogue. If he did none of this, his work would have certainly died when he did.

“That is not dead which can eternal lie, yet with strange aeons even death may die.”

Which leads me to an interesting idea, did Lovecraft have to die when and how he did in order for Lovecraft’s work to live on? In a November 1935 letter to E. Hoffman Price Lovecraft wrote “I don’t know that there’s much use in further [fictional] experimentation.” In subsequent other letters he often resolved “to write no more tales.” If Lovecraft had lived past the unromantic age of 47 it’s likely that, while he would have continued to dabble in weird fiction, he may have never sought further publication. Many of his experiences in being published were negative and stressful, always putting him on the path to success only to have it yanked away. A paperback of The Shadow over Innsmouth was published in his lifetime, but according to Lovecraft was so riddled with errata that he found it embarrassing. A collaboration with C.M. Eddy Jr., on “The Loved Dead” (published in 1924) caused controversy due to intimations of necrophilia within the tale, a controversy that would sour then Weird Tales editor, Edwin Baird, on using any further Lovecraft stories—until “The Call of Cthulhu” (published 1928). 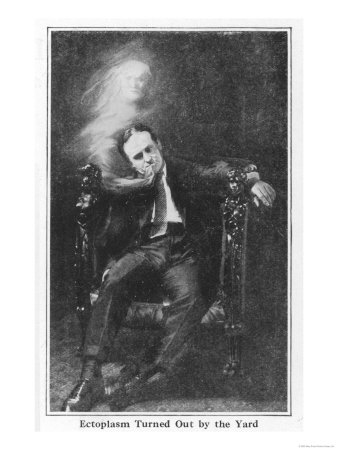 Then there’s Lovecraft’s brush with fame when he had ghost-written a story for Harry Houdini. The escape artist wanted to work with Lovecraft and Eddy on a book about the dangers of supernaturalism titled The Cancer of Superstition, unfortunately Houdini died before plans could be finalized. Who knows what Lovecraft would have done with his writing, his stories and letters, had he a chance to decide. Instead, upon his death his work has been allowed the freedom it deserves; a freedom that was, and still is, hungrily devoured by mainstream and pop culture.

Come back tomorrow for the second chapter of Lovecraft Must Die!