Where previous issues of Minutemen seemed focused in the 1930s and 1940s, writer/artist Darwyn Cooke moves the story forward with an issue that feels out of place with the previous issues (but only because it spreads itself around so much). By the end of the issue, however, Cooke’s plan is starting to form and the ramifications are both illuminating and chilling. 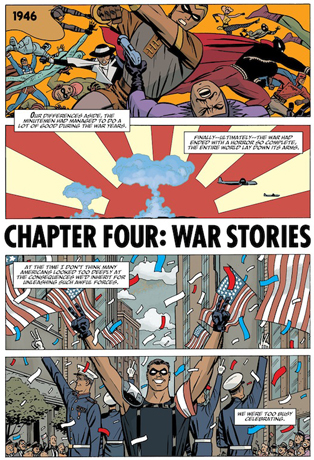 Cooke’s best work in the issue is really in capturing the internal conflicts of its lead characters, from Nite Owl to Silk Spectre to The Silhouette to The Comedian. Cooke deftly moves between these characters with ease, giving each his or her own personality and tone. As Hollis’ story unfolds, the layered history of the Minutemen becomes more lucid and readers can see a sordid past forming.

My one gripe is with The Comedian. Edward Blake bares his soul in a very un-Eddie like way at one point, and where he was presented as a man of few morals in Watchmen, he’s shown more as a man whose last remaining shred of humanity was washed away due to one particular experience. This took me out of the story a bit as Eddie was always seen as unscrupulous, and confident in his lack of ethics.

The art, however, is fantastic. Cooke’s illustrations are perfectly depicted and he moves the story along with a consistent and self-assured pacing. The symmetry of the visual tone is presented with aplomb, and Cooke’s artwork helps make the comic great. That said, colorist Phil Noto is the real star – his work creates vibrancy for the images and there are moments of beauty, particularly in a scene at a graveyard.

Given the final moments of the book, I’m even more curious to see how this story plays out. While I have been able to keep the Before Watchmen books at arm’s length from Watchmen, the interconnectivity is starting to show and I’m not sure how it will affect my future reads of the series.

If nothing else, Minutemen is a consistently good read and a worthy homage to the original series. 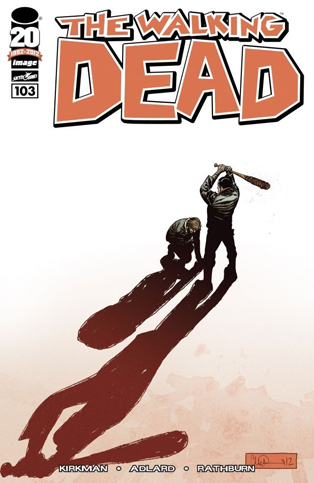 How many times can a character drop the f-bomb in one issue? A lot, it turns out. I bring this up because while the latest arc of The Walking Dead is pushing characters to their limits, the over-the-top villain, Negan, is making the series an arduous read.

The last issue revealed that while Rick is going to give away his supplies to a guy who bashed Glenn’s head in with a bat wrapped in barbed wire (named Lucille), he has a plan to get his revenge as long as everyone plays along. The comic is mostly set up as to why Negan deserves to die, and despite a few moments where I wondered what he was going to do, the narrative was really standard fare.

If anything, the previous issues have established Negan as a psychopath, but all he does in this issue is swear and threaten. For a guy who appeared so violent and unhinged in previous issues, he takes on a standard villain role in the latest issue. Pacing suffers because of this as the dialogue-heavy writing makes the final moments of the comic come too quickly, nor is the last panel a great climactic moment. (Furthermore, artist Charlie Adlard doesn’t get to do much of his best work – solitary panels used for effect – because of the amount of dialogue.)

I feel like this arc has been a letdown. I keep waiting for something to occur, but the previous two issues have only been exposition rather than action. Additionally, Kirkman hasn’t really followed up the emotional moments of Glenn’s death with anything substantial.

I can’t give up yet because this is the guy who gave us the Governor. I can only hope that Kirkman gives us something as spectacular in the future. 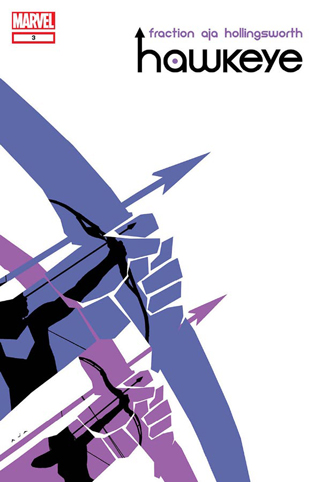 Bannen’s Book of the Week: In his new series Hawkeye, Matt Fraction has found the formula for witty banter, strong pacing and interesting characters. Issue #3 is a mix of everything that works well in regards to both character and story, and while the comic may, at times, border on being too clever, the fun I had while reading Hawkeye was not dampened in the least by the ingenuity the narrative displays.

When I say Hawkeye is too clever, I mean that the dialogue is a little too well-structured for such a chaotic lifestyle – that is, to anyone but a guy with a boomerang arrow (Clint uses several different arrow types throughout the issue).

The buoyancy of the dialogue is also great. Nonsensical phrases are repeated for humorous effect, and there are times it elicits laugh-out-loud moments. Clint has the best lines of the issue, but time is given to both Kate Bishop and a series of villains pulled straight from A-Ha’s “Take On Me” video.

David Aja is also to be credited for his panel construction and pacing. His images are perfectly drawn, both in focus and detail. Matt Hollingsworth’s colors don’t stray too far from a similar palette, so the comic lacks a visual vibrancy. That said, I wouldn’t condemn the book for this because the art is already so striking that an elaborate color scheme might be too much.

Hawkeye is fast becoming my favorite book to read. The lack of canonical connection to the rest of the Marvel universe gives the story freedom to move in its own world, and having Clint battle comic goons rather than aliens or X-Men keeps the story light. Each issue has been better than its predecessor, with Fraction’s established tone lending an upbeat energy to the series that makes it an easy repeat read. If you’re not picking this up, you should. And if you are already reading it, I hope you’re loving it as much as I am.