Nintendo’s Metroid series is one of the most beloved in gaming. It comes as no surprise; there’s something there for everyone. There is action and exploration for hardcore gamers and, in the early days, that was combined with a simple brand of side-scrolling gameplay that just about anyone could love.

Imagine my surprise when I learned that some people have issues with Metroid: Other M, the latest entry into the canon, not because of the gameplay or visuals or any of those important videogame qualities.

What do people hate about Other M? They hate Samus. 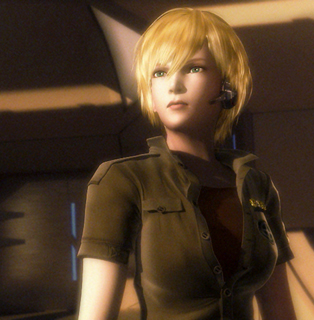 Yes, Samus Aran, the gutsy heroine of the series has become the object of scorn because it turns out she’s not a living up to her reputation as a Strong Female Character. Apparently, firing missiles at doors that only you can get through or leaving a solo act as a bounty hunter to help a team of men isn’t enough to make for a strong female character.

I first heard about all this a week after I posted my review of the game. A friend told me via Facebook that, apparently, people were “horrified” – yes, a term usually reserved for genocides and serial killers – at the changes in Samus’ character and personality. My reaction: I laughed so hard I nearly cried.

What do people hate about Other M? They hate Samus.

Why? Because Samus never really had a personality to change.

The previous games had a quasi-cut scene here, a bit of exposition there, but very little else. Samus was largely a silent character and the story fades into the background to give way to the exploratory gameplay, backtracking and gradual – if incredibly similar from game-to-game – character progression. This was the Metroid template, ever since that first game on the Nintendo Entertainment System decades (decades!) ago.

What people are upset about has nothing to do with Samus because, suit aside, she has very few trademark characteristics (and no, her muteness doesn’t count as a trademark characteristic). Over the years, people who desperately wanted her to be a Strong Female Character ascribed those traits to her. She never said a word, never argued with the image they wanted. What she did do was blow stuff up, wear a badass powersuit and down aliens Ripley-style. Really, there isn’t much that differentiates Samus from the equally mute Gordon Freeman of Half-life fame. Calling either of them a character at all seems somehow wrong.

Nintendo is now presenting people with a fully fleshed-out Samus. They haven’t ruined her at all, but they have absolutely shattered the Samus that people saw in their mind’s eye. Now she has a full personality and a back-story that you experience rather than read out of the back of the game manual. These aren’t changes to Samus; they are changes to the Samus that certain people want to believe in.

The case against Samus lies in the nitpicking of minor details in the game.

For instance, I have seen arguments that state the game is sexist because Samus can’t use her weapons until Adam, a man, tells her she can. This is a story-driven game and this little piece of plot hides a typical game mechanic that allows Team Ninja to limit Samus’ weapon usage in the same fashion as previous Metroid games. Would it change things at all if a female character enforced the weapon restriction? 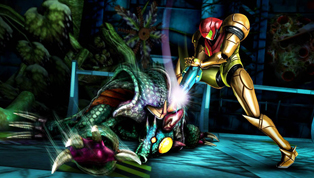 The same goes for later in the game when a man saves Samus. Never mind the fact that by that point, Samus has survived dozens of fights and killed more aliens than you can stuff in an airlock.

Sometimes the truest strength is being able to show a certain measure of weakness. Yes, Samus cries, but take a moment to think about everything she has been through over the course of her series. Isn’t she allowed to break down a bit? And isn’t there a certain brand of confidence and inner strength that one must have to actually cry in public (or in this case, on a videogame screen)?

There is plenty of reason to debate gender roles and sexism in videogames, but Other M isn’t the right battleground for it. In the meantime, if you want a stereotypical Strong Female Character, I have exactly two words for you:

The Growth and Adaptation of Samuslikes

Scenes from the Line for Modern Warfare 3
Previous Post