Games borrow a lot more than level and progression design from Super Metroid – Samus Aran has echoes just like the structures of her games. This is particularly noticeable in several indie games from the mid-2010s, Velocity (2012), its sequel, Velocity 2X (2014), and Matterfall (2017). So little attention has been paid to the protagonist of Velocity that its Wikipedia article doesn’t mention her, despite her development through mission dialogue throughout both games. Hell, she even has her own Twitter account!

That dialogue sets Tana apart from earlier characterizations of Aran and, for the most part, from Matterfall‘s Darrow. Early on, Aran was famously visible outside of her armor only at the ending of Metroid and during death scenes and the ending of Super Metroid. Perhaps in a conscious mirroring, Darrow only speaks at twice in Matterfall: once, to provide a sliver of exposition before the action begins, and then again following the defeat of the final boss. It could be argued that Matterfall keeps the narrative purposefully simple and to the point, but it would be easy to miss that there’s a character inside the suit of armor that the player controls. The world of Matterfall is built through the settings that Darrow fights through, but it would be a stretch to say that her character is similarly developed. 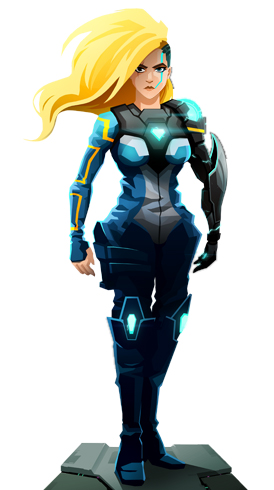 Tana, on the other hand, is a visible and verbal hero throughout the story of Velocity 2X. This differentiates Tana from Aran, who in her earlier incarnation has been noted as an example of “femaleness presented as a reward.” Indeed, the “reveal” that the distinctively armored Aran is a woman at the conclusion of Metroid led to rumors and questions about how to remove that armor. For an example, take a look at this letter to Play Back from 1994 that asks, “Is Samus a babe?” and “Is it true that she takes off most of her combat clobber if you manage to complete the game in under three hours?” (courtesy of Jess Morrissette). In contrast, Tana is thoroughly present and femme throughout Velocity and Velocity 2X. She never has to remove her “combat clobber” or be revealed in anything but her flight suit.

To be fair to Matterfall, it does manage to avoid treating Darrow as a sex object or an unexpected protagonist. Including her narration, the game treats Darrow primarily through the lens of her job. In her opening narration, Darrow says of her operation that “someone has to slip in, clean up the mess and keep their mouth shut.” That’s an apt description of how Darrow runs in, blasts corrupted prototypes apart and runs out without a word on the way. As with Super Metroid, Matterfall can be treated as a quick drop mission into hostile surroundings. With that in mind, Darrow’s closed-mouth style works for her approach.

In the few words that Matterfall provides her, Darrow expresses skepticism about the advanced technologies that she has dropped in to clean up. To her, it’s some kind of stuff that nobody understands, around which people have foolishly developed an economy. With her ability to control versions of uncorrupted matter, however, it appears that her skepticism doesn’t extend far. Her tech is based on the same stuff as that which has gone wild throughout Matterfall’s settings. So while Darrow hardly makes for a Luddite, she also doesn’t strike me as the most exploratory person.

That stands in contrast with a quality that Aran and Tana share. Aran is one of the great explorers of the videogame canon, whose stories emphasize discovery and gradual mastery over alien environments. Tana is a test pilot who navigates a ship with a unique, teleporting warp drive. As the scope of her story expands, she flies through a series of space stations and planetary environments with rogue security systems and hostile forces. 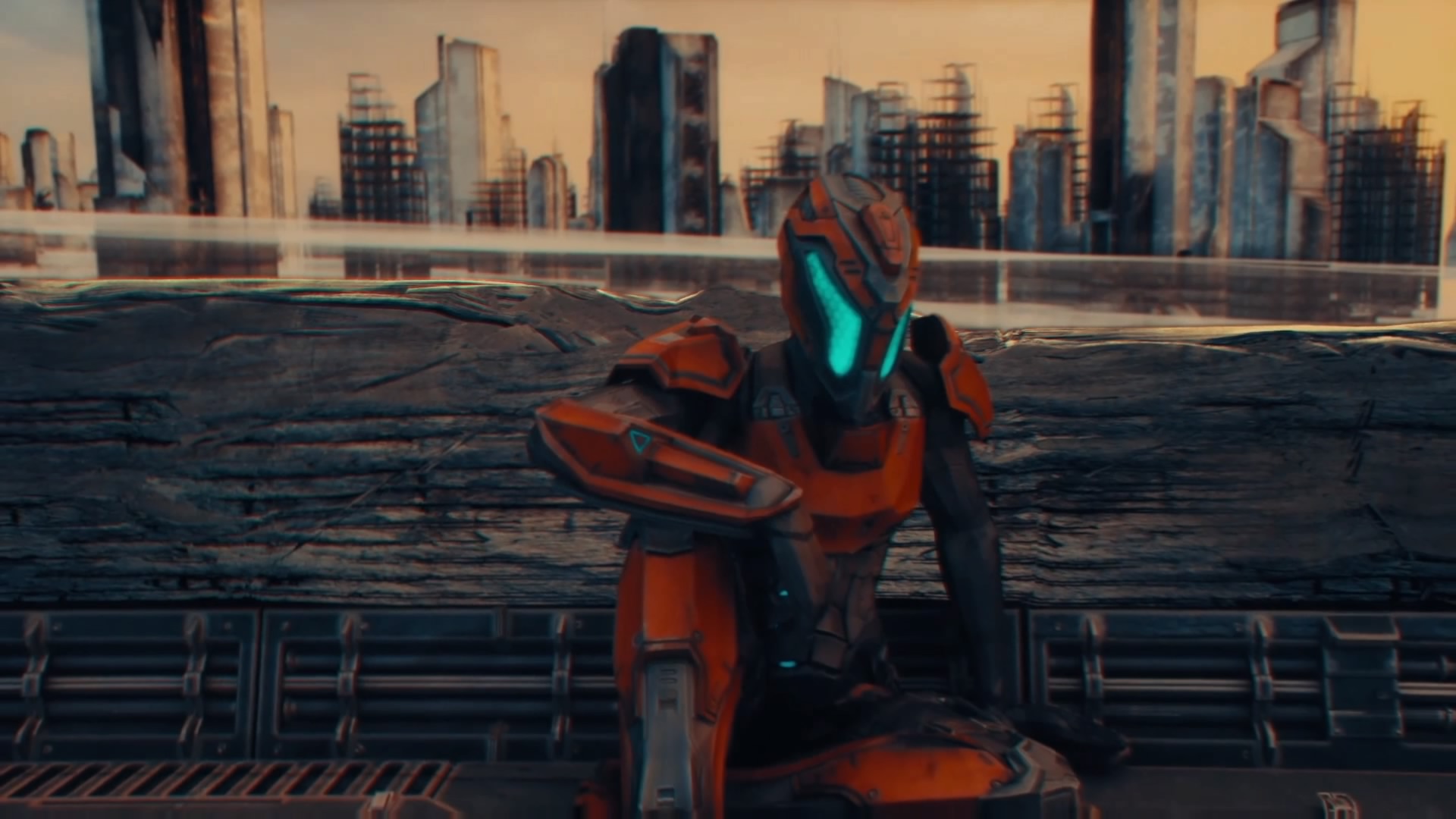 In the first Velocity, levels are preceded by the equivalent of one- or two-panel comics, but they establish some of her daredevil spirit. Her character is much more fully developed in Velocity 2X, which expands on just about everything from the original. After warping to a distant part of the galaxy at the conclusion of Velocity, Tana becomes embroiled in a conflict between a fascist, aristocratic species and the pacifists they have subjugated and enslaved. Taking the side of those pacifists with guns blazing, Tana banters and bombs her way past arrogant generals and through alien society.

By embracing her inner daredevil and do-gooder, Tana grows from the somewhat naive character of the first Velocity. Having piloted through one black hole, she’s prepared to head through another. Tana also emerges from the sketch of the science fiction warrior who somewhat stoically gets on with her mission. She now has more in common with the Aran of the Metroid Prime series than the earlier Metroid games. Velocity 2X is a galactic adventure with scale, and as with Aran’s development from her earlier days, Tana grows along the way. If Matterfall ever has a more expansive sequel, perhaps Darrow would grow to fit it, as well.

As with all echoes, Tana and Darrow aren’t simple replicas of the original. Echoes transform, changing as they bounce off the environment through which they travel. The original, of course, has hardly been unchanged following games in which Aran fights in either a skintight “zero suit” or an outfit consisting of some version of bike shorts, bra and rocket heels. In the meantime, Tana holds it down with her cybernetics, flight suit and half shave. Darrow doesn’t take off her armor for anyone or anything. She jets off from the mission with new tech and payment, and the player need not follow. Whenever Aran’s series gets another entry, her writers and designers should take note.

Don Everhart is a sociologist who thinks games are good to think with, especially when it comes to how they refract culture and society.