There is nothing better than when a person with a passion shares it with others. A collection of classic cars is no good to the world of classic car enthusiasts if it stays hidden away in a garage. Charlie Sheen has a vast and respected collection of baseball memorabilia. How does he enjoy his collection? Most of it is on display at the Baseball Hall of Fame in Cooperstown.

Rob Ilvento, a New Jersey native and the founder of the Cluck-U Chicken chain of college town fast food restaurants, took the Charlie Sheen route and brought his passion for pinball to the public by opening the Silverball Museum Arcade.

Located right on the boardwalk in Asbury Park, New Jersey, the Silverball houses 200 machines from the 1930’s through the present (Ilvento admits he is less than enthralled by the modern games, however, and keeps only a handful on the floor).

The collection is almost shockingly deep. The oldest game on display (unfortunately unplayable, as it is still being restored) is a 1932 Bally Ballyhoo, a largely non-mechanical, tabletop gravity game. The player uses a spring-loaded plunger to launch a metal ball up a wooden track. The ball then rolls down the playing field, bouncing off metal pins (from which modern tables would later derive their name) and, hopefully, landing in one of the holes in the board labeled with a high point value. Overall, it is not unlike Plinko from the Price is Right.

Once legs and flippers were added, the games began to take the form we are familiar with today.

The Silverball was a cacophony of ringing bells, thudding flippers and clicking score tallies. Ilvento weaved us through a sizeable crowd of patrons to show us the highlights, from the antique bagatelles to the first machine he purchased, a 1967 Bally Dixieland. When we come to a stop in front of a 1977 Evel Knievel machine, his excitement was palpable. Not only was this machine his personal favorite, it was also the rarest in his collection. 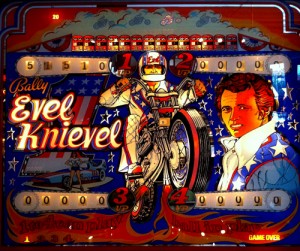 How can a machine released during the golden age of pinball and branded with Knievel, one of the biggest celebrities of the 70s, be one of the rarest produced? In June of 1977, Bally released two versions of the pinball machine, one utilizing the new solid-state technology and the other built in the electromechanical style. While 14,000 of the digital version were release, only 155 of the analog version shipped from the manufacturer. Of them, 128 are known to be extant and Ilvento owns three of them (he also has the digital version, standing right next to its analog cousin).

When asked how he felt about keeping his rarest machine out for public play in the museum, Ilvento shrugs and says, “Why keep them behind glass or in storage? I want people to enjoy them.”

And they do, in growing numbers. Open for just a year, the Silverball is already on its second, bigger location as the crowds (and the number of machines) continue to increase, thanks in part to a reasonable admission price (10 bucks for an hour, 20 bucks for the day; all the games are set to free play, so no quarters necessary). It is not just casual fans either – a loyal following of hardcore pinball enthusiasts and restorers also frequent the museum.

With our tour complete, Ilvento left us to wander the museum on our own. We each found machines we loved, but you should make the trip, get some delicious lemonade from Pucker (there’s sugar on the bottom you can chew!) and pick your own favorites! 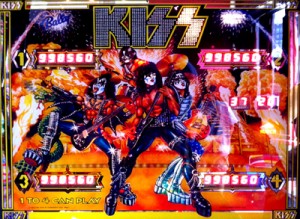 Chuck: I was really impressed by the amount of rock band based pinball machines that have been put out over the years. In my uncle’s basement, there was a 1977 pinball machine based on Elton John’s character in Tommy from Bally, called Captain Fantastic and the Brown Dirt Cowboy. As if that wasn’t strange enough, it turns out a completely different Captain Fantastic was released in 1975. How do I know? It was on display at the Silverball.

There’s plenty more where that came from. A Beatles pinball machine using the likeness of the band from the cartoon television show (not the trippy version of from Yellow Submarine). A 1979 Rolling Stones machine that sports a painting of Mick Jagger’s mouth that could not have looked creepier on the backlit pinball glass. A Data East Pinball Wizard, based heavily on Tommy, including the likenesses of Rodger Daltrey and Ann Margret.

For me personally, though, playing the mythic 1978 KISS pinball machine was my highlight. I have only seen pictures of it before now, but having played it, I can’t help but imagine groups girls in tight t-shirts and roller skates huddled around playing that machine and drinking Tab. 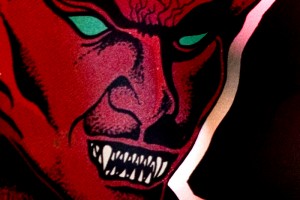 Stu: During the tour, Ilvento mentioned his love of the art that graced the backglass of so many of his machines and that they “tell the story of America.” It may seem an exaggeration, but it’s actually an extremely astute comment. In an effort to constantly be attracting customers to drop a coin in, the pinball machine art reflects the ever shifting changes in popular culture. There are beatniks and cartoon characters and bands, all depicted in art styles that perfectly typify their respective decades: optimistic 50s, the contentious 60s, the decadent 70s. Its a surprising time capsule, but also an engaging one.

Of course, my inner 4th grader prefers the ones with the monsters or aliens or dinosaurs painted on the glass, but my absolute favorite is Gorgar from Williams.

The first pinball machine with the ability to synthesize a voice (“Gorgar is hungry!”), there was a beat up old Gorgar machine in the local Bowl-a-Drome when I was a kid and, for a year or two, I played it any chance I could get. It was a real pleasure to be able to play Gorgar again, especially one that was in far better condition than the one I played over twenty years ago.

Silverball is a time capsule indeed. 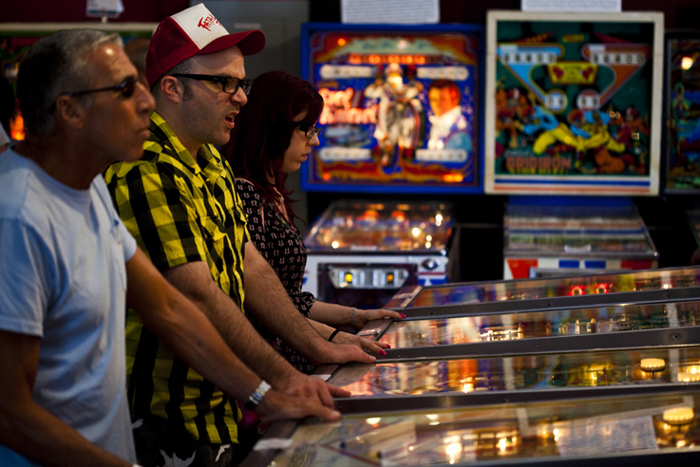 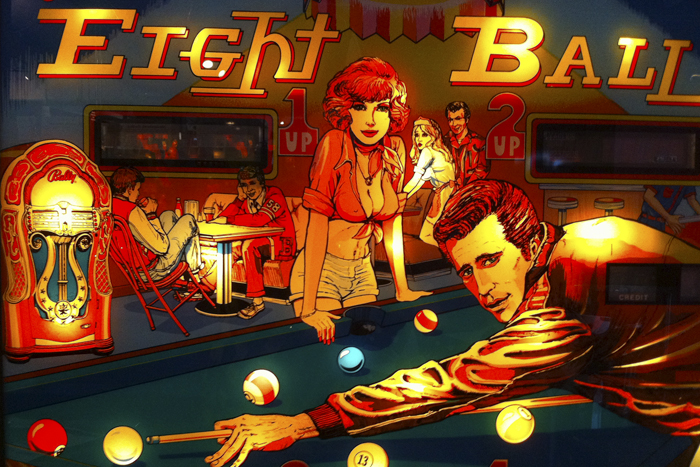 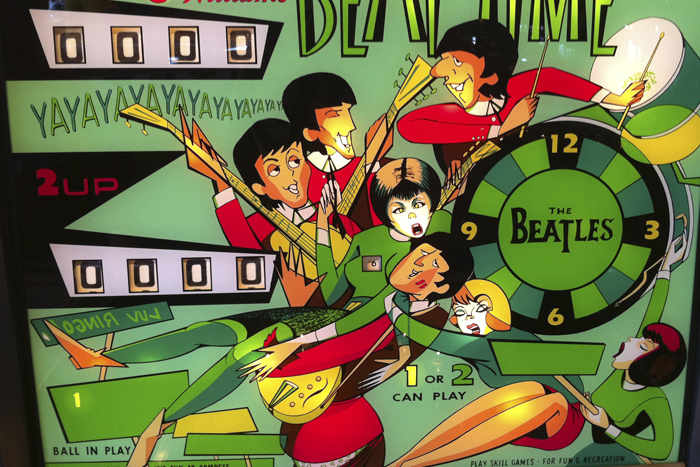 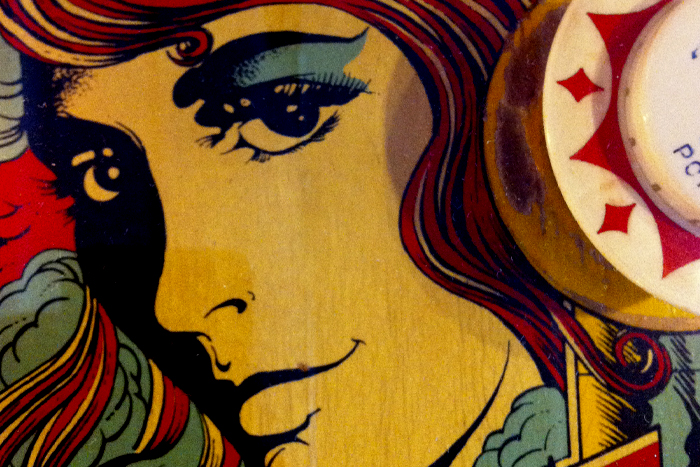 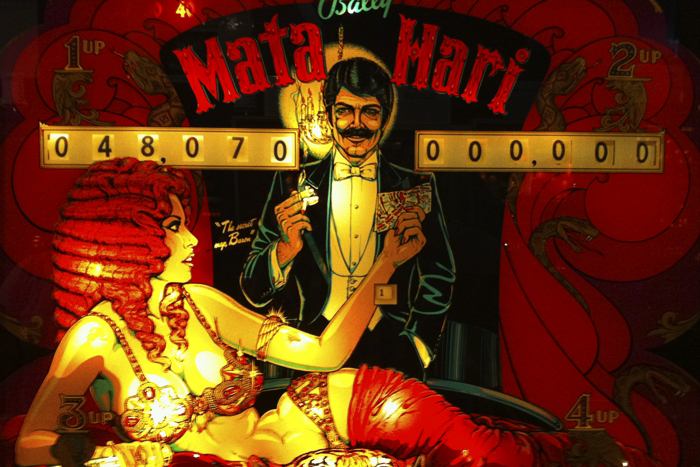 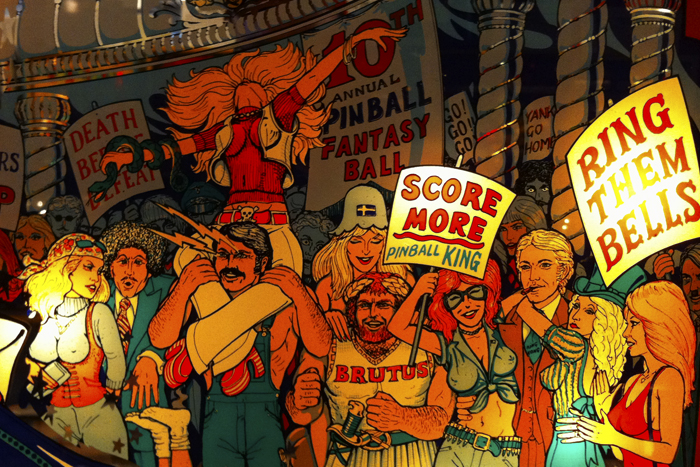 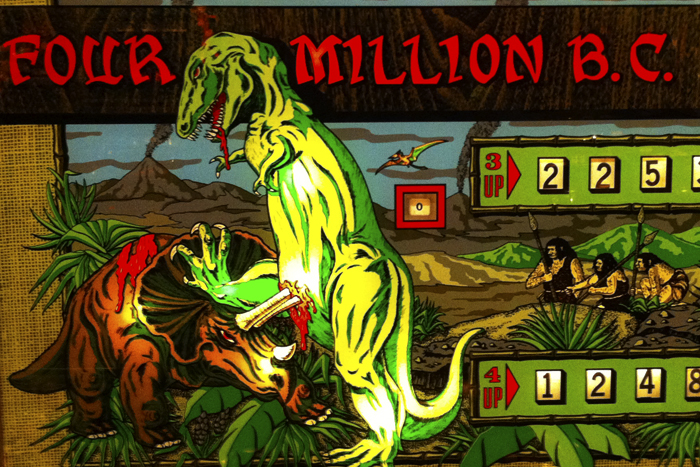 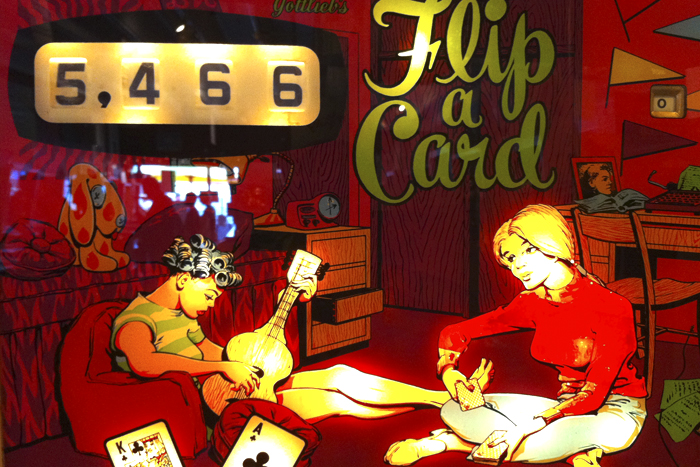 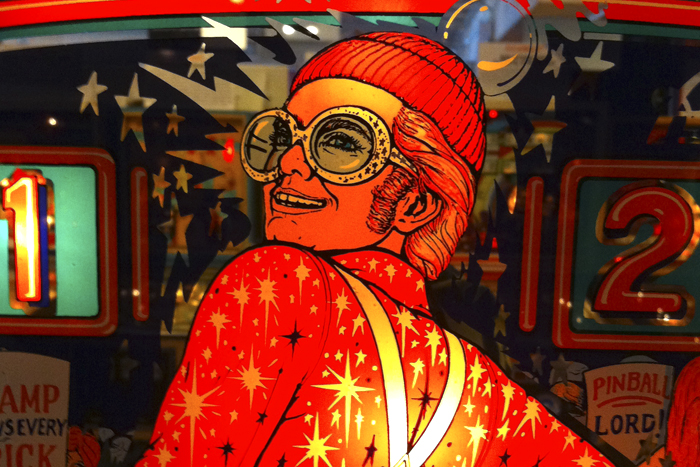 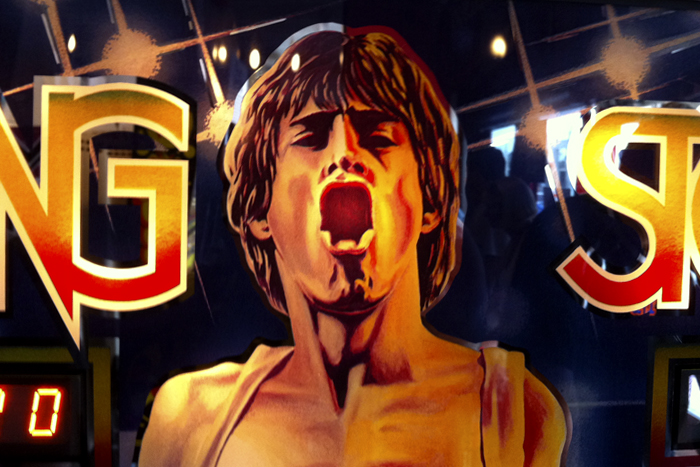 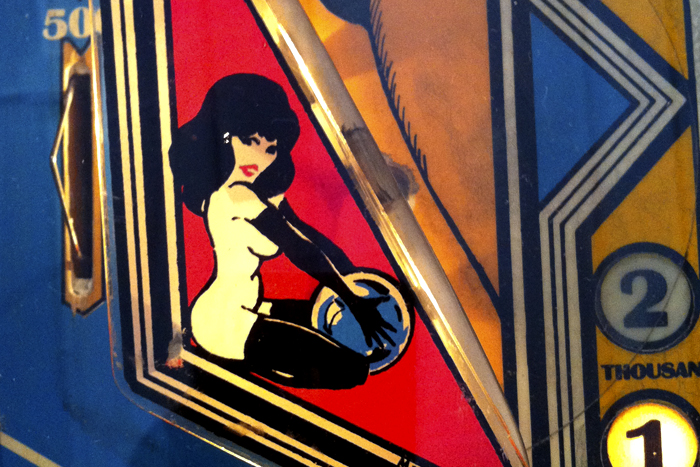 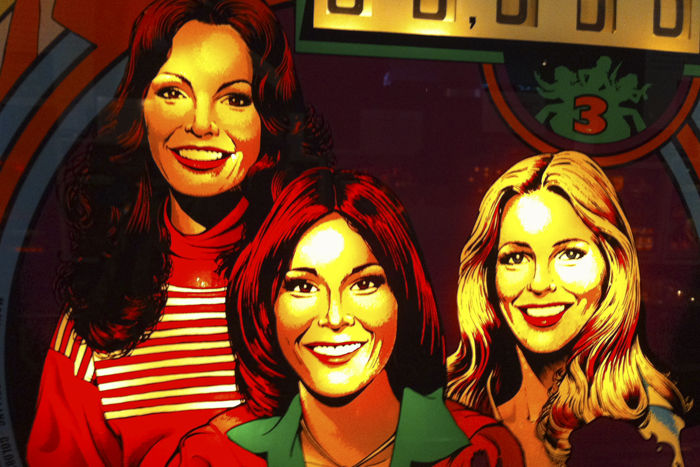 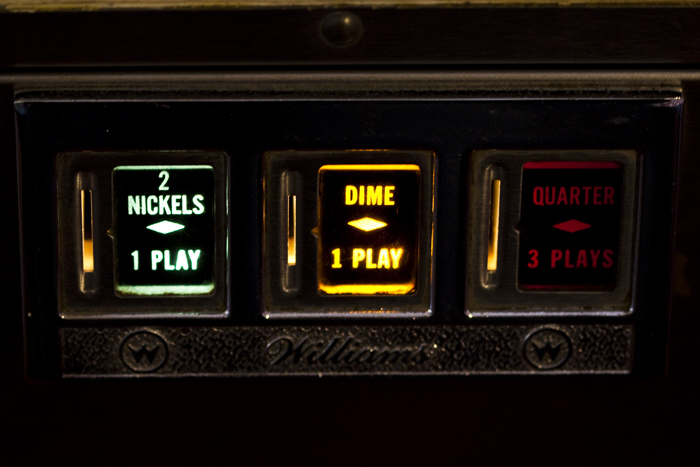 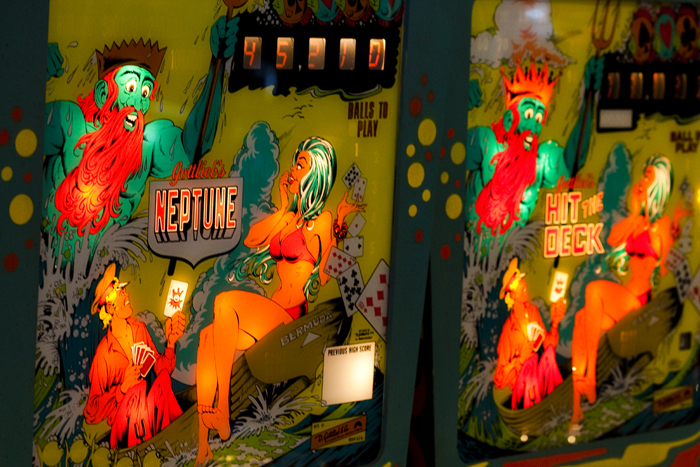 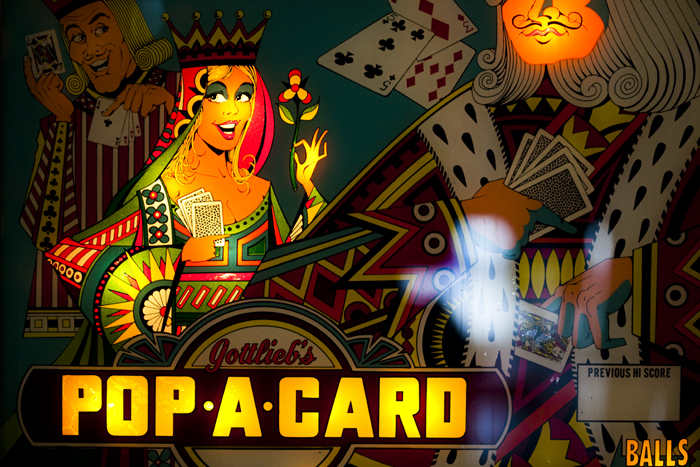 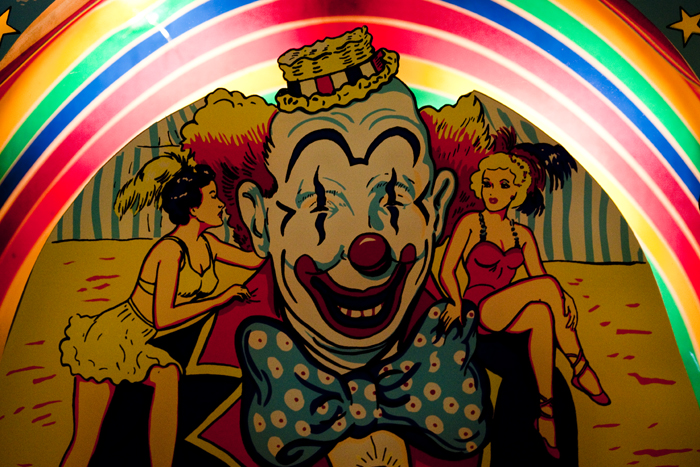 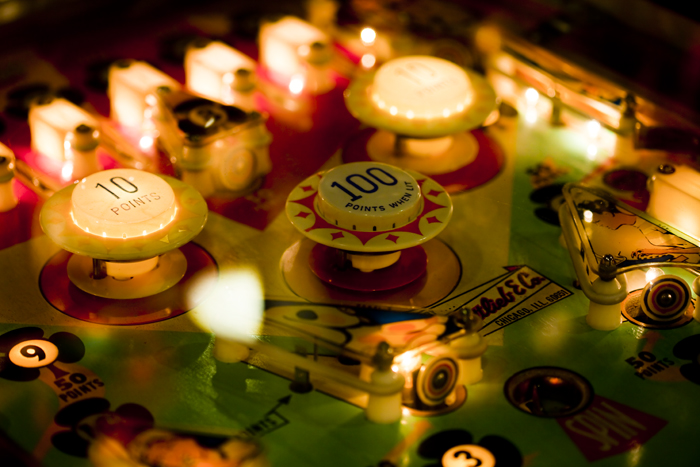 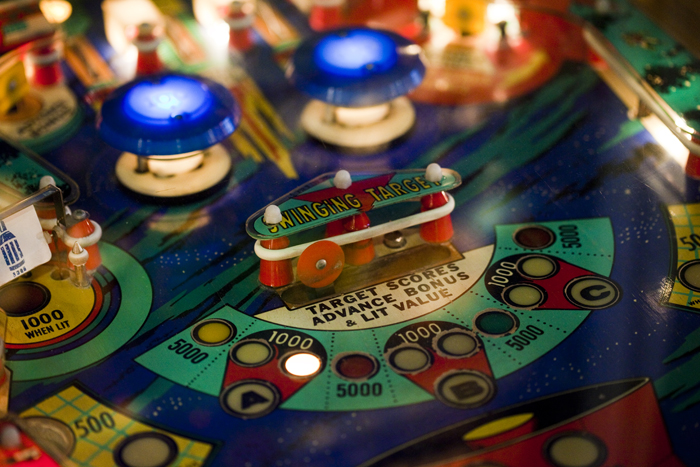 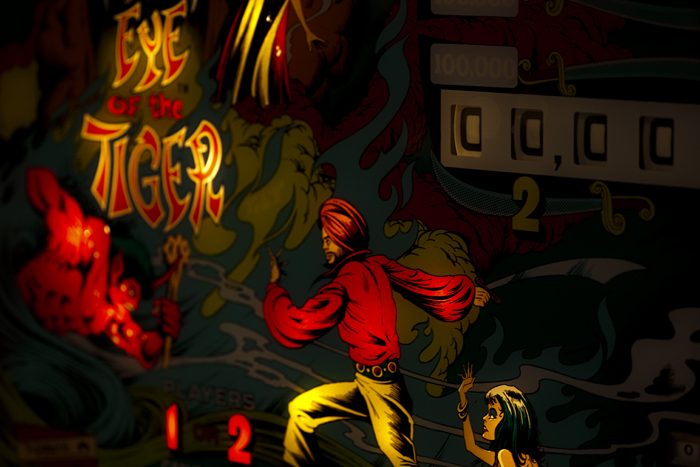 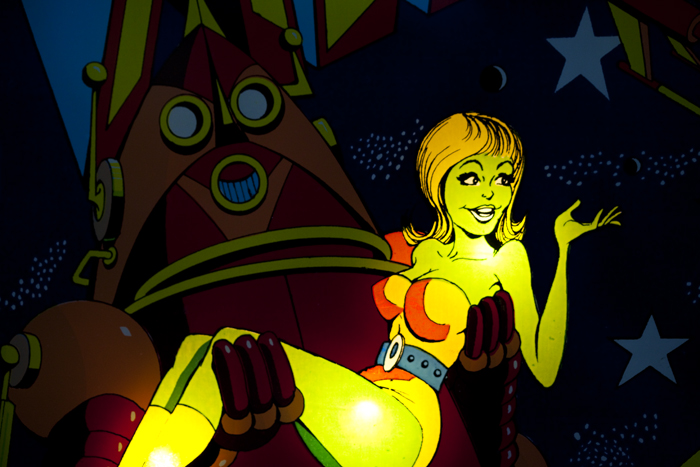 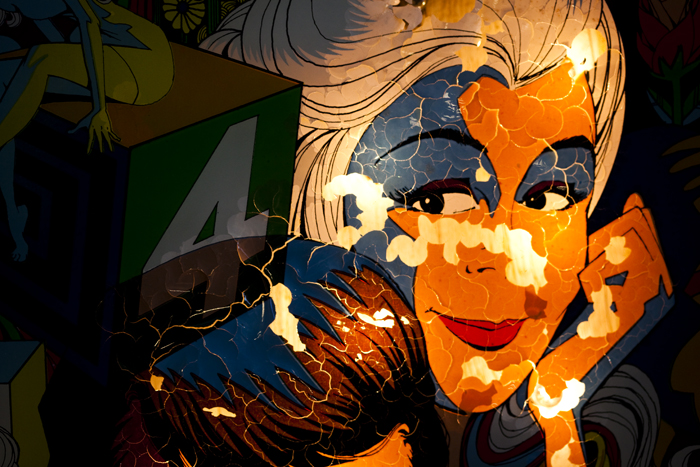 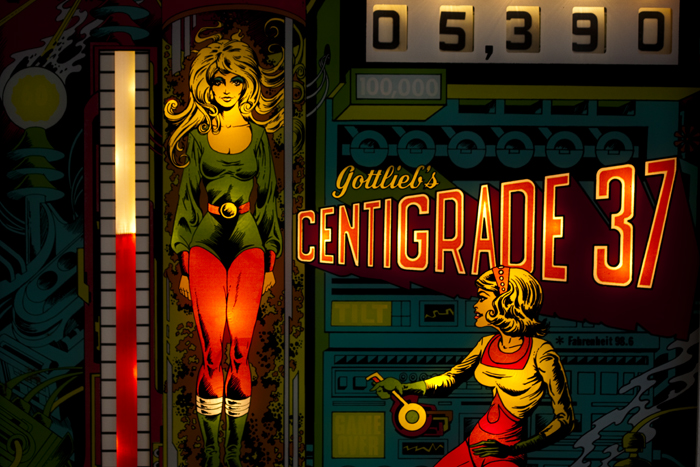 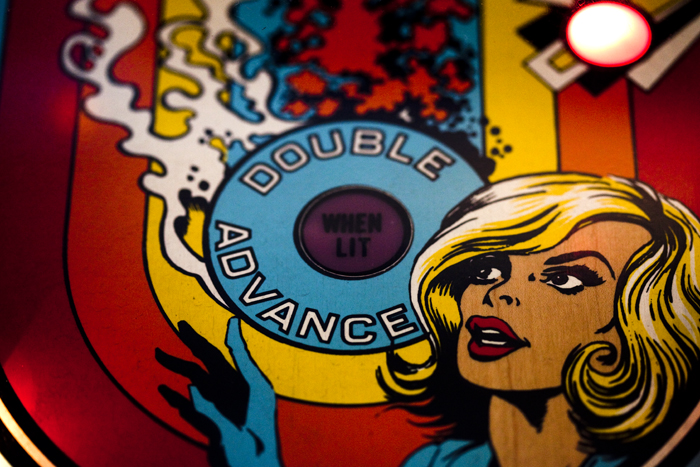 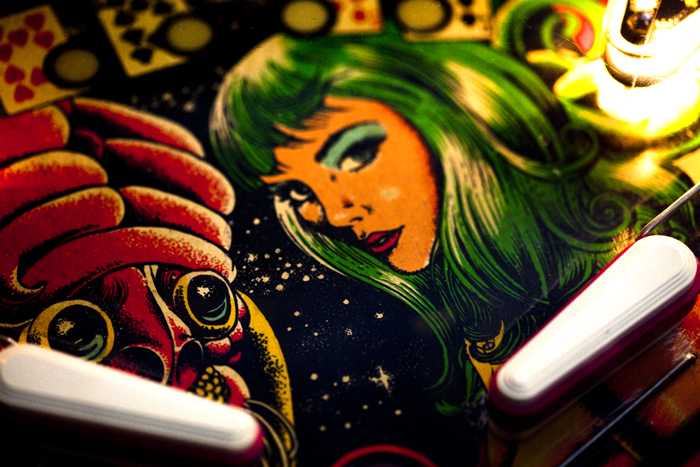 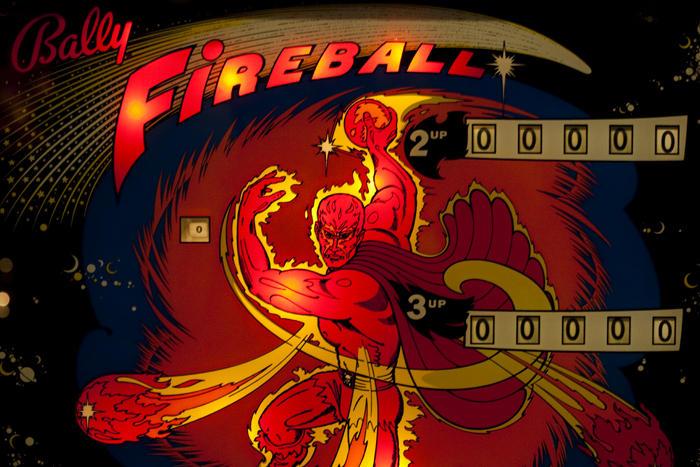