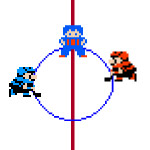 I am probably the only guy in the Unwinnable crew to actually own and play sports games (well, other than UFC Undisputed). I love sports, I love sports videogames and since the day I first played Ice Hockey for the NES I have never strayed far from the great league licensed titles.

Recently, however, my love for the genre has begun to fade.

Every season, the new release of our favorite franchise sports game is met with dread, not because our nine month old copy has just become inferior, but because it’s anybody’s guess whether the new features will result in a better game or a broken one. Worse, more and more of them are implemented because they are supposedly more realistic. Where do we draw the line with sports games—how real do they need to be?

Dear Developers: you are blowing it. Concentrate on making the damn game good. I don’t need to see CGI player introductions or teams walking down the hallway to get to the ice. That’s about as thrilling as a spinal tap. Like most cutscenes these days, it is entertaining the first time I put in the game but, sure as shit, I’m hitting the “A” button to skip it every time after that. I want to get to the hard-hitting action. I don’t want your advanced features taking up my time; I have other things to do!

In fairness, I understand wholeheartedly why this sort of thing is done. You get over the attention to detail pretty quickly, especially when you’re losing. I already have my friend trash-talking in my ear and don’t need to see his players CGI celebrating! (This, of course, is hypothetical, however, since I never lose). 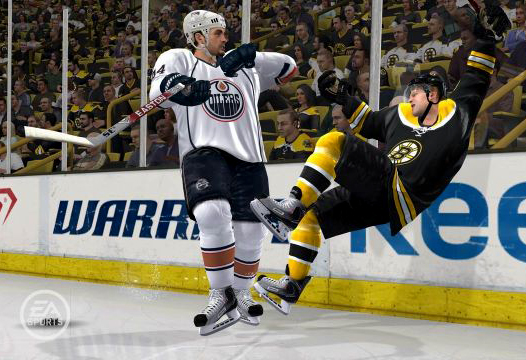 If I wanted the most realistic experience I’d go see (or play) the real thing. I play videogames to suspend my disbelief and pretend that I am a 6’2″ 210 lb machine of destruction who scores 104 goals in a season and never loses a fight. Most of the new features get lost the more you play the game anyway. I never notice the fans banging on the glass or waving towels (a feature of NHL 10) when I crush my opponent against the wall (a feature of NHL 10), yet I sure as hell notice when my goalie gets stuck behind the net clearing the puck to the other team for a goal (not a feature of NHL 10).

Get the game right, then add in the new features later. Take that original Ice Hockey game for NES, pick your teams, pick your players, and go. It still holds up. It is still just as competitive, but without the towel waving.

Of Missed Tackles and Curveballs

Where Are All The Weird Sports Games?
Previous Post