My father is a jock. He took the pitcher’s mound on his high school baseball team and was good enough in college to be scouted for a spot in the old Oakland A’s bullpen. He currently refuses to allow bad knees and a bad back to keep him off the golf course. He religiously attends the college basketball games of his alma mater and watches whatever sport is in season on television at high volume.

I, on the other hand, am fairly incompetent as an athlete. When I played basketball in high school, it was all I could do to hit the backboard with a shot, and I had to look at the ball to dribble it properly.

All “gamer” means is someone who likes to play games, so why shouldn’t that include athletes as well?

I tried out for my high school football team as a senior, mostly for the potential social benefits, but decided I didn’t like getting the shit kicked out of me, which was good because I didn’t make the cut anyway. When I was offered the opportunity to stay involved with the team by helping to keep the records during games, I politely declined. I’d play in the marching band instead, like during the previous three seasons.

I tried to play lacrosse the summer before my senior year because my cousin loved the game so much, but they stuck me on defense and other than a few ineffectual swipes of my stick at charging attackers, my efforts didn’t amount to much more than another confirmation that sports weren’t my thing.

The sport I have the most experience playing is baseball. I remember my father asking me when I was four or five years old if I wanted to play tee ball – so named for the plastic chest-high tee at home plate upon which the ball is placed for the children to hit versus having it pitched to them – and answering yes because I thought that’s what he wanted me to do, and I wanted to make daddy happy.

I played baseball all the way through high school, and my father was either a coach or the manager of my team every year. My motivation for playing never changed. It was always because I thought Dad wanted me to, but as I got older and learned about his past playing baseball I began to understand why he might have wanted me to play, and why I needed to keep playing. He was trying to share a sport that he loved with his son, and how could I just spit on that offering and walk away?

It was eight years’ worth of barely-restrained resentment at weekdays after school and Saturday afternoons lost to practices and games. I’d complain aloud and threaten to quit and my father would call the bluff and tell me to go ahead, but I never pulled the trigger on it. It wasn’t all bad, like the time I made a fool out of myself jumping up and hugging him at first base while making the trip around the infield after the first and only home run I ever hit, but it was mostly the same exercise in adequacy I felt during every other attempt to play sports successfully.

Nerd culture as a whole feels hostile to sports.

I walked into the office of a colleague and fellow video gamer the other day to share the story of an epic goal in NHL 13. My club team was losing an online game 1-0. With 1.5 seconds left in the third period, our center won a face-off in the opposing team’s zone back to me on defense, and I fired a hard slapshot on net, which promptly bounced off the ass of our center and was deflected in for a goal, tying the game up and sending it into overtime whereupon we scored another goal and won. 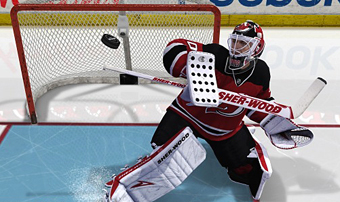 After I finished the tale, my IT department-dwelling colleague looked up at me and said “Dennis, you realize you just walked into my office and talked about sports, right?”

My friend and fellow Unwinnable writer Gus Mastrapa has scolded me for talking sports with him on more than one occasion. Nerd culture invented the word “sportsball” by way of dismissing the entirety of professional sports in a single go, which is pretty arrogant if you think about it.

Maybe it all harkens back to the same sort of social conflicts I went through as a kid in high school and college, the same sort of competition for attention and the attraction to other, less popular pastimes for which we could be mocked and ostracized – but of course we should mock sports and turn our noses up at them. We’re not jocks, we’re gamers.

On a recent visit with my parents I was talking to my father about all of this. I had learned valuable lessons about team play that really do translate into successfully playing online, team-based videogames, and so it had all been worth it in the end, even though I’d done it all for him. Then he dropped a bomb on me.

Dad said that while he thought it was important for his children to play sports to help socialize them with the other kids, the reason he coached my teams all those years wasn’t because he had been trying to vicariously share his specific love of baseball with me. He had been my coach to spare me from having to deal with all the asshole, hyper-competitive coaches I’d seen over the years we played together, adult men screaming at umpires, throwing tantrums and walking off ball fields, or losing their tempers at kids on their team for making errors or bad decisions.

My dad loves coaching. To this day he coaches the women’s softball team at my old high school, but the idea he had been making a sacrifice on my behalf for all those years, coming home from hard days at the office and changing out of his suit not to relax but to get ready for practice, or giving up one of the two days a week he could afford to sleep in to get ready for Saturday morning games, was something that had never occurred to me before.

When I had the revelation that coaching baseball all those years had been about me and not about him, I realized that by the reductive act of labeling him a jock I’d thrown up a wall between the two of us. Dad wasn’t trying to share his love of baseball with me but his love of playing games, period, because he was a gamer just like I was. He just played different games. 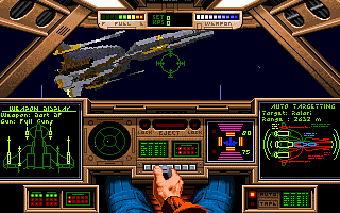 Dad was the one who got me my Atari 2600. He played the card game pinochle with my grandfather and uncle almost every time we visited them in New Jersey. Mom used to tell stories about not playing board games with my father because he hated losing.

Dad and I stayed up until 1:00 a.m. on a school night shortly after he bought me my Nintendo Entertainment System so that we could beat Super Mario Bros., even though my mother was furious at him for it. He bought me Wing Commander, the game that made me a PC gamer. He was interested enough in my tabletop wargaming to want to visit the club where I played and see how the games worked. And he’s currently addicted to Angry Birds.

Hardcore videogamers and board gamers and collectible card gamers, we all seem to think we own the word, but on a recent trip to the Isabella Stewart Gardner museum I saw the word “gamers” used to refer to players of the ancient Chinese board game liubo. All “gamer” means is someone who likes to play games, so why shouldn’t that include athletes as well?

My dad’s not a sportsballer, he’s a gamer who just also happens to be an athlete; had I recognized that much sooner, my years of playing baseball could have been a fulfilling time spent with my dad, rather than an ongoing sense of obligation. Not all of the cultural and social boundaries around nerd and geek culture were imposed upon me. I’ve thrown up some of those walls myself.