This is an excerpt from a feature story from Unwinnable Monthly #159. If you like what you see, grab the magazine for less than ten dollars, or subscribe and get all future magazines for half price. 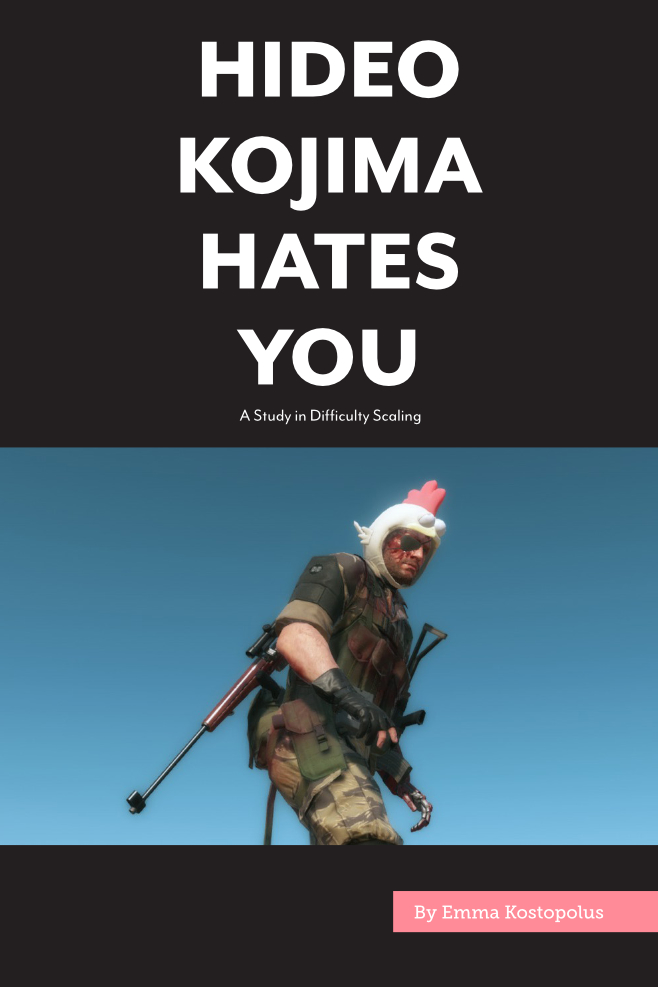 The conversation surrounding difficulty scaling in videogames is so ever-present as to almost not warrant an introduction. The battle between those who want videogames to have one static difficulty (a la Dark Souls) and those who want (and oftentimes, need) alternative modes of play has ranged far and wide, with no clear cultural winner. Those in favor of altered play rightly claim that games without features like control-mapping or difficulty sliders present extra challenges to disabled players, while those who support one single (often brutally difficult) mode of play claim that they are protecting the sanctity of the hobby, as well as the “intended play experience” of a particular game.

It’s this idea, that play is an intentional and authored experience, that I want to dig into further here. While games are pieces of media like books or film, it’s often fairly difficult to point to one person as the “author” of a game, or someone with a vision for a singular way to play. Instead, games are created by hundreds upon hundreds of people, each of whom contribute meaningfully to the process. However, there are some figures in the industry who have risen up as visionaries, brightest among them being Hideo Kojima, often labeled as the creator of the Metal Gear Solid series, and essential progenitor of Death Stranding under his own label. Kojima, charitably, has an abundance of vision, and his games tend to be very dedicated to communicating a particular narrative, devoid of much choice, to the player. I’m one of those people who did not care for Death Stranding, so don’t come for me if you disagree here, but the seven total hours of cutscenes (including one that spans over half an hour) indicate to me that Kojima wants to tell you a story and that he wants you to sit quietly and listen. Even before he was allowed the creative freedom of his own label, however, his work with Konami still demonstrates his resistance to the notion that players should have any control over the game they are playing. He showcases his displeasure with the way the Metal Gear games incorporate difficulty-alleviating measures including, of course, the infamous chicken hat.

The chicken hat makes its appearance in Metal Gear Solid V: The Phantom Pain, and it’s exactly what it purports to be. It is a hat, in the shape of a cartoon chicken, that Big Boss (who’s actually Venom Snake? I can’t even remember anymore) can wear. This hat grants you, essentially, auto-stealth. You are invisible to all enemies and can stroll right past their AI without even attempting a crouch. The player is awarded the ability to don the chicken hat after failing a mission a few times, so that they can complete that part of the game more easily and move forward. Despite being a difficulty alleviating mechanic, however, the chicken hat is actually a not-so-subtle ploy to reinforce the idea of the intended play experience and shame the player for being unable to perform to the vision of the game’s creator. Kojima is making fun of you for sucking. 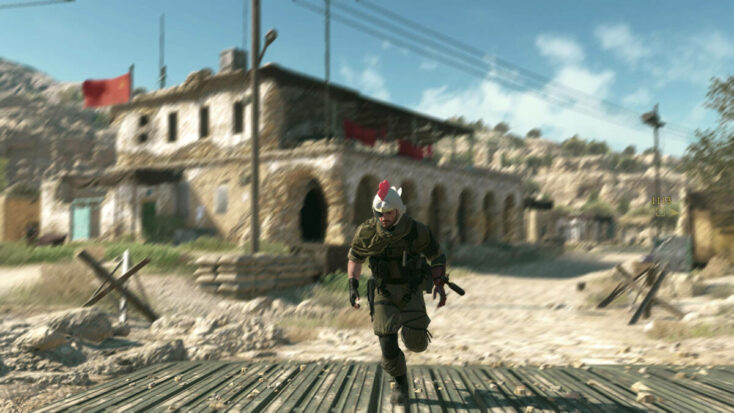 To break that down a little further, let’s look into the experience of being awarded and playing with the chicken hat. I’m not going to expound overmuch on how putting your character in a cartoon chicken cap is intended to make them look absurd, since I think that comes for granted with the concept of the hat itself, but in case you were wondering: you look silly. To earn the chicken hat, you need to fail a mission a specific number of times. Per my experimentation with the game, I only needed to fail a handful of times (say, three) before the game offered me the hat as a way out of the experience. This indicates that Kojima anticipates that a lot of his players will have a low threshold for frustration with the game, or that he wants to taunt players for even the smallest amount of failure with the silly chicken hat. Either way, the hat is offered to the player during what I would still consider a healthy window for experimentation and figuring out how the mission is laid out – I honestly almost expect to fail my first couple times going through a new compound in Phantom Pain. In any event, when you are given the chicken hat in the game indicates that Kojima has little patience (or thinks so of you) for fiddling around instead of steamrolling through the process of play.

So, what happens if you put the chicken hat on? Ostensibly, the game becomes easier, and players now have greater access to the content. While this is true in the most technical sense, the chicken hat attempts to solve the delicate problem of difficulty scaling with a mechanical bazooka. Instead of actually scaling back some of the issues players may be having, such as AI perception range or frequency of cover, the game simply removes the AI’s ability to detect you at all. So, you can walk right in front of an enemy without triggering their hostility. Enemies will not engage with you at all until you directly attack them, and will quickly return to a neutral state once you’re out of eyeline. Since stealth is the central mechanic of the game, removing all of the stealth instead of simply paring back the difficulty means that players are no longer really allowed to play the game, so much as walk through the world. There’s no real difficulty anymore, but with the removal of the central mechanic also goes all of the fun. To punish you for not being able to meet his idea of an intended play experience, Kojima took his ball and went home.

So, we appear to have an answer about how Kojima feels about easy modes. When you go further back into the history of Metal Gear, though, you discover that Kojima actually has a long history of gifting players with absurd power-fantasy enabling cosmetics, from Raiden’s many colored wigs in Revengeance to Snake’s infinite-ammo-granting bandana. These items, unlike the hat, are all granted after the player has completed the game on high difficulty (lending further credence to the idea that for Kojima, the harder experience is the real one), and allow players to then muck around in the game world as de facto gods. These items also do not look any more ridiculous than the base character already looks in any given Metal Gear game, indicating that these items actually are rewards instead of grudgingly given play aids. Easy play in Metal Gear is then meant to be a reward for having done the real work of beating the game on hard – you can mess around and do weird stuff with game-breaking mechanics, but only after you play it through the right way. Kojima seems to feel, then, that difficulty scaling items are less about accessibility and more akin to old-school cheat codes – something only a truly dedicated gamer should be able to access, and if you get it without earning it, he should be able to rib you a little by making you look silly.

Emma Kostopolus is an Assistant Professor of English at Valdosta State University. Online, you can find her nowhere, but check out her film reviews for Ghouls Magazine and her recent article for Computers and Composition Online. She’s also the co-author of Ace Detective, a murder mystery dating sim you can play at oneshotjournal.com.

You’ve been reading an excerpt from Unwinnable Monthly Issue 159.