This is an excerpt from the cover story of Unwinnable Monthly #159. If you like what you see, grab the magazine for less than ten dollars, or subscribe and get all future magazines for half price. 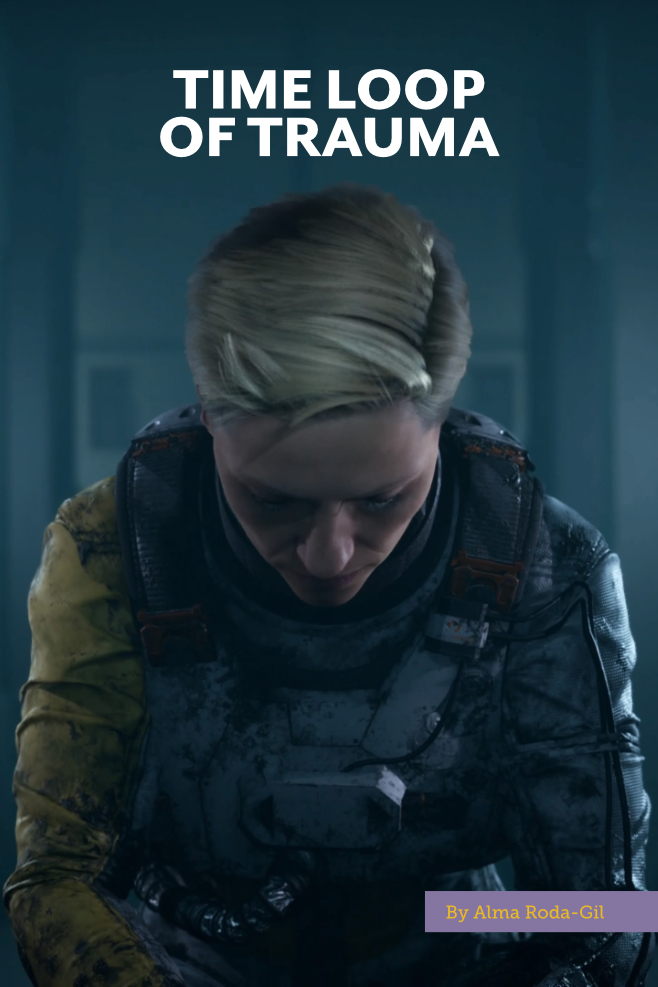 I have always been fascinated by time loops. There’s something about the helplessness of the protagonist as their day repeats over and over, about their sanity slipping with each loop.

And then, of course, there’s the catharsis that comes when the loop is broken. The protagonist finally understands the lesson they were supposed to learn by being in the loop, or they are finally emotionally ready to confront the passage of time; it’s a grand finale and the music swells as they open their eyes again, this time in a new, non-looping day.

Returnal is not that story. There is no catharsis to be had at the end of the loop. It becomes clear, as the player finishes the story, that it will keep going. And yet, breaking that genre convention is part of why it’s one of my favorite time loop stories ever.

In a way, every single story is a time loop. You could finish watching, reading or playing it, see the ending, then start over right away, effectively putting the characters right back where they started. Returnal takes advantage of this in a meta storytelling aspect: gameplay-wise the game is a rogue-like, so the player can just keep doing runs ad infinitum, even after they’ve finished the story and seen the credits roll. This is true of rogue-like games across the board, of course, but Returnal’s protagonist Selene will actively comment on the fact the player is doing so. She’ll even beg for the loop to end, essentially letting you know that it’s your fault that this is still happening. You are causing her suffering. You could end this by putting down the controller. But unfortunately for her, Returnal is an incredibly satisfying game to play, so you won’t. 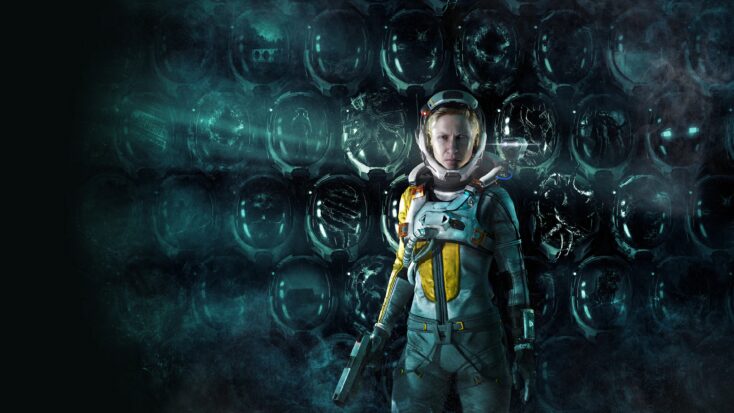 Returnal’s time loop takes place on the alien planet Atropos, where Selene’s ship crashes while she undertakes a research mission into a mysterious signal called White Shadow. The way the story starts is another place where Returnal deviates from time loop genre conventions: rather than have a scene with the very first loop that establishes what the baseline of the loop will be for the rest of the story, the game starts in media res, as Selene finds her own corpse on the forest floor. This is not the first loop. She’s been here before, she just can’t remember. Deathloop opens in a very similar way, with the protagonist Colt finding out he’s been in the loop for years despite not being able to remember any of it.

This adds a uniquely horrific aspect to the already unnerving premise of a time loop; at least, in traditional time loop stories, the protagonists know what they’ve already tried to get out of it and have a sense of where they’ve been. Selene and Colt don’t have that luxury – just the uneasy feeling that they may have tried to get out a thousand times and still ended up here.

Returnal exploits this even further by having Selene find audio logs she recorded as she explores Atropos; they all comment on how many times she’s gotten to certain points, but even more than that, they document the sanity slippage that happens to time loop protagonists. In some logs she sounds frantic and is nigh-incomprehensible to the Selene the player is currently controlling, the one who hopes she will never become that person. Of course, over the course of the story, that person is exactly who Selene becomes. 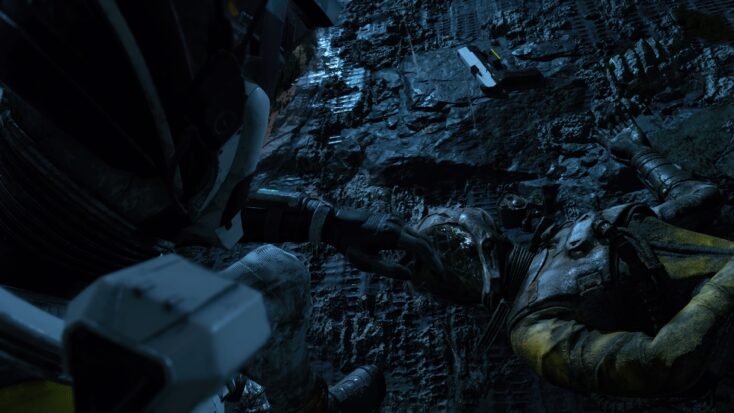 This sense of inevitability is the core theme of Returnal. As we get more glimpses of who Selene was before she got trapped in the loop, it’s revealed that she applied to work for the in-universe space agency ASTRA in hopes to continue her mother’s legacy, who was herself an astronaut but was rendered unable to fly by a tragic car accident. And now, light years away from it all, she keeps seeing a figure in an astronaut suit that’s following her and will not let go. Her mother, Theia, is a figure that hangs over Selene for the whole story; being unable to continue doing her job after her accident turned her into a cruel, emotionally abusive parent to a young Selene who never quite got past the feeling that she had to get away from her at all costs. And of course, what better way of putting distance between her and her mother than to leave Earth entirely?

But in doing so, Selene leaves behind her own child – the child that she swore she would raise better than her own mother raised her, that she promised she would never be distant and cold towards. By trying to escape the pattern at all costs, she only becomes more entangled in it, and this reflects her journey on Atropos. At first, going deeper and deeper into the ever-changing landscapes of the alien planet seems like progress. You’re staying alive, defeating bosses, clearing each of Returnal’s biomes. But the more Selene explores the planet, the more she finds herself inextricably linked to it.

When the player reaches the end of the third biome, where the White Shadow signal Selene has been investigating originates from, it seems like she’s finally succeeded in getting out of the loop. She’s able to contact ASTRA for rescue, and there’s a cutscene of her leaving the planet, trying to resume a normal life while she’s being haunted by the memories of her crash and what she experienced on Atropos. One of these memories is a melody, one we see Selene play on a piano several times throughout her life, until she finally plays it one last time before dying of old age. And then, right after her death on Earth, Selene wakes up on Atropos. This is the start of the game’s second act, and the planet players have come to know on the many runs it took to get to the third biome is now very different: the forest of the first biome is now in ruins, the desert of the second biome has frozen over, and the third biome is now completely underwater. 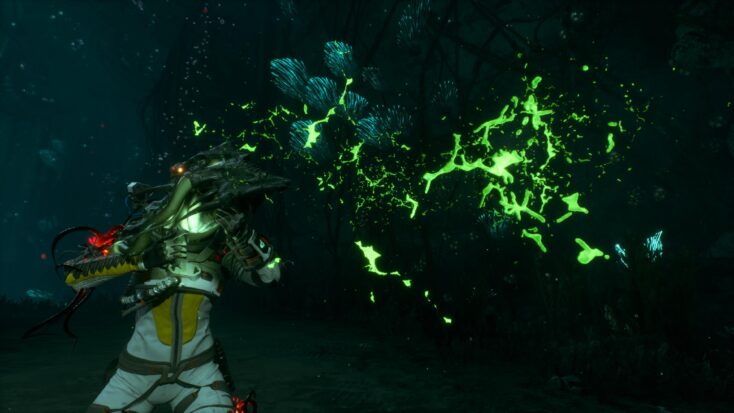 If you know anything about Greek mythology, you’ll have noticed instantly that the planet Atropos is named after one of the Fates. Atropos is the one who cuts the thread and decides how and when people die – much like the planet itself is constantly killing Selene. But aside from that, the name is another hint at the game’s theme of inevitability: it was Selene’s fate to end up here, sealed by her upbringing. Returnal is full to the brim of references to Greek mythology and analyzing them all would be a whole other essay in itself, but another major one tying into the game’s story is the Tower of Sisyphus, a new endless game mode that was added as free DLC in 2022.

Unlike a traditional run where players go through a set number of biomes and go back to the start after beating the final boss, the Tower is never-ending, much like Sisyphus’ story of endlessly pushing the boulder up the hill. The Tower introduces a new boss players will periodically fight, however, and that boss bears striking resemblances to Selene’s mother Theia. Every time Selene fights her, she will gain a permanent malfunction to her suit, a random debuff the player will have to deal with for the rest of their Tower run. No matter how good your loadout or how skilled you are at playing the game, there is absolutely no way to avoid this, symbolizing the trauma you can’t avoid every time you confront your abuser no matter how prepared you are. The more times Selene fights this boss, the more malfunctions she will need to deal with, and the harder the Tower run gets. Some of them are annoying but possible to deal with, while others can make carrying on incredibly difficult, much like trauma in real life has varied effects.

You’ve been reading an excerpt from Unwinnable Monthly Issue 159.