When we talk about great years for gaming, certain years usually dominate the conversation for solid reasons. 2007 was headlined with Halo 3, Portal and Bioshock, 1998 is often regarded as quite possibly the best year of all time with Pokemon Red/Blue, Ocarina of Time and Banjo-Kazooie among others, and even 2011 and 2013 are still influencing gaming today with their respective entries of Skyrim and The Last of Us. To me though, the gaming year I think deserves more attention is the one sandwiched in-between those last two: 2012. While 2012 didn’t quite have one singular release that set the world on fire or dominated the discourse, it still stands out because of just how many gems it had that’ve aged incredibly well and continue to affect the medium and industry a decade later. Titles like Journey, The Unfinished Swan, and Minecraft’s Xbox port kickstarted how independent games found real success outside of PC gaming. Games like Far Cry 3 and the original Forza Horizon would go on to forever change their respective genres in ways no one expected. If I had to choose one key area however that gave 2012 its unique identity, it’d be the shooter genre. 2012 was the last year where shooters not only felt unignorable due to their quantity and variety, but also because so many felt like they had a unique ambition in how they played, how they looked, and even how they told stories.

Going back to Far Cry 3, it’s amazing how a game that was originally a December release squeezed out by Assassin’s Creed 3 ended up being a blueprint not only for future shooters, but for open-world gaming as a whole. The initially jokey comment of it being “Skyrim with guns” is actually quite apt for a game where its selling point is player freedom: shoot whatever you want, take out enemy camps, hunt local wildlife, and overall just choose what you want to do at your own pace. Aside from a checklist of collectibles and a barebones narrative, Far Cry 3 had an open simplicity to it, and that openness is what allowed so many successors in the following years to keep adding features and improvements without feeling too bloated. The open-world genre that includes The Witcher, Breath of the Wild and so many others owe Far Cry 3 way more than you might think. We might now be starting to get sick of open-world action-adventure titles, but if you’ve wondered how they got so big during the 2010s, and why Ubisoft made them its bread and butter, Far Cry 3’s effortless gameplay and massive scope deserves a lot of the credit. 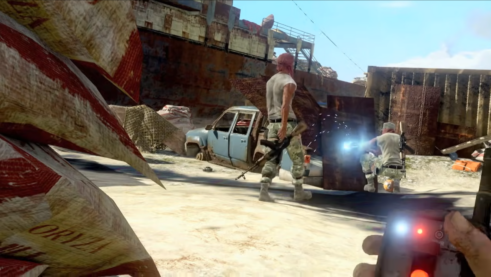 While Far Cry helped mark a new age for the shooter genre in 2012, another hallmark shooter franchise entered its roughest era. Halo 4’s reception might be one of the most wide-ranging in all of AAA gaming: initially positive reviews and financial success that later led to a fan reception ranging from ambivalence, to hatred, to even being reevaluated years later in a more positive light. For me personally though… hand on heart, 4 is my favorite Halo game, partly because there are such wide ranging opinions on it. This was a game that despite being made by a new studio that hired a ton of experienced developers, was unfortunately produced on a tight schedule and released on old hardware, forcing 343 Industries to make undesired concessions such as downgraded enemy AI and smaller levels. It’s also possibly the riskiest Halo ever made: it had to follow up a revered trilogy that ended with few loose strings, it had a tonal shift that necessitated bringing in new composers to take over for Martin O’Donnell and Michael Salvatori, and it opted to tell a story where its stoic protagonist had more voice lines, agency, and actual character development than ever. Halo 4 might be best known as the first Halo that didn’t receive universal praise, but in a weird way it also represents how much of a watershed year 2012 was for shooters. It was a year when there was a Halo that not only was controversial, but even now still doesn’t have a firm consensus. 10 years later, that sort of makes it the most unexpectedly charming. 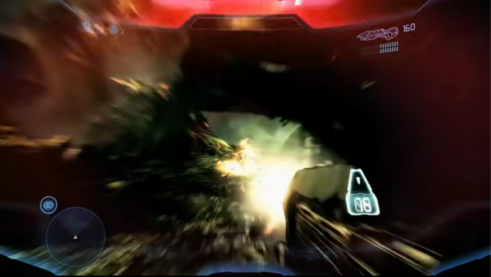 If there is one 2012 shooter that still holds up and continues to tower over its genre a decade later however, there’s no getting around Spec Ops: The Line. Like all good cult classics, this was a bit of a sales flop due to its publisher not knowing how to market it, and the so-bad-it’s-almost-funny multiplayer didn’t help a military shooter that was up against Call of Duty and Battlefield. Funnily enough, this un-remarkability has actually served to strengthen a key component of its presentation: this is supposed to look like your average military shooter. You’re purposefully unprepared for the gaming equivalent of Heart of Darkness, and a decade later I’m shocked by how little has matched it. The one big game that I can think of to compare it to is The Last of Us Part II’s first half, in how they’re both about your character descending into a hell of their own choosing and creation, and even that game fails in so many ways where The Line succeeded, due to poor pacing and lacking even the illusion of player choice that Spec Ops offered players (even though it felt torturous). It’s still kind of a miracle that 2K publishing gave Yeager Development the go-ahead to do whatever they wanted with a game… and unfortunately, it’s the kind of miracle that’s gotten incredibly rare nowadays. 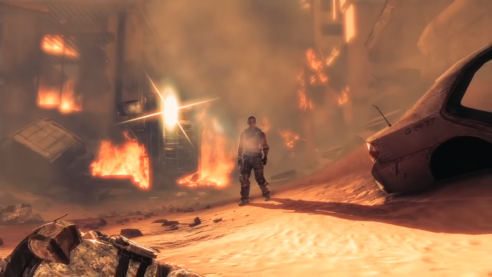 The crazy thing is that these three are just the tip of the iceberg that was 2012; so many other shooters made their mark that year. Dishonored’s level design and focus on stealth put Arkane studios on the map. Borderlands 2’s art style and humor made it pop against a background full of realistic looking and overly-serious titles. Sleeping Dogs’s Hong Kong setting and shootouts was a love letter to a whole movie genre. Mass Effect 3 was supposed to be a perfect blend of sci-fi storytelling and RPG-shooter action, but was let down due to last minute development crunch that resulted in one of the biggest gaming backlashes of the 2010s. Maybe I’m just feeling nostalgia for back when I was 18, but in the following decade, the shooter genre has never really had a better year. We’ve seen a fair number of good shooters since then, but 2012 has felt like it was when the genre peaked, since in that time shooters (like most of gaming) have come to rely heavily on what’s been proven to sell, and less on ideas that require experimentation and risk taking. We have more open-worlds than ever, while the cover mechanic and bullet-time have nearly gone extinct. Fortunately however, that just means that now is the perfect time to give these games some long overdue recognition. Revisiting some of these gems can provide some inspiration for a genre of gaming that’s grown an almighty need for it.

Van Dennis is a writer and media critic. A Portland native, he spends way too much time playing games, writing about movies and anime, and window-shopping on Bring a Trailer.

Great Shot Kid, That Was One In A… Oh, Nevermind
Previous Post

In the Spaceship Over Glasgow With Mogwai