As a 22-year-old card-carrying member of Gen Z, walkthroughs and the internet have always been a fact of life when it comes to the gaming experience. In fact, the first game I ever looked up a walkthrough for was Ben 10: Protector of Earth for the Nintendo Wii, when I was seven years old. Since then, checking a walkthrough for a difficult part of a game has been second nature. And so, when I finally decided to check out legendary puzzle game Myst, I decided to make a promise to myself. No matter what happened, I would not look up a single walkthrough or guide.

When I first booted up the game however, I had an overwhelming feeling that I had made a mistake. For someone so used to having the answers in reach, a game as famously cryptic as Myst already seemed like too much to handle. As I wandered around the island staring at various random objects and locations, I struggled to piece it all together in my mind. That is until I began keeping track of information in a hand-written journal, something I rarely if ever do when playing games. Suddenly, in between all my ineligible scribbles, I began to start piecing together the pieces of information and pick up momentum.

After about a week of playing, I finally managed to find a way out of the Myst Age and was able to make my way into the Mechanical Age, one of the game’s four primary areas. When I first stood in front of the book that would bring me there, I must admit that I felt a sense of accomplishment that I hadn’t felt in quite some time when playing a game. I felt as if I was ready to tear my way through the rest of the game and prove that I didn’t need a walkthrough.

That’s not exactly what happened. 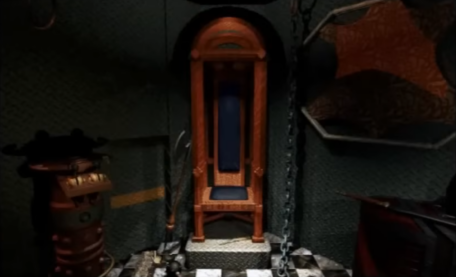 Instead, I found myself a whole month later, still barely having made any progress. Sure, using the help of my notebook I had managed to make a few connections and discoveries, but there was something I was missing. Some central component that would bring all the information I had together and allow me to actually work toward making my way to the other Ages. And I just could not figure it out, no matter how hard I tried. And so, after much deliberation and moral questioning, I broke my promise, caved, and looked up the solution.

As expected, the satisfaction I got from completing that Age paled in comparison to what I felt when completing the first one. I felt dirty, like I had ruined something that was supposed to be pure. And so after that point I doubled down on my promise. From this point forward I truly wouldn’t allow myself to check anything online. I wouldn’t let myself be weak again.

The next month or two was filled with frustration and questioning. Several times I found myself tempted to check a walkthrough again, or to outright give up on the thought of completing the game. But I had made a pact to myself, and I was going to stick it through to the end. And as I handed over the final linking page to Atrus and watched the credits roll, I felt like a high no piece of media had given me in a long time. I had solved what the game threw at me, and it was almost entirely by my own brainpower and problem solving, not what someone else had already figured out.

At this point, the expected takeaway may be that walkthroughs and guides have in some way “ruined” gaming, and that a more blind experience like the one I forced myself to have is the true way games are meant to be enjoyed. After all, despite all of the frustration I went through and all the times I debated dropping the game entirely, the rush from my success made it all worth it. 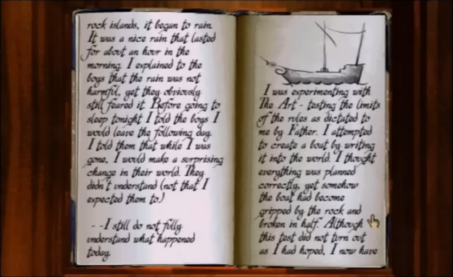 But the truth is that feeling that kind of frustration isn’t what most people, including me, seek from playing video games most of the time. It may feel great to have “conquered” a game entirely on your own without any assistance, but if the frustration you’re feeling from a game’s challenge begins to weigh as heavily as it did on me at times, why wouldn’t you check a walkthrough? Games are meant to be entertainment after all, and if being stuck on a certain part is conflicting with your enjoyment of the game, looking up how to get past it makes sense. And when considering the many different lifestyles and preferences there are out there, the availability of walkthroughs represent a major accessibility resource, allowing players another way to tailor the game experience to their liking.

And yet as games become more accessible, there are those who insist that we are losing part of what makes gaming so special, or that the “wrong people” are getting involved with video games. While there are definitely examples of this that are far more insidious than simply complaining about being able to get past certain parts of a game more easily, those that insist using guides or any similar assistance is “ruining the game” for the person playing it represent a microcosm of the pushback against games courting a wider audience.

As someone who’s grown up in a time where there have been almost constant attempts for gaming to open itself up to newcomers from a variety of different experiences, the main takeaway from my time with Myst was ultimately that despite the positives that came from it, going into a game like that without have any guidance or assistance to turn to in a time of need likely kept many people away from video games for decades. Despite the fact that it might seem like advancements in technology and the internet have ruined some of the magic of gaming, it’s been a necessary tradeoff for the sake of video games becoming a more welcoming space.

Jay Norton is a freelance writer focusing on games and movies, with work published in such outlets as Paste Magazine and No Escape. Check out more of their writing at jayfnorton.substack.com or get their more unfiltered thoughts @Sl0thi0 on Twitter, if you dare.

figure it out, Myst, to guide or not to guide, walkthrough

On Organizing My Skyrim Library and Living in a Human Body