While Unwinnable was having its vacation theme week, I was on actual vacation, half of which I spent in Washington, D.C., fitfully attempting to visit every major landmark and museum. Naturally, I left the city with a list of things I wanted to see but never got around to, but one thing that I was determined to see was a particular exhibit in the Smithsonian American Art Museum: The Art of Video Games. I am that guy who writes about videogames and I simply can’t pass up the chance to see my preferred medium presented in a positive light in one of the more esteemed venues for what we call “art.”

This was not an exhibit about defying expectations. These were the videogames we all know and love.

And, if I’m being honest, that was the one exhibit in the Smithsonian that I was most excited about. It was something I’d wanted to go to since I heard about its existence a year ago—at the time, I assumed I’d never have the chance to make it to D.C. to see the thing. Now, here I was, and there it was. I wanted to dash up the stairs and speed-walk to the exhibit like a little kid. But I held myself back. Here in the Smithsonian, I felt a need to be a renaissance man. So I took some time browsing through the Renaissance paintings first. Then I went upstairs.

When you walk up to the third floor of the American Art Museum, you are greeted with a sign that points you directly to the videogame exhibit. I saw kids run past me at full speed and became even more self-conscious. I told myself that The Art of Videogames was just one exhibit among many—after all, there were so many more 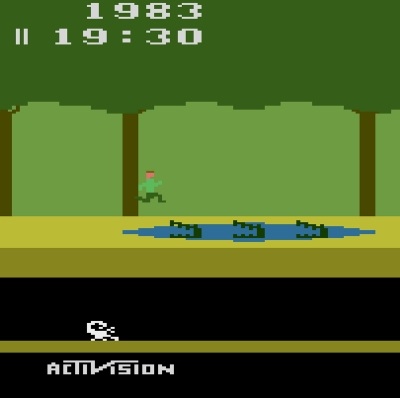 transcendent and resonant experiences to be had in the rooms on either side of me. I forced myself to stop and slowly browse through either one of them. I’d be damned if I was going to look like one of those stupid kids.

So I studied a giant structure made out of wire that vaguely resembled a skyscraper. I sat and observed a 15-minute light-show that was cast over a painted installation in a dark room. I thought about what it might mean. I wandered into a room full of abstract paintings, and I considered what I might glean from them were I to have an entire hour to simply stare at them. I thought about all the time I could spend in that museum and museums like it if I only made it a priority. (But I didn’t. I had better things to do.)

I meandered toward the videogame exhibit, and cringed. Projected on the wall was a cyclical video, displaying pixels and spaceships and polygons, chiptunes blaring and distorted explosion sounds emanating from the speakers. The name of the exhibit flashed in a standard retro-game font. This was not an exhibit about defying expectations. These were the videogames we all know and love. These are not images most people would deem as “artistic.”

I turn the corner and kids are everywhere. Great.

The entire exhibit is framed by the words of game developers and critics, with quotes adorning the walls, insisting that “Video games foster the mindset that allows creativity to grow” (Nolan Bushnell) and “Games have so much freedom. You can go anywhere you want” (Jenova Chen). These quotes are convincing in such a setting, coupled with the unavoidable progress of the medium demonstrated in chronologically arranged displays. These displays contain both hardware artifacts and games on display, with commentary explaining the groundbreaking and artistic nature of even the most purely entertainment-focused pieces. 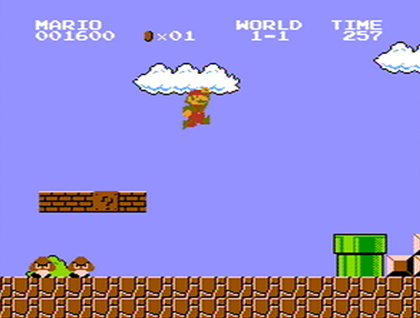 After browsing a museum full of purposefully unpleasant and bewildering paintings and sculptures, these games seemed somehow unworthy of the Smithsonian treatment, like finding popsicles in a classy restaurant. Meanwhile, sandwiched between the two places wherein the exhibit makes the case for games as art, there are five games available to be played by whoever is willing to stand in line.

The first game is Pac-Man. A long line forms, and older parents explain to their children how to play. One tweenager says “the controls are actually kind of sluggish.” The young critic does his best to provide insight without any real context, and the kids around him nod in agreement. The parents seem despondent. I roll my eyes.

Next, kids stand patiently in line to play the original Super Mario Bros., a game that is best played at home with all the time in the world. This version is on a timer, and resets after just a couple of minutes of play. It’s safe to say that none of these kids will experience the joy of finding a warp pipe. To their eyes, the game seems substandard.

No one is playing The Secret of Monkey Island. A woman in her twenties plays Flower. There is no audience. A young child attempts to play Myst, but he and his mother seem utterly bewildered by the seemingly random – no, actually random – gauges and switches. 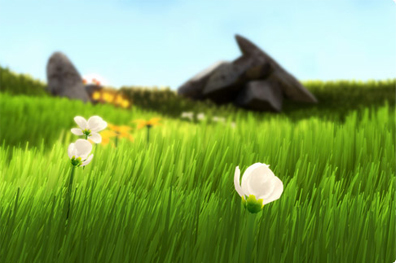 It is, to be honest, an underwhelming exhibit in terms of artistic splendor, but the execution is nearly perfect. Screen shots of 80 different games are displayed in high-resolution, backlit and splendid looking. Even the 1980s primitive platformer Pitfall seems genuinely intriguing in this setting – each pixel seems deliberately placed.

That’s the really striking thing about videogames: as much as they seem silly or trivial, a closer look and deeper thought reveals something else. These games we played when we were kids, the ones that seemed like sugary sweet entertainment, are actually incredibly rich and dense works of art on several levels. Images from those older games remain embedded in our minds as we grow old and have children who will never appreciate those games in the same way.

We didn’t realize it until later, but those archaic and trivial games meant something to us. In this exhibit, we learn that we’re not alone. They meant something to the creators too. In the shadow of artistic endeavors from all over the world and from throughout history, videogames don’t seem trivial as much as they seem like a brand new world, whose key quality is a low bar for accessibility. If videogames are for kids, it’s not because they’re trivial, but because they’re accessible.

Toy Hunter: It Came from SDCC