In her book Stonehenge: Making Space, anthropologist and geographer Barbara Bender invites us to think of landscapes as something contested. Meanings are made by combining its inherent qualities with the subjective viewpoint of the observer. To English Heritage, Stonehenge is something which must be carefully managed, protected and projected as a point of national pride. To modern pagans, Stonehenge may be a site of religious significance. Their understanding of the stone circle as a place for celebration, dances and offerings is in direct conflict with English Heritage’s ropes and cordons.

To the gamer, Stonehenge may be something visited through the eyes of the Assassin’s Creed: Valhalla protagonist Eivor, or carefully cut around in Lawn Mowing Simulator.

This isn’t (or wasn’t, when Bender was writing) as well-explored in geography as it is in media, where it’s broadly accepted that the audience is at least a collaborative participant, if not the sole interpreter in the act of meaning-making. In a book or a movie, the description or visual representation of whatever space the characters move through is both carefully considered by the creator and subjectively understood by the audience.

The same is true of games, of course, but in games the player is often moving through that space themselves. As well as pan-media considerations like tone and worldbuilding, the landscape might need to communicate navigational cues, or have enough cover for the player character to hide behind, or conceal hidden collectables.

And yet the concept of space in games seems to most often come up as a bragging point followed by immediate backlash. “Our game is 10,000 square miles!” vs. “who the hell has time for that!” and then the immediate devolution into repetitive discourse. On Twitter it seems that the best nuance that can be summoned is a gesture towards density, towards having things to do in that space. And that is an element of it. But exploring how the space itself expresses meaning, how players experience that, and how different players might do so differently is what I want to explore in this column. (Off Twitter, of course, these discussions are happening; far be it for me to say that I’m breaking new ground just because I’m writing something slightly longer than a 12-part thread.)

Where better to start in this endeavor than monster month? Horror is perhaps the genre where contested space is most easily found lurking. Twisting a once-familiar place into a new context grounds the fear for audiences to tap into. The meaning we feel we ought to create from these spaces is lost, leaving a void that can be filled by the imagination. And in horror games, the player is given both the autonomy to explore those spaces themselves and the complicity of outcome that goes along with that. In B-movie inspired The Quarry, for instance, a player might feel more in control of their environment if they send their character along what seems like a safer path and feel tricked by it when that causes the sweet boy developing a blossoming romance to end up [redacted for spoilers]. 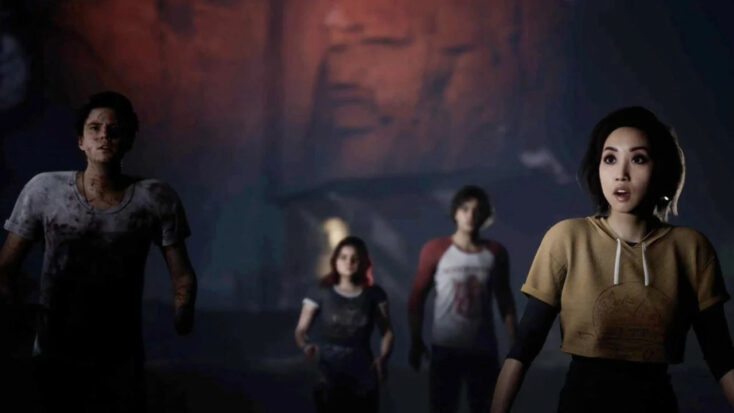 But that’s not the only layer of contestation. Bender is also adjacent to a field known as landscape phenomenology, which studies the lived experience of researchers in the landscape. The Quarry, for example, has a movie mode for people who would rather watch than play. Even if it didn’t, streamers provide that service for those of us who are horror averse – like me, who watched it played by Jack de Quidt and Kat Brewster (at katbamkapow on Twitch). That layer of remove is the only way that someone I (a coward) am able to engage with horror at all. On the other hand, I mentioned that I was writing about The Quarry in passing to my friend and previous Unwinnable columnist Diego Nicolás Argüello who just replied “lol but the quarry isn’t scary.”

The Quarry presents contestations both textual and phenomenological. Textually, it’s a fun summer camp, and a site of supernatural horror and the place where a past tragedy occurred.  Phenomenologically, it’s a game where all your favorite characters died, or you went back and tried over and over again to save them, or you were jump scared by your own choice to progress in a certain direction, or you successfully avoided that by looking away from the stream.

But it also has limits. No matter what Diego thinks, there’s no interpretation of its space where everyone is having a fantastic time in the woods. And that obviously works for its genre. Where The Quarry invites contested meanings it does so effectively, building both in-game tension and meta-level considerations like replayability, and approachability for those of us not usually into horror.

Other games flatten interpretation of their spaces and do so much less effectively. To return to the example of Stonehenge, in Assassin’s Creed: Valhalla, it can only be an ancient monument mysteriously linked to the precursor race. At this time in real history, it may have been an important site of pilgrimage for people looking for healing, but Valhalla’s NPCs barely reference the circle at all. Conversely, other stone circles around England are made into miniature Stonehenges, erasing its unique architecture and those other circles’ own beauty.

This is not a plea for historical or geographic accuracy, but an invitation to see how these representations reflect the real contested meanings of Stonehenge – and which ones are centered. Where it becomes something common, alien and marketable for Valhalla, it emphasizes some understandings of the space while burying others.

By exploring those twin processes of complicating and flattening the meaning of spaces in games, I hope we can explore how landscapes both digital and real are presented to us, and to what effect. And maybe, finally, we as gamers will know what touching grass really means.

Jay Castello is a freelance writer covering games and internet culture. If they’re not down a research rabbit hole you’ll probably find them taking bad photographs in the woods.

An Hour Making Games in the Belly of Demonicon