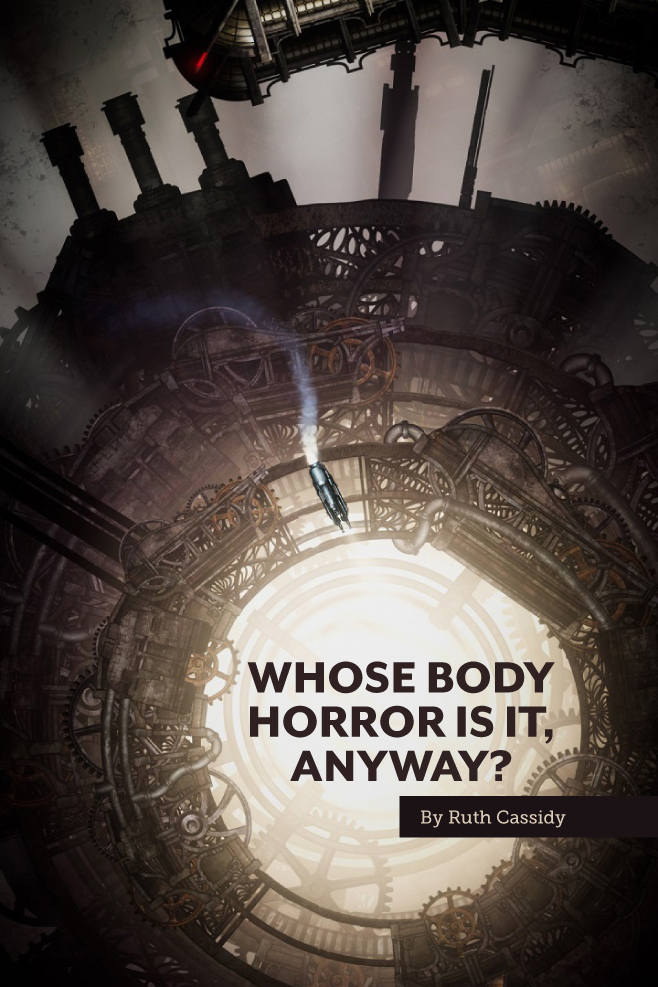 Monstrousness is held in the body. The rotting cadaver, the mindless horde and the sickly pallor of contagion all belong to different zombies, who all hold different horrors. A werewolf is first unlike you because of its nature – it has succumbed to something that you have not – but its animalistic impulses are inextricable from how its body expresses them. We have to fear that we could become like the monster – that the same potential for corruption is inside us, and could make itself known.

This understanding then goes two ways, and the possession of a healthy body becomes reassurance that you are good. We know our bodies as whole and find it wrong when they change. Aging and disabled bodies easily become the object of horror, because in a just world (the tempting thought goes) this only happens to people who have done something to deserve it.

As you explore the world of Sunless Skies, you gain new facets to yourself – like experience being carved into a gemstone. You’re changed by the depths you travel, the knowledge you seek and the choices you commit to. Sometimes it’s only a memory that haunts you, but other times that change is carried in your body.

If you go to Albion – seat of the New British Empire and the equally nightmarish Clockwork Sun – you can acquire the aspect of Pestilence: “You are turning – imperceptibly slowly – into glass.” It’s a side effect of, quite literally, flying too close to the sun.

It’s up to you whether that change manifests deep in your lungs, or on the surface of your chest. Do you hide the part of it that consumes you, or live with your terrible vulnerability transparently on display? Your breath, or your beating heart?

It’s an opt-in process – to choose the aspect, to choose how it manifests – but also to ever have chosen to adventure that thoroughly at all. The captains of Sunless Skies embody the choices they willingly make. It’s a sickness, but it’s also a gamble: the price paid for embracing horror.

There is a strange self-reinforcing direction to how we think of monstrous bodies and deserving bodies, and Sunless Skies’ pestilence cuts through it with two very interesting contradictions. The manifestation of monster makes you both less person, and more evidently mortal; and the flaw that causes the illness is not weakness, but an embodiment of hubris. Not an error, but a conscious indulgence, and one that’s tempting to my corrupt, disabled self.

Ruth Cassidy is a writer and self-described velcro cyborg whose DMs are open for pictures of mountains & your cats. Direct them to twitter @velcrocyborg.