Sometimes circumstances can push people to do things they would never normally consider. This axiom beats in the heart of the horror that underpins Infinite Fall’s side-scrolling adventure title Night in the Woods (2017), a videogame that only feels faintly like a monster tale until it takes a dark turn toward its conclusion. The antagonists at the core of the story are at once real and imagined, both a metaphorical representation of an actual threat, and a fantastical being from the underworld that (probably) isn’t real.

As we enter this spookiest (excuse me, spoopiest) of all seasons, which this year happens to immediately precede mid-term elections in the United States, now seems like a fitting time to revisit a game that seamlessly threads a coming-of-age plotline with cosmic horror and incisive socio-political observation. By telling a story where hardship turns some toward one another for support, while turning others into monsters, Night in the Woods still resonates nearly six years after its release date.

Night in the Woods opens with protagonist Mae Borowitz arriving at the transit station in her hometown of Possum Springs. She expects someone will be there to welcome her back; instead, as she steps off the last bus in town, she’s greeted only by a janitor who happens to be working late. With no ride to her parent’s house (where she’s moving back after dropping out of college), she tightrope-walks along a powerline over a locked fence, before falling to the dirt and getting picked up by a cop. The officer drops her off at home, where Mae argues with her dad, who thought she was arriving the next night.

Sounds like an introduction to a story about coming to terms with yourself. Throughout the game, Mae struggles with her inability to turn back the clock on the last two years of her life, as she sometimes fights with her parents, frustrates her friends who are similarly trying to find their way through early adulthood, and finds that nothing feels quite the same anymore. It’s a relatable narrative for anyone who has (or may currently be) trying to figure out who they are and what they want to be in an unforgiving place. 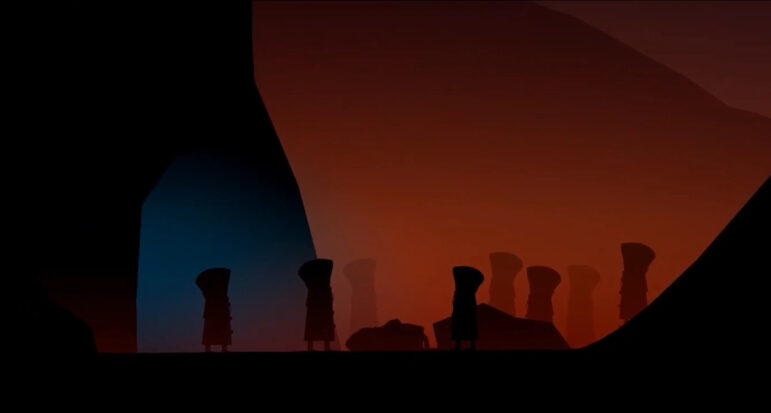 Meanwhile, there are dark forces lurking beneath the surface in Possum Springs, and it doesn’t take long for the story to start dropping clues that something sinister is afoot. When Mae and her friends find a severed arm outside the town diner, a police officer orders them to disburse, and to leave in pairs of two. Since she doesn’t have a vehicle, Mae catches a ride home with Bea, an acquaintance who didn’t get the opportunity to go to college that she feels Mae has squandered. She kicks Mae out of the car a few blocks early after she asks an awkward question about her job at the hardware store.

For most of its duration, this is about as much conflict as you find in Night in the Woods. It isn’t a “horror game” in the traditional sense, as journalist Ellie Kovach wrote for The Believer earlier this year; the game is a narrative-driven slow burn rather than a tense thriller, and it lacks the gore and jump scares of something like The Evil Within or Outlast. There are no explicit enemies to defeat nor any combat mechanics to speak of either, and aside from some puzzle-platforming during distressing dream sequences, most of the game is spent at a relaxed pace, traipsing around town and advancing the story through branching dialogue trees.

Indeed, Night in the Woods takes its time reaching its pivotal plot twist, peeling back layers from its character’s back stories, steadily revealing more details about their struggles. And if there’s a unifying thread that connects the populace of Possum Springs, it’s that everyone in the town is being crushed by economic decline. The loss of unionized mining jobs, combined by local businesses either being driven out or swallowed whole by national chains, has left the town looking and feeling like a ghost of its former self.

Mae came home expecting to return to her carefree pre-college life only to realize that the version of Possum Springs where she grew up is never coming back. There’s a deep sense of despair that permeates the town, and its residents do what they can to cope. For Mae and her friends, this means trying to restart their punk band, commiserating over pizza, and committing petty theft at the mall. For a shadowy group of middle-aged residents however, that means forming what could best be described as a Boomer death cult, one that sacrifices those they deem unworthy (sometimes including their own members) to the Black Goat in the bowels of an abandoned mine. 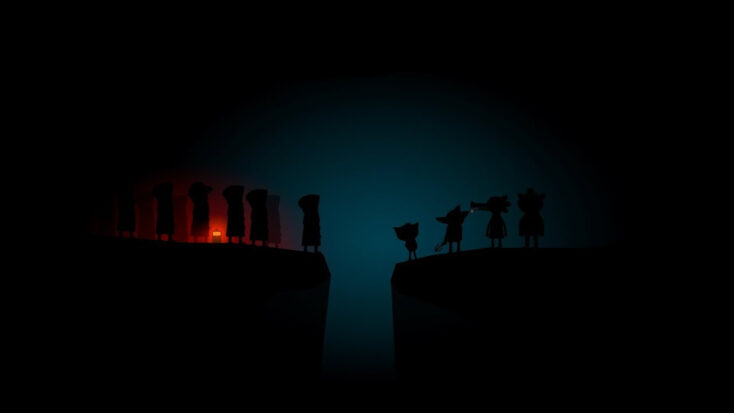 The cult claims its goal is to protect Possum Springs and to safeguard the town from sloth and outside influences. It’s instead a violent organization that preys upon ignorance by leveraging hopelessness as a recruiting tool, murdering the innocent and the vulnerable as a means of taking revenge against the unfairness of the world. They are common people who have turned monstrous under the weight of unmet expectations, fearful of the rot and decay that surrounds them, and searching for someone, anyone, other than themselves to pin the blame on.

As a narrative device, the cultists are a clear commentary on how older generations often turn more conservative with age, kicking the ladder out from underneath the generations that follow them. If you believe your economic fortunes are 100% a reflection of your own work ethic, and you’re willing to take that thought to its furthest logical extreme, it becomes easy to believe that a lack of wealth equals lack of righteousness. And if you don’t see those less fortunate than you as fully human,
maybe that’s how you find yourself becoming an accessory to unimaginable cruelties.

Night in the Woods uses dark imagery for dramatic effect, but the truth of its metaphor remains on point. It reflects a monstrousness that’s frightening because it’s real and often hiding in plain sight (or, increasingly, no longer feeling the need to hide itself at all). It’s a story that shows how the personal and the political are inseparable, in a way that’s relevant to our current moment, with equal parts depth and urgency. It remains a rare achievement for its medium and one that is more than worth revisiting now.

Night in the Woods, The Monster Issue

2 Massive 2 Darkness: When Your Darkness is Maybe a Little Too Big