This is an excerpt from the cover story of Unwinnable Monthly #155. If you like what you see, grab the magazine for less than ten dollars, or subscribe and get all future magazines for half price. 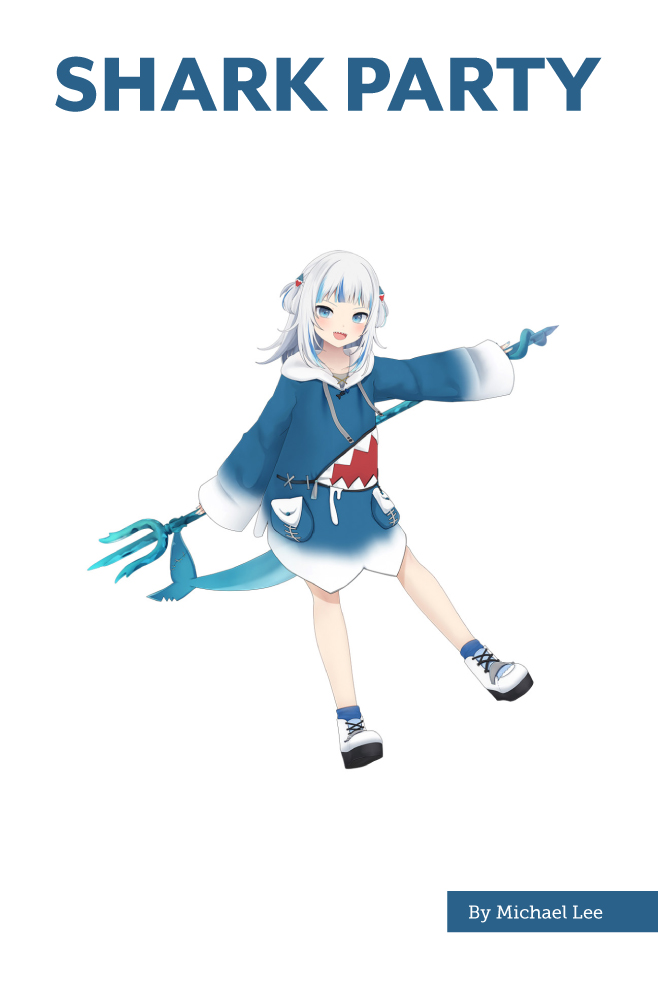 If Plato’s stories are to be believed, Atlantis was once a rich and powerful island nation that was swallowed up by the sea and lost to time. The myth of the forgotten city has fueled the dreams and ambitions of countless authors, explorers and archaeologists, all spurred on by romantic visions of a lost city hiding somewhere underwater. It turns out, an Atlantean has survived all this time. A lonely little shark girl named Gawr Gura, who recently left the sunken city in search of human contact, has surfaced and taken up residence on YouTube. And I was at her birthday party. It’s a long story.

As our social lives migrate from the analog face-to-face to an immediate, everywhere all at once digital existence, new modes of sociality begin to take hold that shape relationships in ways not possible in the pre-internet age. The kinds of relationships people form in online spaces can be as meaningful and socially rewarding as physical encounters with human bodies. Nowhere else does the digital agora fulfill that sense of communal belonging better than the world of live streaming. Platforms like Twitch and YouTube invite viewers to become active citizens in communities formed around a streamer broadcasting anything from cooking and crafting to music making and videogaming.

Where once parasocial relationships were a wholly one-sided affair between the viewer or fan and their chosen celebrity figure, with the immediacy and interactivity of live streaming, now they feel as if they are a part of something real. But what happens when the person doing the live streaming . . . might not be a person at all?

The endless horizon where the ocean meets the sky obscures the divide between the two. With anime-styled YouTubers like Gawr Gura connecting with viewers in a way that creates real emotional resonance, we have now reached that same horizon between the real and the virtual. Viewers ply this online ocean in search of a connection to something tangible, and catching sight of a Vtuber on that horizon, wonder if they might find their own digital Atlantis. Could they have actually found what they were looking for in their interactions with an anime shark girl? 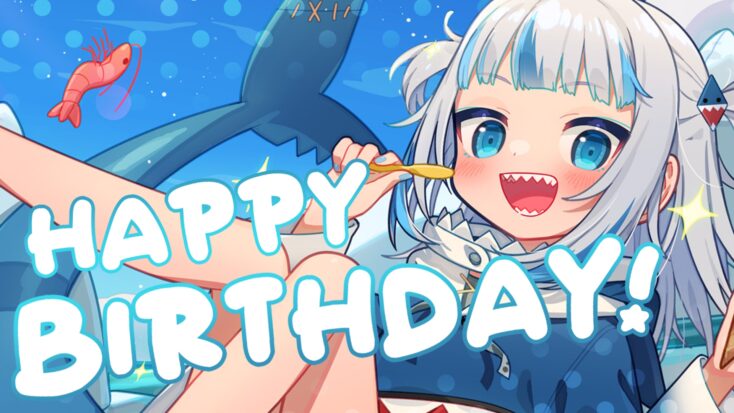 Gawr Gura is one of hundreds, if not thousands, of Vtubers – Virtual YouTubers  – appearing on streaming platforms across the internet. For her birthday, she hosted a virtual concert featuring her friends in the Hololive VTuber stable, one of the major corporate players in the VTuber world. Gura performed on a 3D stage with an aquatic theme, singing anime theme songs and cozy City Pop jams – breezy Japanese pop songs from the 1980s that have seen a resurgence in popularity, particularly in online communities. Fans cheered, showered Gura and her friends with heart emojis, some claimed to be crying. Gura’s party was a huge success, viewed by over a million people.

The surge of interest in watching a fictional, two-dimensional character play videogames or sing and dance on a live stream might seem like an exercise in social and emotional futility, the final death throes of a society that has completely lost touch with reality. But imbuing a character with life in such a way that we believe it to be real has long been a goal of performers looking to engage, and of audiences wanting to connect.

Back in Edo Period Japan, theater performers in major cities like Tokyo and Osaka would use puppets to tell stories, as part of an artform known as Ningyo Joruri, or doll narratives. Unlike Kabuki (that was just finding its footing at the same time) where human actors perform the story, Ningyo Joruri focuses on an expertly crafted doll filling the role of the actor. The play is narrated by a person who remains off the main stage, while the audience watches as the large – sometimes upwards of four feet – doll acts before them. The doll’s well-constructed face is capable of changing expressions and their body capable of approximating human motion with the help of three puppeteers manipulating various parts of the doll.

This kind of performance attempts to blur the lines of reality, asking audiences to believe that the doll is in fact a living being, acting for your entertainment. Not unlike the ask made of viewers watching Gawr Gura as she plays through the latest game while chatting away with her fans, who are known as “Chumbuds.” 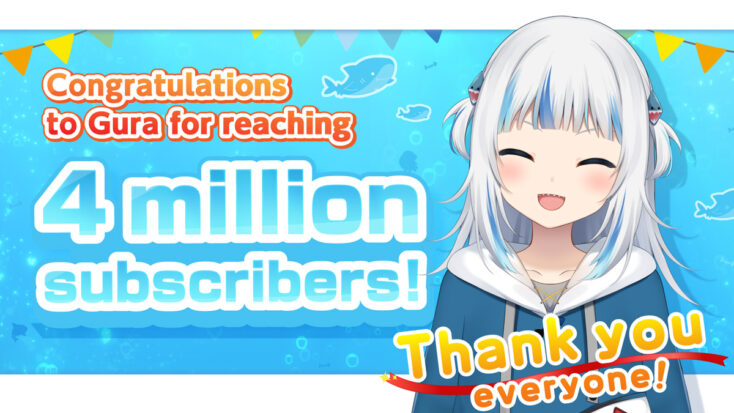 Gura’s anime avatar – which utilizes the visual language of anime and manga in order to maximize her charm – occupies the bottom corner of her stream, her head bobbing and her face reacting to whatever is happening. She is stuck in the screen, without the possibility of ever escaping it and entering into our world, yet fans tell her they love her, share personal problems with her, and ask her questions so they can know her better. If Gura says she’s tired, fans tell her to get a good night’s sleep. If she says her tummy hurts, fans will suggest a type of medicine she should take to cure it. To them, she is as real as any human streamer on Twitch or YouTube. A great deal of that sense of realism comes from the character work done by the voice actor performing as Gawr Gura, and in considering the work done by voice actors, we begin to see how their work serves to bridge that gap between the fictional and the real.

In Japan’s voice actor community, there is a saying that the voice actor is the naka no hito (person inside) of a character. The image we see in anime, or that of a VTuber, is nothing more than a hollow shell, given life by the voice actor. It thus creates, as media scholar Thomas Lamarre would say in The Anime Machine: A Media Theory of Animation, a “soulful body.” Lamarre describes characters that are inhabited in this way—by their voice actor’s performance – as “characters imbued with a sense of life and internal consistency.” Gawr Gura is given this sense of life by her voice actor, who as of now remains unidentified, with in-jokes, personality quirks, as well as wants and desires, that give her an anima that viewers pick up on.

Anthropologist Shunsuke Nozawa (“Ensoulment and Effacement in Japanese Voice Acting”) says that the voice actor is “an enchanter” who “relays characters’ voices to fans and animates characters’ bodies in narratives and events” acting as an “interface between fans and characters.” The voice actor does this while being effaced by the character, slipping into anonymity behind the mask of the character they are voicing. This tracks for Gawr Gura, as no one knows who her naka no hito even is, the effacement is so effective that we only see Gura speaking to us, there is no person behind the curtain, there is only an anime shark girl.

Michael Lee is a writer who sometimes takes anime, manga and videogames a little too seriously. He spends his time researching fandom and the ways in which we engage with, and are influenced by, media. Follow him on Twitter @kousatender.

You’ve been reading an excerpt from Unwinnable Monthly Issue 155.

Lasagna Cat and the Internet We Lost

So Why Even Do It At All?