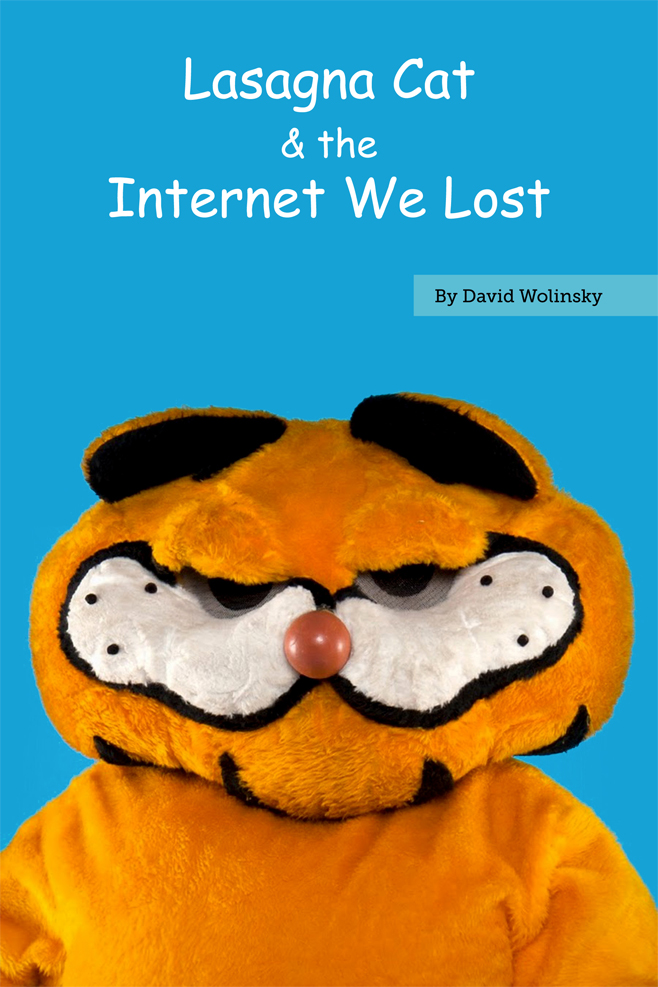 Before the internet deteriorated into a lethally destructive force making democracy impossible, it was a playground for sharing stupid jokes and dumb videos – usually about cats. In this primitive era of one decade ago, YouTube was young and emerging as an exciting and amazingly reliable frontier for people to stream the same clip to countless others without having to host it themselves and get hit with a colossal ISP bill. There were no YouTube stars or people supporting themselves with ad revenue; in 2008, the platform’s big news was you could upload in 480p. The point of sharing was to share.

Even so, YouTube was capable of generating breakout hit-makers and one of the first was Fatal Farm, an early web-video production duo that share an aesthetic Tim and Eric are credited with making popular: disturbing high-concept videos trucking in as much satire as needless effort on production values. When FF’s Jeffrey Max and Zach Johnson unceremoniously uploaded a batch of “Lasagna Cat” videos in January 2008, the pair already had a reputation for alternately weird and understated humor, ranging from “alternate” versions of TV show intros to Infinite Solutions, a web series cheerfully offering deceptive tech tutorials.

“Lasagna Cat” is a baffling clothesline, equal parts homage and violation of Jim Davis’ “Garfield.” The formula: After an understated live re-enactment of a strip and a pained laugh track, there’s an overdone stylized remix music video. Strange, simple and unnecessary though it may sound, these videos catapulted Max and Johnson into directing episodes of Adult Swim’s Infomercials and Comedy Central’s Key & Peele, plus ads for Snickers, Oreo, and Old Spice. They didn’t do “Lasagna Cat” to further their careers; they fully expected the original videos to be taken down and hopefully seeded by strangers to old-internet’s foremost comedy destination, eBaum’s World.

But deep down, Johnson and Max have an undying love and appreciation for humor that only works online. That’s part of why, nine years after making their biggest digital splash, the two came back in 2017 with 13 new installments of “Lasagna Cat,” the opening of which was an outlandish invitation for their fans to call a toll-free number and leave a message stating their number of sexual partners. (That video is nearly five hours long, and is worth watching until the end.) Unwinnable talked to Fatal Farm about resurrecting “Lasagna Cat,” their devotion to effects-driven comedy, how the internet has changed nostalgia and sincerity, why YouTube kind of sucks today and much more.

Zach Johnson: We matured professionally with being okay that we were stealing a bunch of music and a character. Even though character abuse or misuse is still rampant or casually accepted on the internet now, it’s still a faux pas and amateur to not have royalty-free music or to not respect the licensing rights. For us to do that really felt anachronistic or just out of touch. I was just as embarrassed to steal a Lady Gaga song as I was to spend all this effort revisiting Garfield. I don’t know how Jeff feels about it.

Jeffrey Max: I agree, it’s also just the nature of telling people, “Yeah, we made a web series just for YouTube and we spent a lot of our own money on it and we can’t monetize it.” The whole thing seemed sort of de-legitimizing.

Zach Johnson: People ask, “Who’s your partnership? What’s your monetization?” YouTube is so cold now. It’s such a business. Before, it was like going to a coffee house, an open-mic night. If we are going to do another YouTube video, it’s not gonna be some partnership-channel thing. Maybe I’m an old fogey, but I think YouTube exists in the experimental playground. If you’re trying to make money on YouTube, good for you. That’s what you do now but I don’t want to do that ever. Anything I put out on YouTube I think could go away in a day. I don’t expect to make a dollar off of it.

Unwinnable: Those were the expectations of YouTube nine years ago. What would have been the best-case scenario nine years ago on YouTube?

Zach Johnson: Exactly, and I just haven’t updated my standing on that platform. I have not grown mentally with the platform.

Jeffrey Max: I don’t get the sense that people are trying as hard on the platforms anymore.

Zach Johnson: I think all the ambition is on Vimeo now. That’s a slam on YouTube. [Laughs.] It’s been really good to us. It seems like everything that works on YouTube is community. It’s what they want. I think more early on, YouTube was an interesting video-artist play-place where you found influential Adult Swim and original content creators. Now it’s just vloggers.

Unwinnable: What assumptions do people make about you because you have popular YouTube videos?

Jeffrey Max: I don’t know what people assume. I think amongst some of our peers, because we took nine years to put these out we’ve gained the reputation of being stubborn and very exacting in what they want. Unwilling to compromise. Our friends think we’re crazy.

Zach Johnson: There’s an expectation that we are a contributing member of the YouTube community, rather than essentially a YouTube hit-and-run terrorist, which is more what we are…

David Wolinsky is a freelance journalist and the creator of Don’t Die, an interview series chronicling the history of cultural disconnects in videogames and entertainment. You can support his work on Patreon and follow him on Twitter @DavidWolinsky.

The Heart of Fighting Games