Tatsuki Fujimoto and Oto Toda’s “Just Listen to the Song” is a short story about the mortifying coil of interpretation. It’s brief for a one-shot from the mangaka of Chainsaw Man at just 18 pages in length and its subject matter is far less spectacular than anything he has written yet. The premise is simple: a high school boy records a love song, his crush shares it with their class and soon the world is watching, looking, seeing things that weren’t there, or perhaps . . .

It’s utterly tame. There is no sense of unease from each turn of the page, it’s thrilling friction an all-consuming, yet ephemeral virality that is undercut by the protagonist’s apathetic relation to the spotlight. Rather, what we as reader come to see through the nameless protagonist is a grand misdirection. From his perspective we understand that the audience is not really looking towards him, his song, nor even his performance. What draws them in are all these things he didn’t do, couldn’t have even known: the cat that runs off the bed, the ghosts that apparently haunt his room, the meaning of the song when translated, the lyrics themselves when played in reverse, indulgent misinterpretations. It’s all the things in the Real.

The complete removal of the creator from the life of the work is emphasized by his namelessness, a reverse Frankenstein’s monster. Though his video’s reception is met with exclamations of genius, his only appellation to both readers and the world is a channel name that he feels stuck with. There is no accomplishment in this creation, which doesn’t even achieve his one true purpose. At the end of “Just Listen to the Song,” the boy’s crush sits next to him on their commute to school. She shares her headphones and plays a downloaded copy of the song he has now taken offline. Unlike everyone else at least she knows what he’s singing about. The lyrics reference a shared memory, the time he drew her in their middle school portrait class. “So cringey,” she says.

His head drops in the manga’s final full-page panel, concealing his face while she stares at her phone unamused. A wire connects the two through song, but they don’t hear the same thing. It finally devastates him; to be heard, or to be heard like this. Unable to reach her, or anyone else. The manga’s final scene is a depiction of a latent mirror phase as it relates to artistic creation, and the life of the work itself portrayed as a modern Prometheus. Unheard; unreachable; true meaning unsuccessfully mediated through the symbolic, forever separating the self and other. For an artist or “creator” in the present, this is the horror of interpretation. 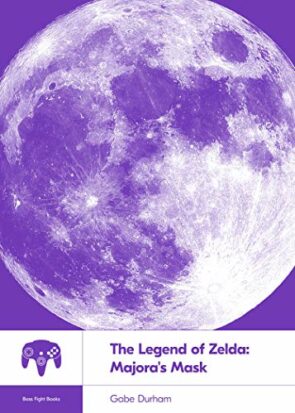 In The Legend of Zelda: Majora’s Mask (Boss Fight Books, 2020), Gabe Durham writes that in this moment, “there are those who refuse to do the work of interpretation and those who interpret obsessively.” The book, a profile of development on Ocarina of Time’s sequel, is framed by the competing narratives of our time – that of a text’s creation and the audience’s reception to it. This contestation over intention and interpretation is not itself a new locus of criticism, but the undercurrent compelling these forces has altered in the contemporary media landscape. Author and reader, developer and player, artist and critic; Behind both are alternate realities of meaning made. In Durham’s own words, the parallel presentation of his book seeks to illuminate “the relationship between how Majora was created and how it was received – and shine a light on the strange and tumultuous romance between art and fandom.” Or so he intends to do so.

Just whether to take an artist’s, developer’s, or author’s own words into consideration is itself a contested question in pop culture’s current zeitgeist, created by the polemical forces of fandom and auteur. Such is a statement of intention, which negates interpretation. (Though if everything is text, then statements of intention are themselves open to interpretation, just another turn on Derrida’s “detour of signs”). Regardless, overinterpretation and the refusal to engage in interpretation emerge from a fixation on authorial intent as a site meaning making.

In effect, “what both approaches share,” Durham writes, “is the impulse to take a work teeming with meaning and attempt to reduce it down to something so easy to digest that the work itself no longer matters.” Inquiry is shut down, and criticism becomes ending explained videos that, as Dan Olson writes, “approach plot as a problem to be unpacked and solved.” Timeline continuity, canonicity and lore replace not just expression, but the realm of the symbolic. While “creators attempt to expand a work by highlighting/exaggerating elements so those elements can ‘feel more real’ than reality,” Durham argues, “fans often fall into the trap of begging a work to remain tethered to reality (or a reality).”

This echoes writer Nathalie Olah’s description of realism as “the appropriation of objects, or replication of events and experiences in as life-like terms as possible, so as to eliminate the need for active participation.” This shift is noticeable: Under such a paradigm, “representation” has become inclusion somewhere in the alternate reality – in lore or canon – not the actual representation of images on the screen. That distance has become essential to the touristy gaze of presumed hegemonic audiences (see: Disney’s ‘first openly gay character’ trope), a specter of realism mediating storytelling beyond graphical fidelity. 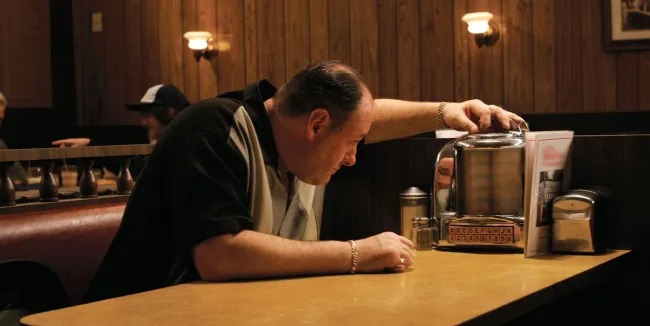 And when we look for it, we can find intention is invoked, well, everywhere. Forsaking or deferring to intent as a crutch for analysis is even a meme that seems to hallmark a certain stage of our critical development at some point in high school English class: the curtains, and their blueness. But look further, and you’ll see intention invoked from artists, critics, commentors, trolls and the like, about just about anything that could possibly have divergent interpretations:

The ending of The Sopranos, Azula’s character arc in Avatar: The Last Airbender, difficulty in Dark Souls, level design in Elden Ring, The Matrix as trans allegory, criticism of I Spit On Your Grave, autistic representation in El Tigre, the allegory of Can’t Help Myself, “bad criticisms” of Steven Universe, queer representation in Arcane, supposedly controversial writing throughout Gravity Falls, pay to win mechanics in Diablo Immortal, philosophy in Neon Genesis Evangelion, and the end of Annihilation to name a few.

This section, then, is my own statement of intent. I want to spend time thinking about works that complicate artistic intention, that reveal something about just where meaning is made. Hopefully, we’ll learn something about the creative process while doing so too. We’ll look at works that transform, explode and deconstruct intention, that point towards shaky grounds and make their own authoritative foundations less stable. And we’ll find guides in artists and critics themselves.

We start next month with transformation as we begin to move against intention.