This feature is a reprint from Unwinnable Monthly #147. If you like what you see, grab the magazine for less than ten dollars, or subscribe and get all future magazines for half price. 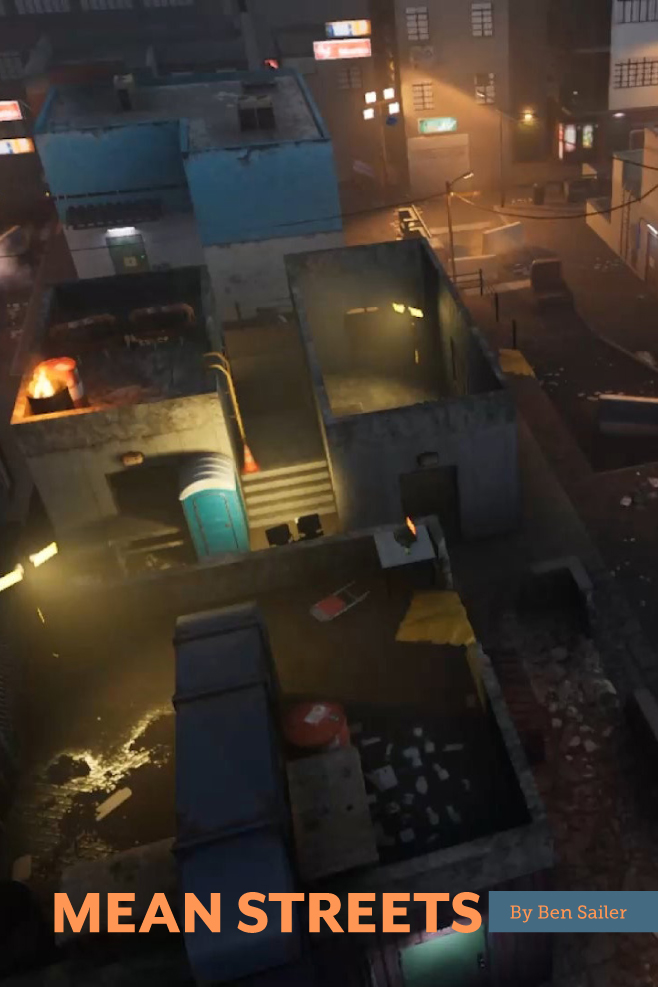 If you’ve been around long enough, you may remember when co-op modes were commonplace in videogames. They’re not unheard of these days, but they’re certainly less common than they used to be and aren’t something that’s generally expected. Modern multiplayer modes often emphasize competition over cooperation, a development that may have been accelerated by the dominance of shooters and other types of games that naturally lend themselves toward competitive action.

Curiously, squad-based tactical roleplaying games have rarely featured co-op capabilities. On a conceptual level, these games are well-suited for cooperative play, centering around controlling parties of combatants that must work together toward annihilating an opposing force. On paper, this seems like an obvious framework for team-based play, and yet relatively few titles have capitalized on this opportunity.

It almost feels like leaving money on the table.

Joana Dimas and Sérgio Gil probably weren’t the first fans of the genre to notice this gap in the market. However, they may be among the first developers to have consciously decided to do something about it. The “story and strategy loving couple from Portugal” are the cofounders of Code Three Fifty One (formerly known as Foresight Games), an independent studio that’s hard at work on the upcoming tactical RPG Project Haven, a game that’s attracting attention for doing what others won’t.

“Project Haven is a tactical turn-based game set in a dystopian near-future where all of humanity lives in a single shielded city,” says Gil. “It’s a game for people wanting a more in-depth tactical experience, with lots of customization in your character’s stats and loadout, along with a heavy focus on character control.”

Watch any recent trailer for Project Haven, and you might assume you’re seeing something from a large, well-funded studio, based on the game’s polish and scope. Its actual origin story is rooted in rather humble (and heartwarming) beginnings. As a fan of tactical games, Gil showed Dimas Jagged Alliance 2, his favorite classic tactical RPG. However, after struggling to play together cooperatively with a mod, they decided to take matters into their own hands and create their own game, one that would bring the genre into the modern era while incorporating the co-op and competitive multiplayer options they wanted to see. 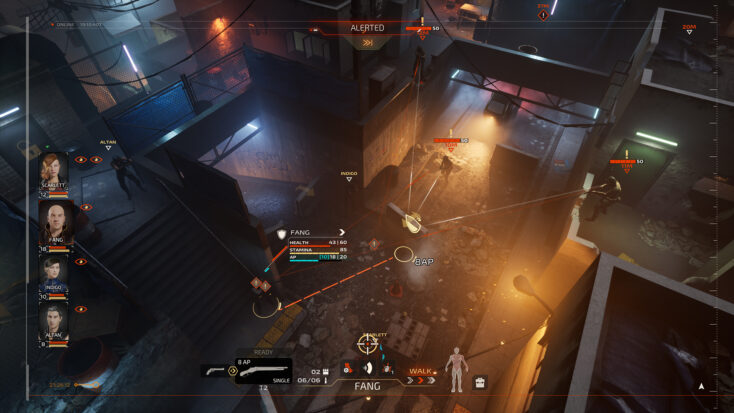 An ambitious goal to be sure, but then again, fortune favors the bold. This inspirational flashpoint coincidentally came shortly after the release of Unreal Engine 4. Since Dimas and Gil were curious to try the latest iteration of Unreal for themselves anyway, they now had the perfect excuse to explore what it could do. Equipped with the tools for the job, they wasted little time getting to work.

The creative vision for Project Haven came together quickly from there. From the get-go, they knew they wanted to revamp the classic squad tactics formula and meld it with a gritty cinematic aesthetic inspired by films like Blade Runner and Johnny Mnemonic (the latter of which was coincidentally released in 1995, the same year as the original Jagged Alliance).

On paper, this sounds straightforward enough. It’s needs to be made clear though that Project Haven isn’t intended to be a nostalgia trip that simply slaps a fresh coat of paint over tried-and-true mechanics. While it does promise to keep at least one foot firmly planted in tradition, suffice it to say, Project Haven is meant to not only revive the spirit of its source material, but to stand on its own merits.

“There’s a couple of key features that differentiate Project Haven from other contemporary games in the genre,” Gil says. “One being the granular action point system that allows extreme control of the characters, something that was more common in the classics, but we also include modern features like a third person aiming system and a grid-less design.”

Building on top of a time-tested foundation while adding fresh ideas and influences seems like a winning combination. Players agreed and it didn’t take long for the idea of Project Haven to pick up momentum. After its Steam Greenlight campaign proved massively successful, Gil and Dimas were able to persuade narrative designer Edwin McRae to join the project, a writer whose resume includes work on several similar titles (and one high-profile tactical RPG in particular that caught the couple’s attention). 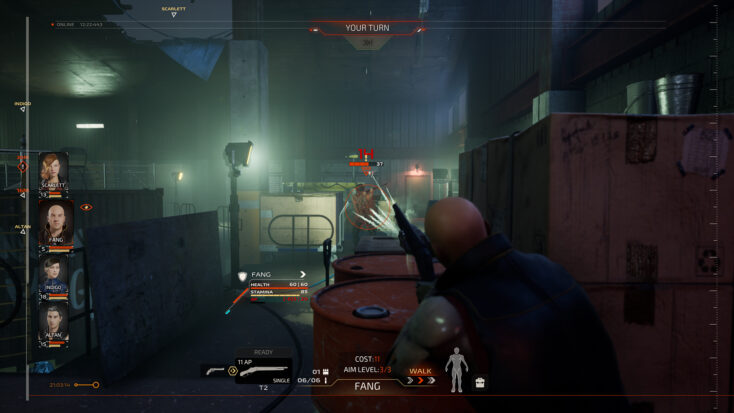 “Early in the development of Project Haven we were looking for a freelance writer that would help us develop the whole story and narrative component of the game,” Gil says. “While searching we ended up on Edwin’s website and noticed he was the writer for Path of Exile, a game which we had previously praised for its writing, so we had to immediately contact him. Luckily for us, dystopian cyberpunk themes were something that he also really liked. After chatting for a bit our ideas really meshed, and we were really happy to have him on-board.”

Plot-wise, Project Haven takes place in Haven City, a walled metropolis and the last city on Earth. With government corruption endemic amongst the elite and roving gangs vying for territory amongst the slums, it ironically isn’t much of a haven at all. It’s here that a ragtag band of mercenaries called the Steel Dragons roam the streets in search of work, taking jobs from the wealthy elite as a matter of both survival and business.

Gil doesn’t reveal too much more about Project Haven’s narrative beyond this, but given its dire setting, it’s probably not all sunshine and rainbows. However, he does share that the game’s dialogue and messaging are meant to be relatable and resonant for the player. Sure, there’s certain to be no shortage of visceral violence, but it’s not all about busting heads either. This is a character-driven adventure set in a living world that’s meant to make an impression beyond its bleak aesthetic and tight combat. 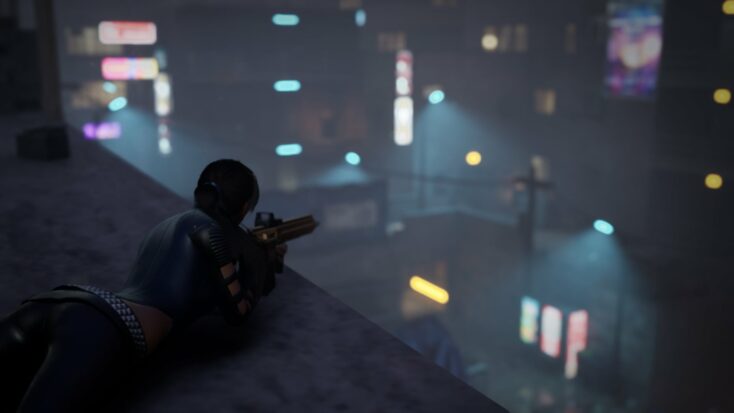 “Project Haven’s campaign story is completely driven by the game’s city inhabitants,” Gil says. “By focusing on their stories, we are inviting the player to really understand what the world of Haven is all about. We worked very hard to make sure the messages behind the plot are something relatable to players and hopefully something they will enjoy and remember.”

Considering this story will span more than 45 missions, there should be plenty for players to immerse themselves in as they conduct business as the Steel Dragons. In order to tighten and refine the construction of each mission, Code Three Fifty One brought on level designer Jason Woronicz in late 2020. Not an easy task, but with earlier credits working on titles like Contagion VR: Outbreak, The Division, Far Cry and Rainbow Six: Patriots, Woronicz brings a strong pedigree to the team.

The industry has taken notice of what Code Three Fifty One has put together so far. As an Epic MegaGrants recipient, Project Haven has not only been recognized for its potential, but actively supported by “the world’s most popular gaming company.” According to Gil, “The monetary value is always welcome of course, but for us it was more about knowing a big company like Epic believes in the potential of the game.”

It also won a pair of best game awards at the WN Unreal Dev Contest, a competition for European developers put together by WN Conference with support from Unreal Engine and Reboot Develop. Considering the contest attracted more than 500 entrants, these are hard-earned accolades. Yet Code Three Fifty One isn’t taking all the credit for their success entirely on their own. According to Gil, community support has been integral to their success, with player feedback directly impacting the game’s feature development. 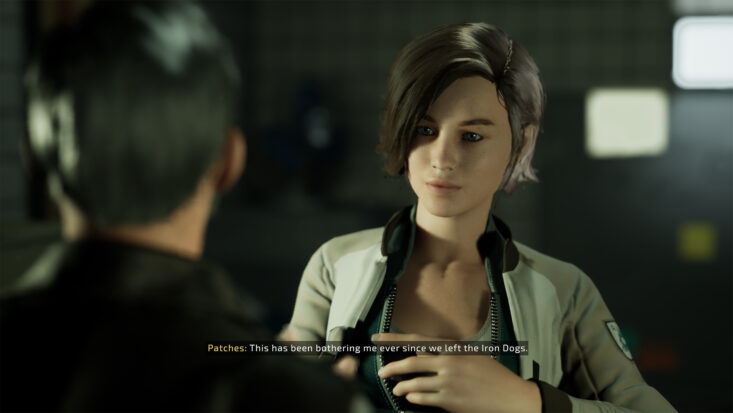 “Player feedback has been invaluable in refining the game as a whole, particularly in the UI and character movement. In a game with so much control over your character we’ve actually had requests to streamline certain movement operations to require less labor from the player. One feature we added as a result of those requests was the side-step while aiming, allowing the player to slightly move to the sides directly instead of having to go back and forth between top down and aim views.”

Ultimately, Project Haven is a passion project, one that is being created for others who share in Code Three Fifty One’s vision for a tactical squad-based RPG renaissance, and that audience has been crucial for ensuring the final product meets expectations for what players would want in 2022. With a release window set for later this year, they won’t have to wait much longer before they can team up with their friends to explore Haven City and see if the final product lives up to its expectations.

For their own part, Code Three Fifty One’s goal is the same now as it was when Gil and Dimas first decided to make a game of their own, which is to make the game they want to play while bringing new-school flair to old-school design.

“We’re making Project Haven since we felt modern games in the genre lacked some of what made the classics so special for us,” Gil says. “We hope players will also enjoy going a bit back to the roots of the tactical games.”