Let me be absolutely clear on this upfront: I have never read a Green Lantern comic. I have never read a comic featuring a Green Lantern character. The closest experience I have to anything Green Lantern is watching maybe a handful of episodes of the early 2000s Justice League animated TV series. In general, I avoid reading superhero comics. I’m not a fan of reading single issue stuff and I’m really not a fan of the sprawling, interconnected series Marvel and DC are constantly spinning out.

So why am I writing about Far Sector? Because it’s written by N.K. Jemisin.

N.K. Jemisin, in case you haven’t heard, is kind of a big deal. Best known for her Broken Earth trilogy, which won the Hugo award for best novel three years in a row, she is a powerful, extraordinary author by any standard. I’ve read many of her novels and when I heard she was writing comics for the first time, I was intrigued. When I heard she was writing a Green Lantern comic, I was confused and then even more intrigued. 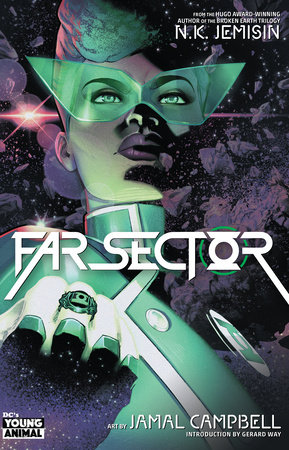 See, to me, a person who has next to no knowledge of Green Lanterns, they just seem like intergalactic super cops. A quick google search confirms this working understanding, as the Green Lantern Corps are literally summarized as an “intergalactic law enforcement organization.” This piques my curiosity because N.K. Jemisin constantly writes about power, subjugation and systems of oppression, with many novel plotlines centered on tearing down these very structures. So how would she handle writing a comic where the main character is an intergalactic supercop?

Really dang well, that’s how. At this point, I shouldn’t even be surprised.

In Far Sector, writer N.K. Jemisin and artist Jamal Campbell create an absolutely stunning work of science fiction. A murder mystery at its core, Far Sector interrogates the idea of a peaceful society while delivering on action, intrigue, style and heart.

Our Green Lantern is rookie Sojourner “Jo” Mullein, sent to the edge of the universe to investigate a murder in the City Enduring, a metropolis that has not had a violent crime in over 500 years. We quickly learn that the City Enduring has a turbulent past, namely that the three main races living there nearly wiped each other out in an interplanetary war for dominance. Ostensibly, the only thing that prevented total annihilation was the Emotion Exploit, a bio-tech that prevents a person from experiencing their full range of emotion. Administered to everyone in the star system, the three races have lived in harmony, until the aforementioned murder. Jo is tasked less with catching the culprit and more with understanding why, in a peaceful metropolis, someone was murdered in the first place. 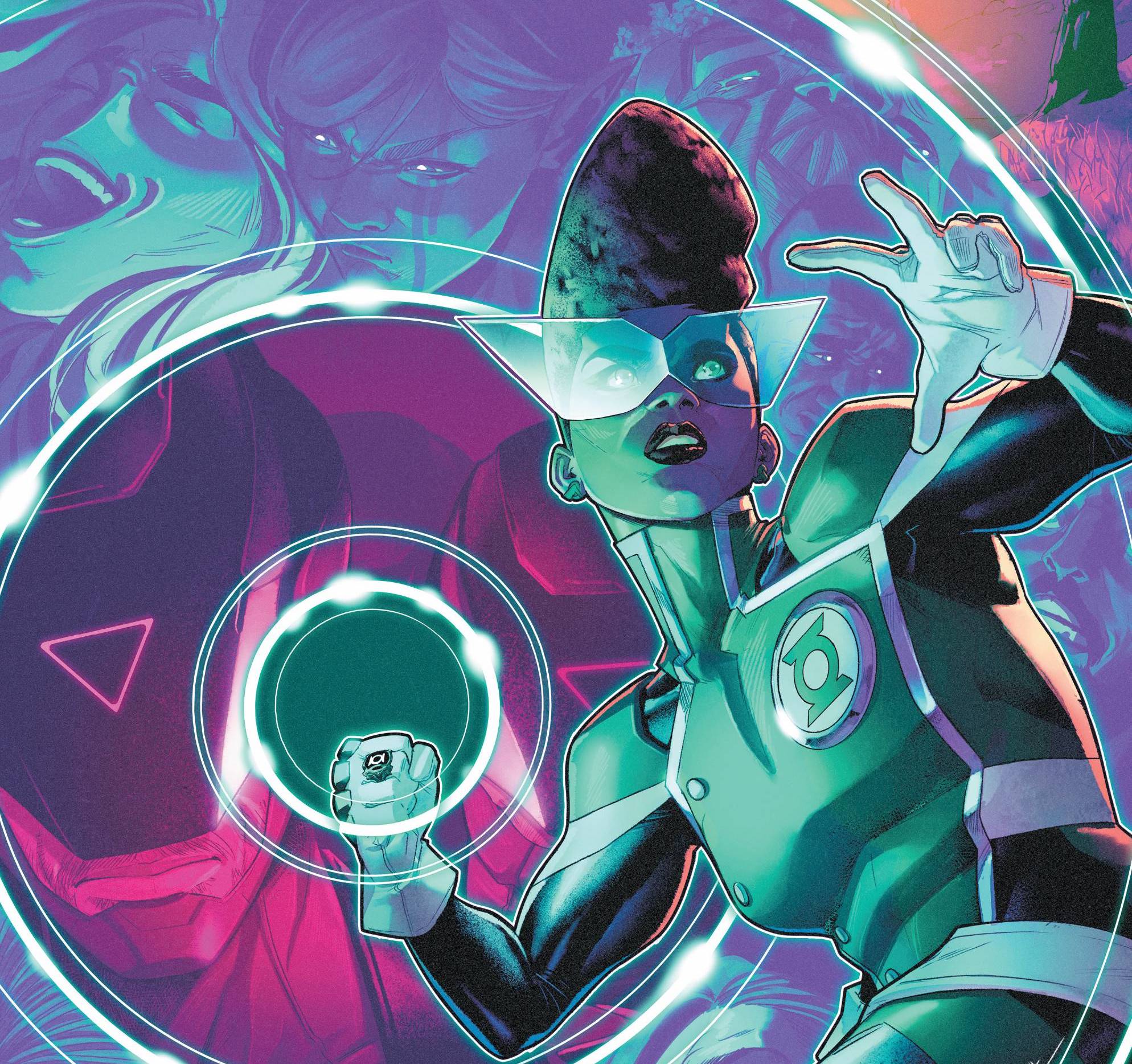 As you may have already guessed by now, a look behind the curtain reveals that things in the City Enduring aren’t what they seem. Jemisin masterfully explores the idea of a peaceful utopia and what it might really look like for a society with a violent past to achieve such a status quo. The main thrust of the book is Green Lantern Jo, a total fish out of water, exploring, understanding and interrogating the very peace that the City Enduring has built and maintained. As the murder and subsequent fallout threaten to unravel the societal structures in place, it’s up to Jo to push the investigation, and the City Enduring, forward.

The story is riveting, but paired with the incredible art of Jamal Campbell, Far Sector shines on every page. Campbell delivers on some incredible character designs, especially across the three distinct races of the City Enduring. With a vivid, neon-touched color palette that infuses a noir flair that never overpowers the characters, Far Sector looks and feels more sci-fi than most sci-fi books I’ve read. Campbell’s detailed character designs, expressions and color choices, combined with some frankly stunning splash pages, made Far Sector a book I took off the shelf dozens of times.