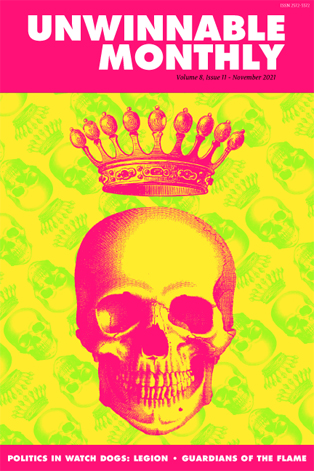 It’s hard not to think of that fact constantly whenever I load up a Metroid game. Her armor, fueled by abilities learned and gathered from the Chozo who raised her. Armor which you’re constantly modifying, tinkering with, trading out and trading up. Her visor, which functions as a proxy for her face more often than not, a symbol which is so deeply connected to her identity that it also serves as the model for her spaceship, which, for all the player is aware of, may as well be her home. All of it – her iconography, her weapons, her very way of life – worn as a second skin.

I can only imagine the burden is immense.

The visibility and centrality of that burden might be why it’s so disorienting, for Samus and the player, when Metroid begins changing Samus’s body. It begins with a parasite, and a mission gone wrong, in Metroid Fusion. The X parasite attacks Samus, nearly killing her, and she’s saved by an experimental surgery that infuses her body with Metroid DNA. Most of her suit is surgically removed, but not all. Everyone identifies with their body, in one way or another. It’s a part of who we are. But for Samus, her body is her central locus of meaning, the way both in which the world interprets her and in which she, so far as we can tell, interprets herself. And it’s now, forever, changed, inextricably connected to her the threat she made her name by wiping out.

When Samus emerges for her next mission, she looks . . . different. Her suit is sleeker, more organic, infused with blues and yellows. Even when she gains the obligatory upgrades and modifications, her appearance is not quite what it was. This continues in Metroid Dread, where her suit is a blend of the old and the new, woven steel fibers and red shoulder pauldrons with contrasts of that parasite-blue. This is a turning point for Samus Aran, a hinge on which her story turns: the bounty hunter always defined by her shape no longer has full control of it. She is not, entirely, herself.

The tenor of the games changes to reflect this uncertainty. Both Fusion and Dread are haunted by stalker enemies – an X parasite that takes Samus’s old form in Fusion and a small army of nearly unkillable robot hunters in Dread. This new Samus is lonelier, and less safe, than ever. The confidence of a legendary bounty hunter, that sense of security, is gone. What’s left is oppression. What’s left is fear. What’s left is identity crisis, down to the bones. Exhaustion and trepidation intertwine. Samus has been at this for so long. She’s seen everything. But can she even do this anymore? Is she even that person anymore? 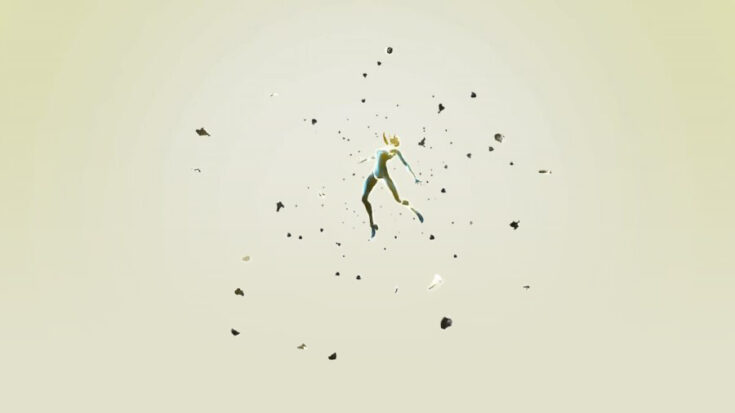 Peace isn’t in her nature. As the hero of a serialized game series, neither is finality. She will be this hunter, fighting, struggling, only half herself, forever. Which might be why I find it so striking whenever Samus dies.

Since Super Metroid, Samus’s death – the Game Over screen – has followed a stable pattern across the 2D games. She dies, then the screen goes black, with Samus in the center. She recoils, and her armor breaks and fades away, revealing the woman underneath in her final moments.

In Fusion and in Metroid Dread, this goes unchanged, revealing Samus as herself, in her pristine undersuit. Familiar. This is the woman, the hero, we know. In Dread, the moment is luminous – bright light engulfs Samus in her last moments. It’s almost . . . beatific. This is strengthened by the fact that here, finally, finally, is Samus unfettered, uncovered, free of corruption, free of identity crisis, free of the armor and the weight and the responsibility of being who and what she has become.

In her last moments – as non-canonical as they are, fueled by player mistake instead of narrative necessity – Samus becomes her old self again. The conflict between the different parts of her is resolved, and she is made whole.

I’m not saying I envy that. But, in these pages that Unwinnable has been generous enough to give me, I’m going to be dwelling on the spaces, moments and characters in games (and maybe other media, too!) that stick with me. And lately, I think of Samus’s death – and the accidental transcendance therein – a lot. So, I thought I’d share.

Julie Muncy is a writer and poet living in Austin, Texas, with her wife and cat. She plays way too much Destiny 2.

Rethinking the Post-Apocalypse in Eastward