It’s March 2021, and that means I’ve been writing this column every month for two years. This blows my mind in more than a few ways, but it also has me reflecting on the last couple years of hip hop I’ve been listening to, and the music I’ve been missing. I think one stumbling block I’ve run into is my reliance on Spotify. I remember back in the late ‘00s and early ‘10s where we were starting to catch the vibe that nearly everything would be streaming soon, but we were still downloading albums (and in some cases, buying *gasp* CDs). This was the peak of the blog era and mixtapes and I’ve recently been craving some of those vibes that you just can’t find in the instant streaming era. I mean, you really can, but the albums I’m about to talk about still aren’t available through the mainstream platforms like Spotify, Apple and Amazon. So, let’s pull up our time machine and drop back a decade or two and spin some rare vibes. 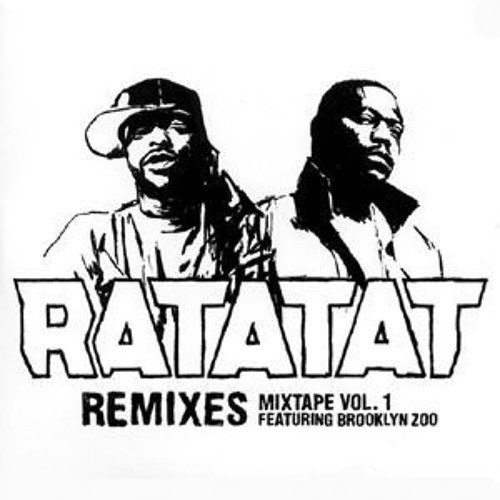 Of all the albums I’m discussing this month, these two have the most obvious reason for not being on Spotify. If Ratatat got the rights to all of the verses they flipped on these two remix albums, they would have been bankrupt before the album dropped. But, through the magic of 21st-century production values and a little piracy, they were able to drop some of the best bangers of the ‘00s. Ratatat’s trademark psychedelic synth production, sliding guitars and crisp drums are pitch perfect for rapping, and when they slide them under classic verses from ‘90s hip hop royalty, including Missy Elliot, Jay-Z, 50 Cent, and Dirt McGirt himself.

Looking at early reviews of the Ratatat albums was a funny little experiment, but I also found this gem from Pitchfork: “fans of Ratatat’s original material will naturally flock, but only a handful of Wu acolytes and radio-rap lemmings will catch whiff of the project, and of those that do, even fewer will find their way past the lack of trunk-bumping bombast to pick up the subtle gravity of Ratatat’s inspired revisions.” Now, with 15 years of hindsight, we can see that Ratatat’s subtle gravity not only expanded beyond a few Wu acolytes. In fact, I think you can argue that they have fundamentally influenced the current production landscape through their work with Kid Cudi.

Ratatat supplied the backing beats for two of Cudi’s earliest hits: “Heaven at Night” and “Pursuit of Happiness” (these also later appeared on his official label debut). They even played with Cudi on Letterman in 2009. Anybody following the contemporary hip hop scene knows that although Cudi’s newer work can be hit-or-miss, his early production styles and work with Kanye West influence the shift to auto-tune right around this era too, and I think it’s not hard to argue that Ratatat is ingrained in this transition. 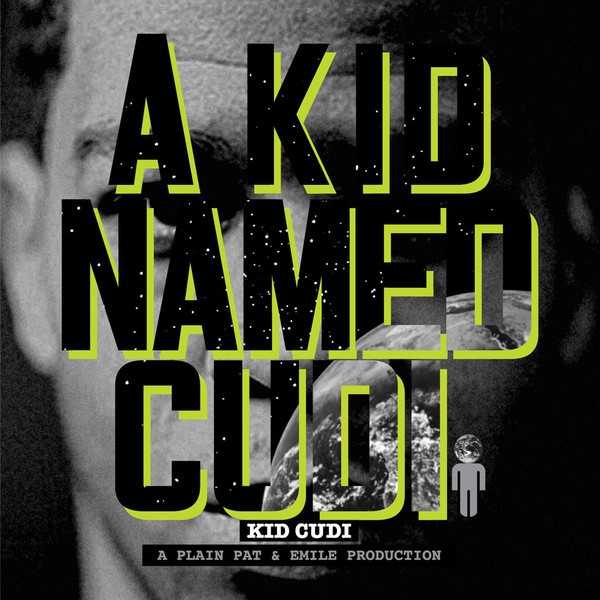 Speaking of Kid Cudi and Ratatat, it’s a shame that his debut mixtape A Kid Named Cudi has never made it to the biggest music platforms in the world. Front-to-back, this is one of my favorite albums of all time and still grips me in a way few other albums have, or probably will. Like the Ratatat albums, it’s clear why this isn’t available commercially: Cudi copped all of Outkast’s production for “Chonkyfire” and the whole melody of Paul Simon’s “50 Ways to Leave Your Lover” without license. But to be fair to both of these artists, I tend to think Cudi’s versions hold their own next to the classics. Cudi also drops one of my favorite runs off of any album on the back end of the tape, dropping five amazing tracks in a row to finish up. I could almost say the last eight tracks are seamless, but “Pillow Talk” unfortunately breaks the flow up a little bit. Regardless, if I could only listen to one stretch of five tracks for the rest of my life, this would probably be on the top of my list.

Despite my love of A Kid Named Cudi (and his first two albums), Kid Cudi’s career in the latter half of the 2010s will forever be a bit of a disappointment for me. In his recent music, he’s really dropped his staccato rapping style that dominated much of his early music in favor of a more melodic moan. To be fair, he can do whatever he wants, and I still respect that he’s out there doing his own thing, and I’ll always have this mixtape – just not on Spotify. 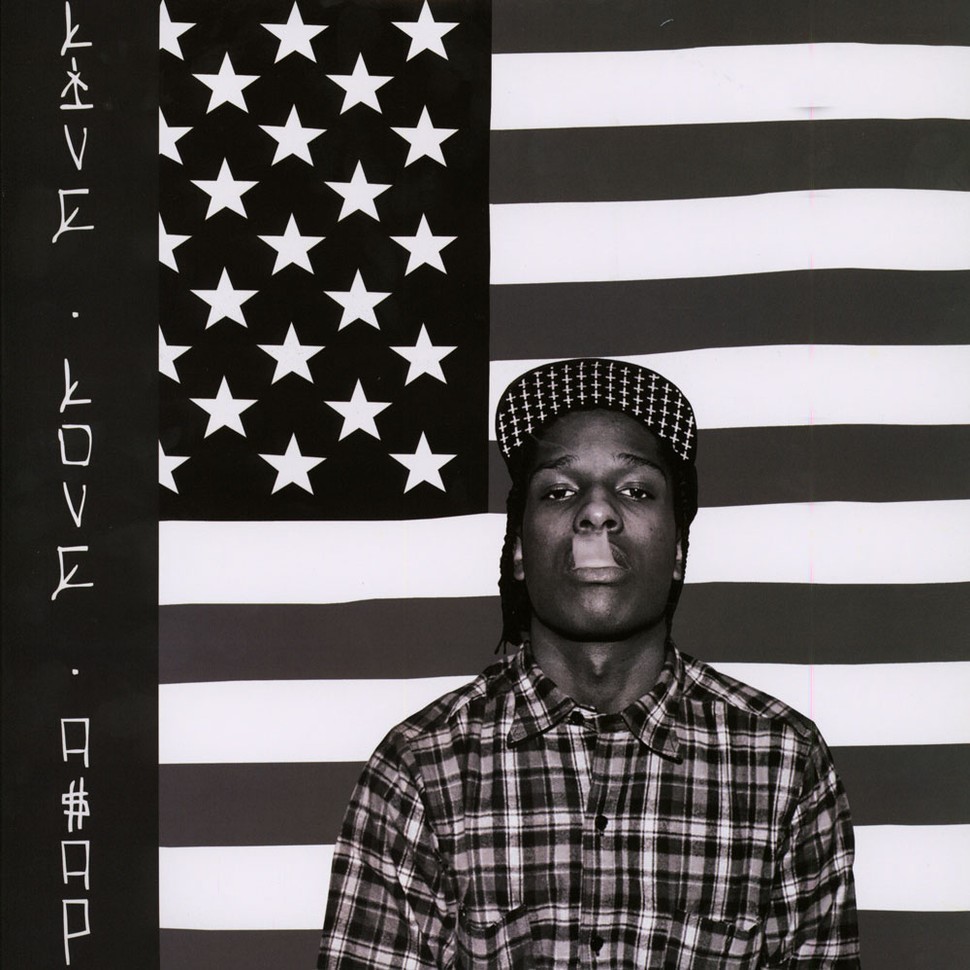 I physically remember the chills that ran down my spine when the bass dropped at the opening to “Palace” on Live.Love.A$AP. My cousin recommended I check this up-and-coming NYC rapper out and, from the first beat to the last bar, I was hooked. Rocky’s debut is peak cloud rap, but he does it all with a swagger matched by few to none. This album also represented a point in hip hop where barriers between geographic genres started to fade, and Rocky, a Harlemite to the core, was able to pick up sounds out of Houston and blend it into his own cultural stew. The results are so spectacular that I’m not really sure what the highlight of the album is: is it Rocky’s consistently flawless flow, Clams Casino’s heady smoked out beats, the ScHoolboy Q feature, that Wire sample, that “Out of This World” verse?

While some of the classics of the blog-era are now available through the mainstream platforms, it’s a shame that it’s not in wider circulation at this point. I would love to see a 10th anniversary edition of this with a wide release and all samples cleared, but with Rocky’s continuing success, I’m not sure he’s interested in a re-release. Fortunately, I still know where to find it. 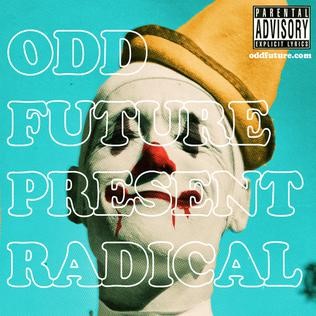 Speaking of things that would be interesting to see re-released, I would love to see Tyler the Creator’s current fans respond to a re-release of Radical. I’m really unclear to what extent people who found Tyler through his recent, Grammy-Award-Winning music, are aware of his legacy with Odd Future (OF). His music has changed so much in the past decade, I would be very interested to see if contemporary fans would like the early, aggressive, antagonistic Tyler of the late ‘00s and early ‘10s.

I’ll come clean and say that I’ve really liked OF’s stuff since I first heard it. I even got to see them live a couple times. But at the same time, this is not music for everyone. Tyler, Earl Sweatshirt and the rest of the young crew made music that was purposefully offensive, full of rape jokes, homophobic slurs and casual references to pedophilia and murder. In some ways, this was a clear extension of horrorcore, even though the group denied the label. But I think their early work was more evidence of a bunch of experimental kids, trying to figure out their place in the world and in the music scene. Odd Future feels like a time-bound experiment, and I think Tyler’s recent mainstream success with a completely different aesthetic backs this idea up. But I would still be interested to see a newer fan of Tyler stumble across “Splatter” on Spotify radio. 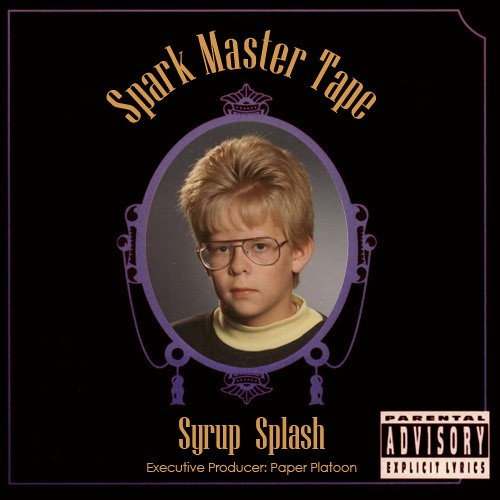 I stumbled across The Syrup Splash Mixtape back when I was a frequent participant in the HipHopHeads subreddit after one of the mods kept spamming it across the board. I didn’t pick it up the first or second time I saw the strange cover art in my threads, but by the fourth or fifth time, I started to get interested. Then, when I plugged it in, I was immediately hooked. Masked and anonymous, Spark Master Tape and his production team, Paper Platoon, dropped two mixtapes in a row that still demand my attention when I put them on. Spark’s pitched down vocals, the Platoon’s heavy bass and synths and DJ Charlie’s drops make the sonic aesthetic of Spark projects unique, but his verbal dexterity and impeccable flow keep these albums in my top tier. I’ll save some space at the end of my column this month and just direct you to my blog where I wrote more extensively about Spark, but I do wish these tapes were on Spotify so I could drop them into my playlists full of my favorite “legal” music.

Despite all my complaining that these albums aren’t available on mainstream streaming platforms, we all know that everything on the internet is forever and none of these are particularly hard to find – and that’s not even taking straight piracy into account. As it has been for the last decade, SoundCloud continues to itself to be a refuge to these albums and an inspiration for a new generation of rappers. And with Spotify’s notably sparse payment policies, SoundCloud is probably just as profitable a space for up-and-coming rappers as the major platforms, and it appears more influential. Nobody’s talking about Spotify rappers or Amazon Music rappers. It’s always “SoundCloud rappers are running the genre” this, or “SoundCloud rappers have no idea what the genre should actually be” that. But, when amazing albums like these are only available on SoundCloud, maybe that negative connotation feels a bit outdated.