A long time ago in the mists of geek time, when Magic cards still had their original frames and Dungeons & Dragons still used THAC0 – a time known as 1997 – Games Workshop released a tabletop wargame called GorkaMorka. Written by Andy Chambers, Gav Thorpe and Rick Priestley, the game revolved around gangs of orks (“orks”) who fought each other for scrap metal and technology over a desert landscape. It was “Mad Max meets 40k” two decades before Mad Max would become a relevant pop-culture reference again (the 90s were weird, is what I’m saying). The model count was low, and therefore cheap. Games were fast and manic. Battles were more about random mayhem than careful tactics.

Needless to say, I loved GorkaMorka.

The plot involved the orks collecting scrap they find to build a massive spaceship, upon which they could all leave the planet. The spaceship was fashioned to look like Gork (god of cunning brutality) or Mork (god of brutal cunning) depending on which faction of orks you asked. Despite their two gods being fundamentally the same, and their belief systems therefore pretty indistinguishable, the Gorkers and Morkers hated each other with a violent intolerance that led to constant warfare (if you think this metaphor for religious intolerance is a little on the nose, I’d remind you that 40k has a character who rides a wolf called Canis Wolfborn). The orks had already destroyed the first version of the ship in their squabbles and had to start a new one with a hybridized name – GorkaMorka. 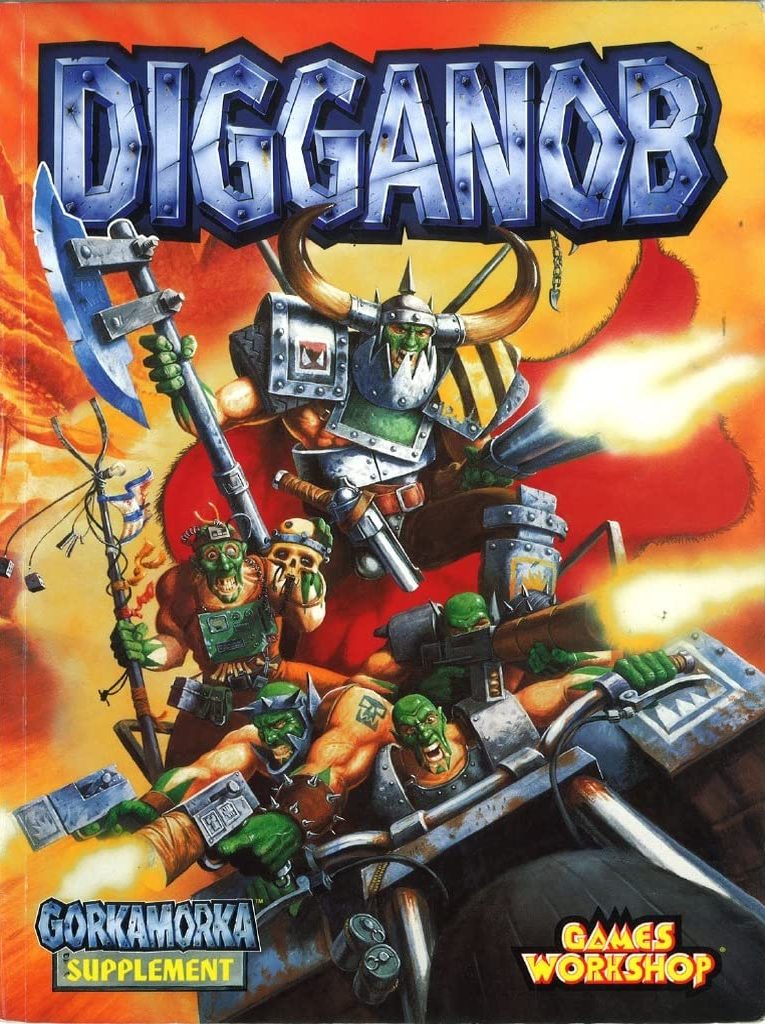 Despite the project being centuries old, part of the joke was that GorkaMorka would never actually be finished. In a (possibly accidental) parallel with capitalism, the only purpose of the ship-building project was to collect and consume, with there being no real attainable end goal. orks would fight each other for scrap, even though they were ostensibly trying to work towards the same collective Utopian outcome. An ork that collected enough scrap would be allowed to retire and be given a “tag” (ticket), but because orks only lived to about 30, no ork ever lived long enough to actually enjoy extended retirement, let alone ride on the never-completed spaceship.

Snarky parallels with capitalism aside, the game ended up creating a much more interesting political metaphor. In 1998, the writers released a supplement to the game which introduced new factions. One of these factions was a group of goblin Revolutionaries – goblins were the downtrodden slave caste of ork society and they possessed few rights in the setting (the orks considered them “ungrateful” to boot). They were brutalized and abused, and no matter how hard they worked, they weren’t allowed to get a tag. The goblin faction was clearly communist inspired – they waved red star banners, were ruled by a “Revolutionary Committee” and even had a mythical “Red Gobbo” hero (whose stats would change between games to represent his replacement via frequent coups). As befitting the plot, the Rebel goblin faction wasn’t very well equipped – they had no access to the best weapons, skills, medics or special characters. Their vehicles were also ramshackle, they had limited access to mechanics and they had little ammunition or money. The goblins were also smaller and scrawnier than the orks. On the flip side, this meant that you could have more than twice as many goblins as you could have orks in a gang. And this is where things got interesting. 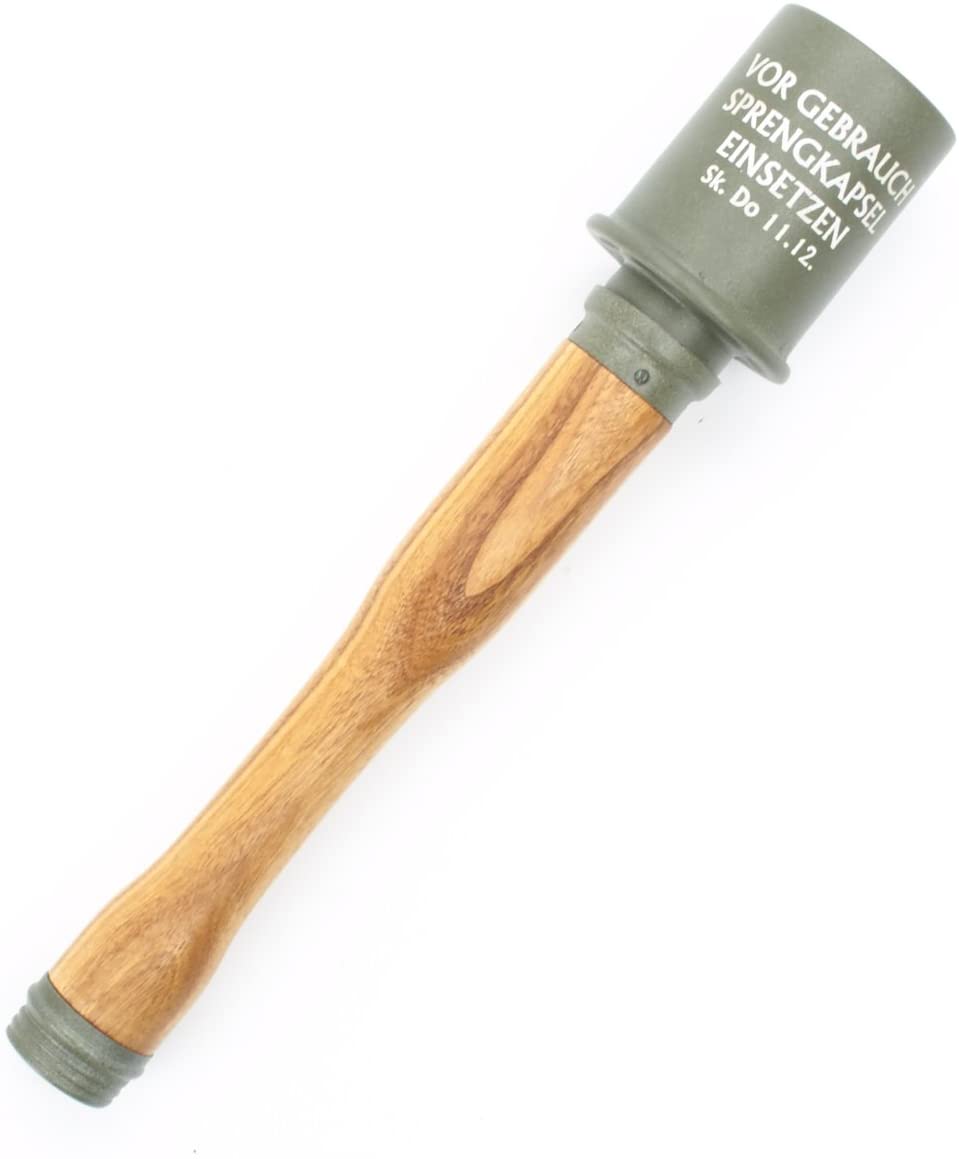 One of the weapons that all the Greenskin factions had access to were stick grenades. As part of the game’s chaotic and unpredictable style, the writers included rules for using stick grenades as clubs in melees, but doing so meant that there was a chance that the grenade would explode and kill all the fighters involved. While this was in keeping with the game’s style, the indiscriminately destructive nature of the feature made it a real risk for most gangs.

And that’s when all the goblin players (me included) realized something. Because the odds of a stick-grenade harming all combatants were about equal (and because there were usually more goblins than orks) it was actually in the goblin player’s interest to have grenades explode in melees. The goblin would probably be killed, but the opponent would lose a far more valuable ork. goblin players started giving their goblins grenades and charging them in, hoping for an explosion.

Due to the lack of viable weapons and tactics for the goblins, suicide bombing became a rational (and effective) choice.

What was particularly interesting about this tactical phenomenon is that the game designers did not appear to have expected it – it developed on its own. The goblin faction – left with no political or military alternatives – turned to suicide bombing as one of the few ways that they could effectively hurt their opponents. When the goblin options were “lose everything or use a goblin-Grenade-Bomb,” the choice became obvious, as it presented a chance to win, however desperate or wasteful the tactic might appear to the other side. There was also very little that ork players could do to discourage this tactic. One of the few safeguards was to avoid putting several valuable orks on a single vehicle, lessening the potential impact of a single bomb (similar to military regulations about officers traveling together), but that was about it. Already in a position of violent advantage, there was nothing that the (often horrified) ork players could threaten me with and no goblinoid-advantage that they could take away as punishment. 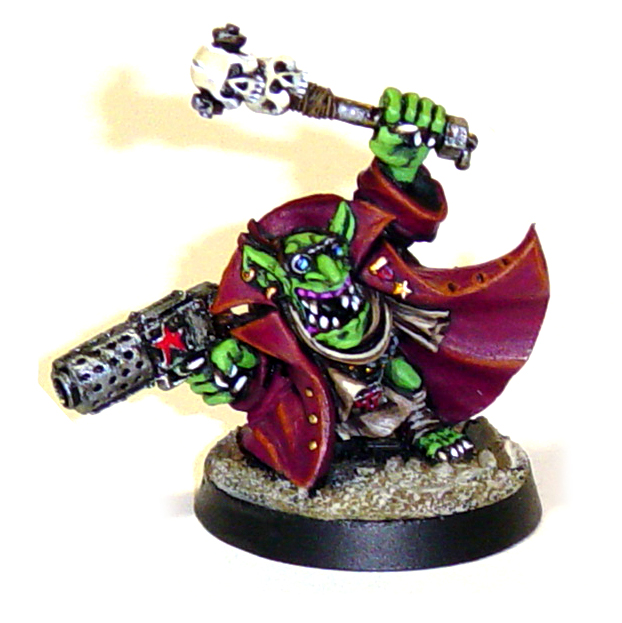 This sort of phenomenon is what game designers call “emergent play,” and they get really excited about it. Whenever behavior emerges on its own as a result of circumstances, it tells us something about structures and how people interact with them. It would be excessive to suggest that “circumstance + objective = a given behavior,” but the idea that structural circumstances are the true drivers of choice is often posited in the social sciences. This stands in stark contrast to the other options – that the driving factor is the will and skill of the person in question.

One of the other features of the game was the use of themed skills relating to bravery and combat. This meant that the game’s characters seemed to develop personalities of their own – improbable dice rolls could turn a character into a war hero, lucky escapes could recast a simple goblin as a grizzled veteran (This personification of toy soldiers was noted by H. G. Wells when he basically invented wargaming with Jerome K. Jerome). The rules of the game also required you to name your characters (I named all of my goblins after political philosophers). Perhaps unsurprisingly, this meant that players were often sad when beloved characters, such as Hobbesgoblin, were killed after several memorable battles. And us goblin players felt bad too, but – and this is the point – it didn’t stop us engaging in destructive tactics. What else were the goblins to do?

Now, I’m also not suggesting that an anarchically comical wargame compares even remotely to the real world suffering of oppressed peoples trying to battle unfair authority, or to the fear and hurt that real suicide bombers cause to innocent civilians. But the game still did give me useful insights into power dynamics. The orks and goblins of GorkaMorka weren’t real and it was because of this fact that I could think about the phenomenon of suicide bombing without having to take sides in a political dispute. I gained a valuable political insight via my collection of model goblins. Occasionally someone with a Twitter account or access to a comment section will mouth off about what the value of strange fictional games are.

Of course, in all likelihood they aren’t actually open to being corrected, but that games and fiction can be a canvas for us to think about real political situations. And if you need reassurance of that, then track down GorkaMorka and a handful of goblins, and take the opportunity to tech those orks a lesson.

Green is Green. Tags for all.

No Prayer for the Dying, Side B