This excerpt is from a feature story in Unwinnable Monthly #124. If you like what you see, grab the magazine for less than ten dollars, or subscribe and get all future magazines for half price. 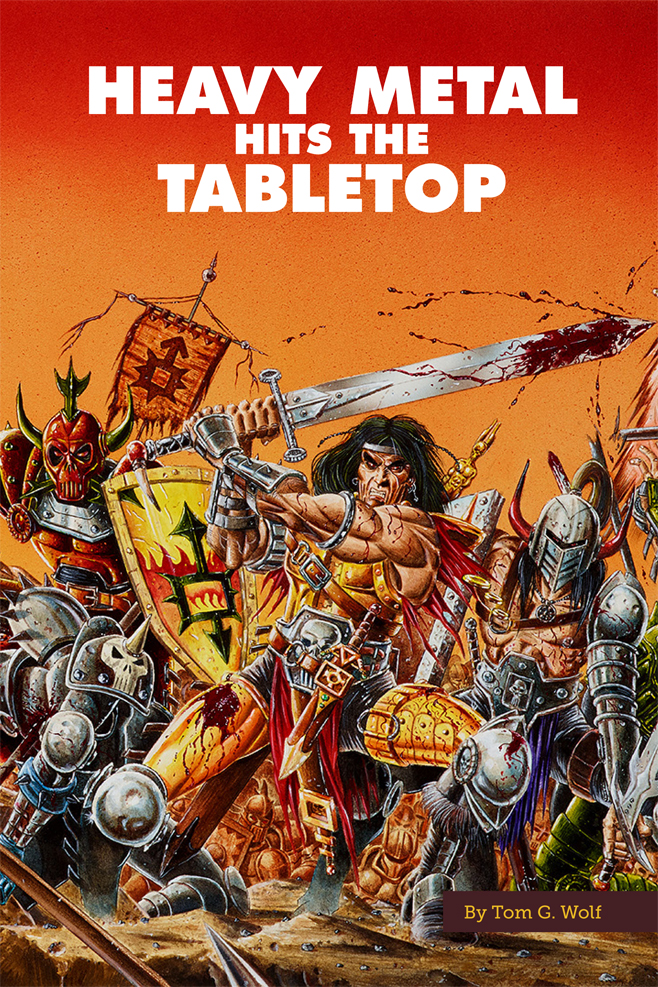 You gaze upon vivid illustrations of demons, heavily-tattooed and muscular barbarians, armor-clad warriors decorated with the corpses of the dead. All locked in battle, slaying their foes in violent frenzy. Pseudo-gothic architecture looms over the horizon, dwarfing the combatants under an array of obscure occult sigils.

A heavy metal album cover? No! It’s just an average issue of White Dwarf, Games Workshop’s monthly magazine-cum-new product catalogue. See all of the company’s new models in action, learn how to paint them and maybe get a lore dump in short story form while you gaze at some cool artwork. White Dwarf is far from the only to take such an approach; in previous decades you could have said much the same about any number of tabletop gaming publications, from Dragon to Warrior.

The overlap in subject matter is no coincidence – heavy metal and tabletop gaming have a long, intertwined history. Both heavy metal and tabletop gaming both represent welcoming beacons for people the world over. They offer companionship and community with the like-minded, and a sense of being involved with something larger than oneself – all while still providing outlets for solo enjoyment if so desired. Additionally, while both can be geared towards the consumptive, they also offer multiple opportunities to give back to the wider community. Painting tutorials, fanzines, blogging, forming your own band . . . these are all more tightly interconnected than many realize. 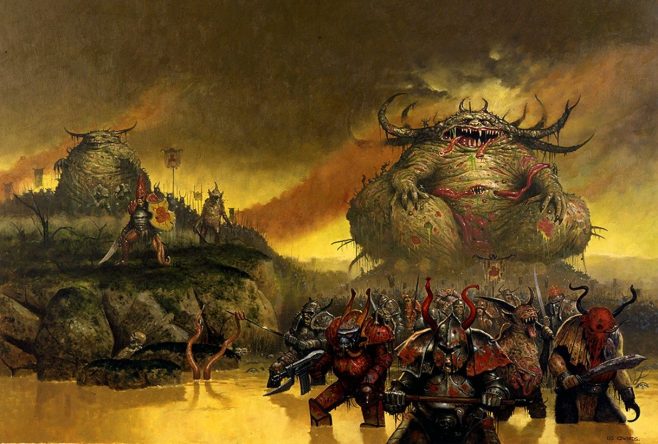 Bolt Thrower are arguably the most famous example of the meeting between the two; closely associated with Games Workshop in the 80s and 90s, the band drew on in-game lore and company artwork to create well-regarded and highly influential death metal. But a quick glance at Encyclopedia Metallum will reveal any number of bands who have very obviously whiled away hours at the gaming table, across any number of fantastic universes.

Not to suggest that metal and gaming are the only places where people can find these things, nor that they are the only drivers for participation. Not every metal fan is a tabletop gamer, and not every tabletop gamer is a metal fan, by any stretch. But it’s not a coincidence that we see such an overlap on the Venn diagram between the two; perhaps no two worlds straddle social awkwardness and compulsive collecting in quite the same way. Maybe comics? As a teenager who was awkward, uncomfortable with myself and far too physically uncoordinated to take up sports, games like Warhammer 40,000 and Vampire: The Masquerade helped me make friends and find a pathway into the wider world. A few years later, heavy metal would do much the same thing for me, arguably on an even larger scale.

Tom G. Wolf is a Sydney-based author who specialises in pulp-style horror and adventure fiction. By day he works as a journalist and copywriter. His work has appeared at We Are the Mutants, Astral Noize and Cinepunx. He lives in Sydney with his wife and cat. You can find him on Twitter @lupinebookclub, and his horror novella, Lost Tunnels, is available on Kindle.

You’ve been reading an excerpt from Unwinnable Monthly Issue 124.

I Believe that My Scoring Potential Has Been Maximized