A few times recently, I – in an overabundance of Panglossianism – wrote articles and blog posts referring to statements made by Wizards of the Coast, the current makers of Dungeons & Dragons, promising to make D&D “as welcoming and inclusive as possible” by doing things like walking back their depictions of “evil” races.

These fixes were intended to address a problem that is, perhaps, too baked into D&D – and, indeed, the tropes of high fantasy as diluted from Tolkien as a whole – to be dealt with casually. There are, after all, layers and layers of ingrained racism and colonialism to peel back, in everything from the depictions of groups like orcs and drow (specifically referenced by WotC in their statement) to the core idea of the dungeon delve, where (often European-inspired) invaders crash into subterranean ecosystems to murder and exploit them for profit.

None of this is news to anyone who has ever played a game of D&D and isn’t a gargantuan bigot. These are problems older than the game itself – problems that go back to Tolkien and beyond. Literally everyone I know who has ever played a roleplaying game has some sort of homebrew workaround that they’ve developed to help ameliorate some (though never all, because that is a tall order indeed) of these problems.

Meanwhile, other games have already beaten D&D to the punch, in various ways. Pathfinder, probably D&D’s biggest rival, has “rehabilitated” goblins into a main PC option and taken to using the word “ancestry” in place of “race,” a solution that, while not necessarily unproblematic, at least shows an effort in the right direction. Meanwhile, games like World of Warcraft and the Descent board game make orcs into regular player character races, albeit often with their own stereotypes and problems. 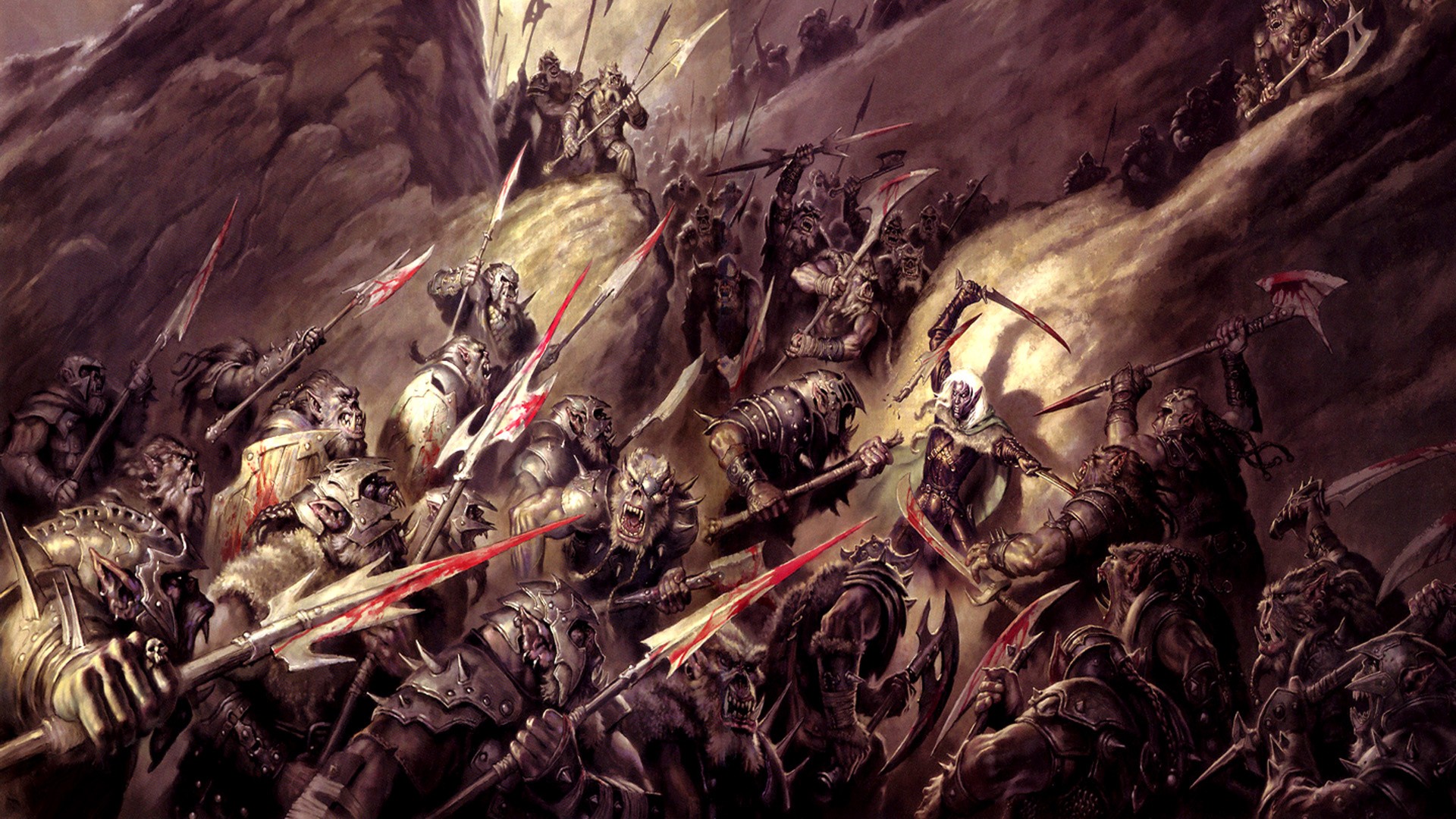 Nor is any one solution ever likely to address these concerns completely. They are, as I said, too baked into the entire apparatus for their removal to happen simply or in one fell swoop. What’s more, they are part of a larger apparatus – that of systemic racism itself – that is baked into, well, [gestures around at everything].

So to expect one roleplaying game – even one with the resources that D&D has at hand – to fix fantasy’s racism problem all on its own, well, that’s probably asking a lot. But they should try, and I, in my pollyannaish naivete, was happy to see them making attempts at doing so.

“Later this year,” that earlier statement promised, “we will release a product (not yet announced) that offers a way for a player to customize their character’s origin, including the option to change the ability score increases that come from being an elf, a dwarf, or one of D&D’s many other playable folk. This option emphasizes that each person in the game is an individual with capabilities all their own.”

That seemed so promising. An alternative to racial ability score modifiers! A paragraph that didn’t use the word “race”! 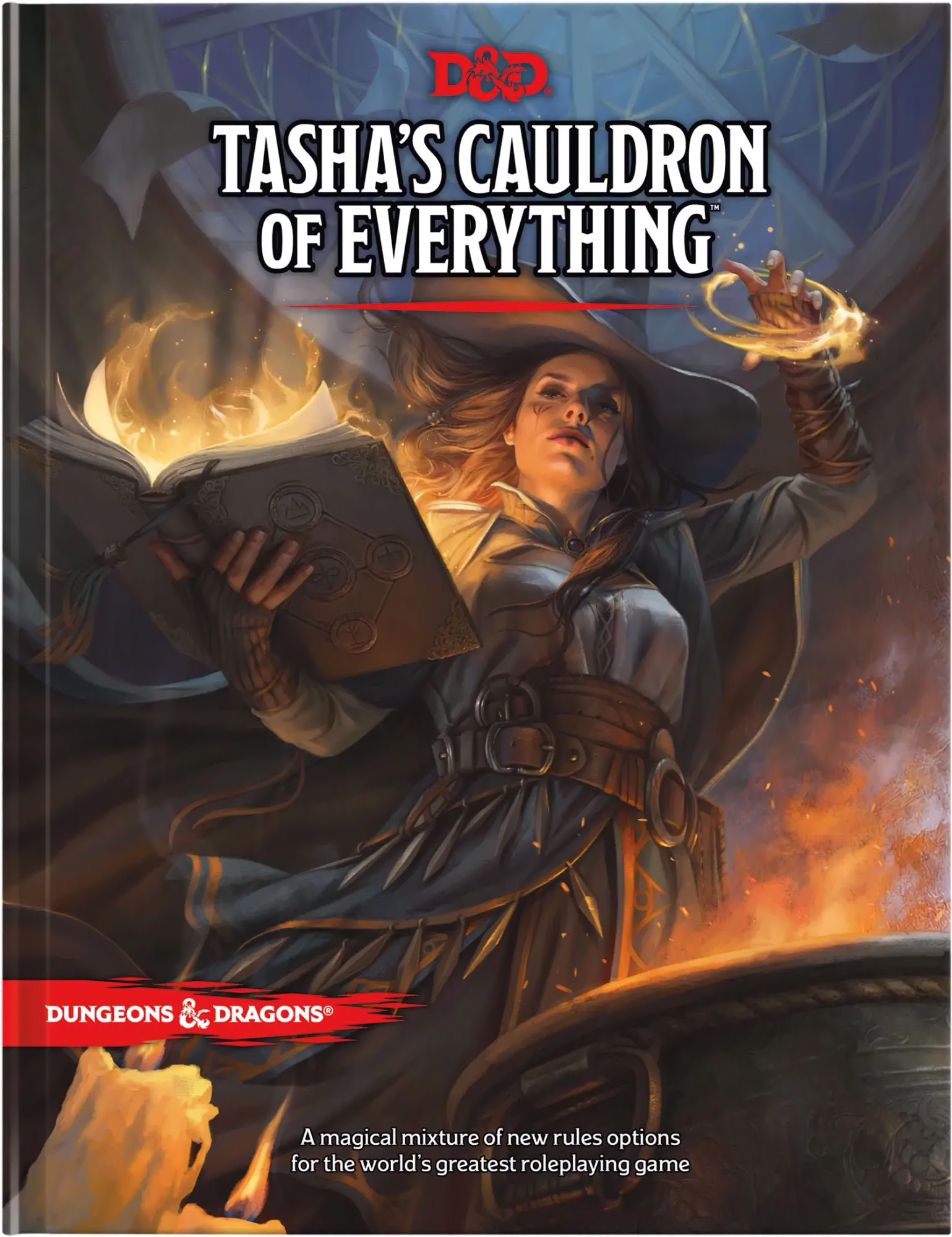 The product in question is now out on shelves. Tasha’s Cauldron of Everything, like the previous Xanathar’s Guide to Everything, is a far-reaching sourcebook that covers a variety of topics, from new class options to new spells to natural hazards and rules for creating sidekicks. Included in all that (much of which is, admittedly, pretty cool) is the promised section on “Customizing Your Origin.”

It is all of a page long.

Let me back that up, so we can emphasize it. In a book that is nearly two hundred pages, their gesture at undoing the systemic racism that is so inextricably bound up in the assumptions that D&D has been putting at the heart of their games for nearly half a century occupies only about a page. (Technically, it bridges two pages, but it doesn’t start quite at the top of the first, nor extend halfway through the second.)

By dint of comparison, the rules for including patrons for your adventuring party occupy a solid twenty pages of the book.

The solution they offer? A handwave-y freedom to pick your own ability score adjustments, languages, and proficiencies – essentially, the kind of thing that most decent dungeon masters have been letting their players do, when asked, for at least as long as I have been playing the game.

More insulting still is their attempt to address the equally large (if not larger) problem of “evil” races. In a brief paragraph entitled “Personality,” which I am reproducing here in its entirety, they offer the following:

“The description of a race might suggest various things about the behavior and personality of that people’s archetypal adventurers. You may ignore those suggestions, whether they’re about alignment, moods, interests, or any other personality trait. Your character’s personality and behavior are entirely yours to determine.”

In other words, “Our harmful racial stereotypes still stand, and we’re not going to bother attempting to correct them, but you’re allowed to be one of the ‘good ones.’” 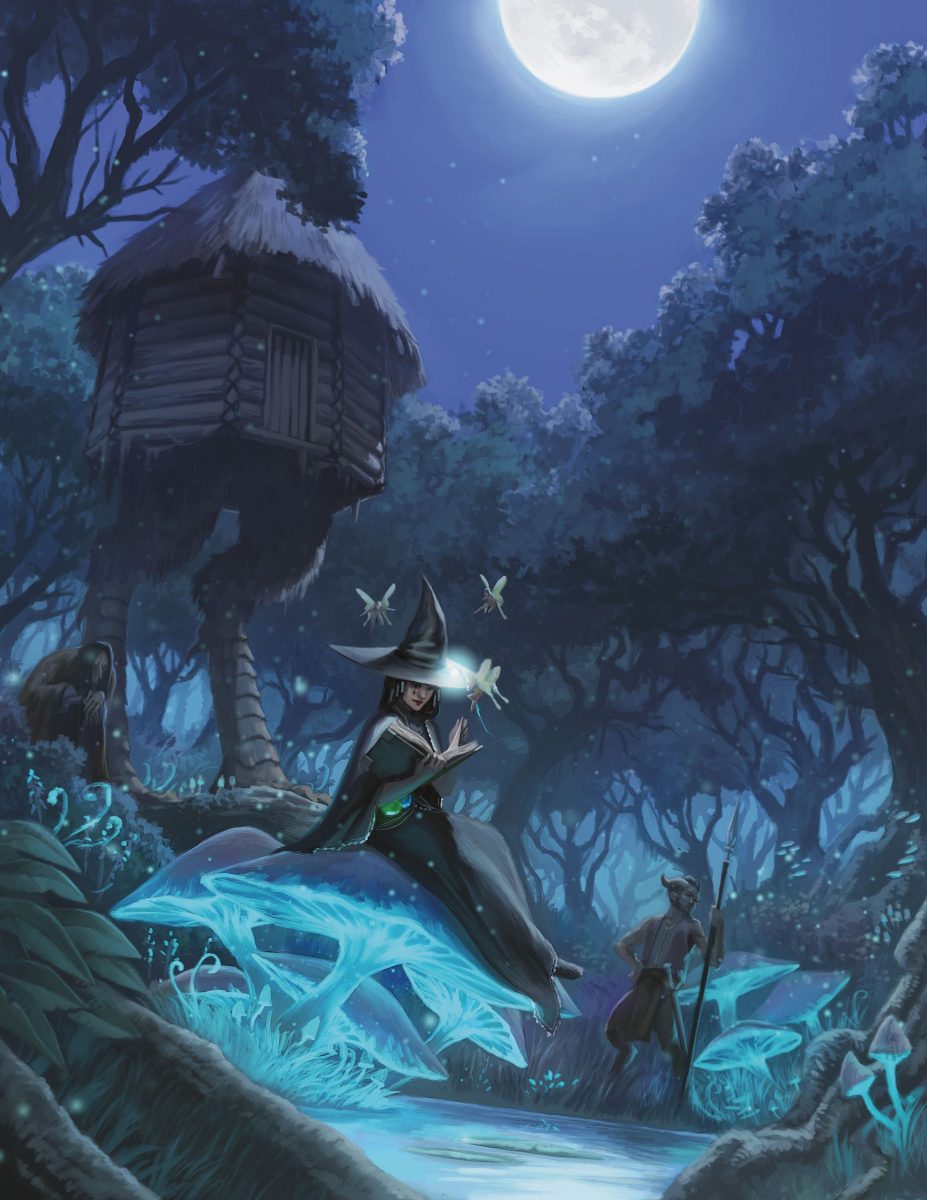 None of this is intended to shame anyone who enjoys D&D, of course. I play D&D and, as of 5e, I kind of love it. And I admit that there is certainly comfort and pleasure to be found in the familiarity of the elves, dwarves, orcs and so on of D&D’s boilerplate setting.

But we all have an obligation to enjoy our fantasy responsibly, and there are absolutely ways to do so without losing the things we love – unless the things you love are the racism, in which case you have bigger problems and also why are you reading Unwinnable?

More importantly, Dungeons & Dragons has the responsibility – and the resources – to combat the racism and colonialism that are baked into their settings in an aggressive and proactive way. This halfhearted fob toward something that every decent DM has been doing all along is, well, as the title of this essay implies, far too little, and far too late.

Gaming has come a long way in the years that I’ve been playing, but it still has a long way to go. And as I said before, no one game company, no one solution, is ever going to be the “fix” that the problem needs. But as the world’s oldest and most popular roleplaying game, Dungeons & Dragons should be leading the way instead of lagging behind, and while the “fixes” offered in Tasha’s Cauldron of Everything are better than nothing, we deserve something better than that.

Dungeons & Dragons, Tasha's Cauldron of Everything

When the Pros Take Over