Any videogame remake has the unwieldy task of being something that simultaneously appeals to new and old fans, packing in enough nostalgia bait to please the former with enough modern sensibilities to attract the latter. And in that case, based on several hours with the game’s demo, Tony Hawk’s Pro Skater 1 + 2 does just fine.

At the jump, this demo is bare bones in terms of content. There’s only one playable character, Tony Hawk, and only one level: The Warehouse, the first level from the original Tony Hawk’s Pro Skater. Each run lasts only two minutes, and with no objectives in the demo, you can only free skate around. While it’d be nice to have something more to do in the game, the limited demo, by necessity, highlights the feel of developer Vicarious Visions’ remake of the first two PlayStation 1 games — which is arguably the most important part of any Tony Hawk game.

And for the most part it feels good — if not always right. Anyone playing this game as a long-time Tony Hawk fan will instantly begin hitting combos; all the trick inputs are exactly where they should be on the controller. There was a slight novelty to loading up a brand new game and instantly having a mastery over the mechanics, busting down the level’s opening slope into a quick grind on the railing in the middle, manualing to the quarterpipe hugging the back wall, up onto its coping for a second grind, before acid dropping into the level’s halfpipe and hitting a 900 spin out of the jump. That all feels good enough.

What doesn’t feel as good is the speed Tony moves around the level. Tony’s stats are locked pretty low for the demo, and I couldn’t shake that I was just moving too slowly and that he was too heavy. While I’d love to feel the game move as quickly as later Tony Hawks’ — specifically Tony Hawk’s Underground, the single greatest game ever made, and that’s on God — adjusting to it didn’t take very long. The heaviness of Tony, though, is still something messing with my runs. I constantly found myself not reaching the height I wanted, much less expected for certain tricks. Even coming out of the halfpipe, which in an arcade game like a Tony Hawk should fling the player to impossible heights, I wouldn’t always reach the elevation I wanted, making some tricks like the triple kickflip or a quick two trick aerial combo impossible.

Inputs also seem somewhat inconsistent. At least a couple times a run, a trick I’m trying to do won’t register, causing Tony to either do a different trick, or worse yet, nothing at all. The most egregious example here is my constant issues with the game’s revert system. Since Tony Hawk’s Pro Skater 3, the revert mechanic has been a way for the player to continue their combo out of a pipe trick. More often than not, inputting a revert will reset my combo, causing me to lose the run I’m on. In a game built around combos, this is immensely frustrating.

So it’s a push and pull so far with Tony Hawk’s Pro Skater 1 + 2. When the game feels right, it feels right. And for the most part, that’s enough. I’ve only had the demo for two days now, and it’s instantly become my podcast game, an engaging enough gameplay experience that I have something to do, but not demanding enough that I need to give it all my brainpower. If you’re able to get your hands on the demo, available to the public through either pre-ordering the game or, unfortunately, buying a burrito from Chipotle, I assume you’ll find an equally good-enough experience. Especially with a podcast in the background to listen to. Besides, there’s only four songs in the demo, none of them all that great, so the repetition sets in very quickly*. 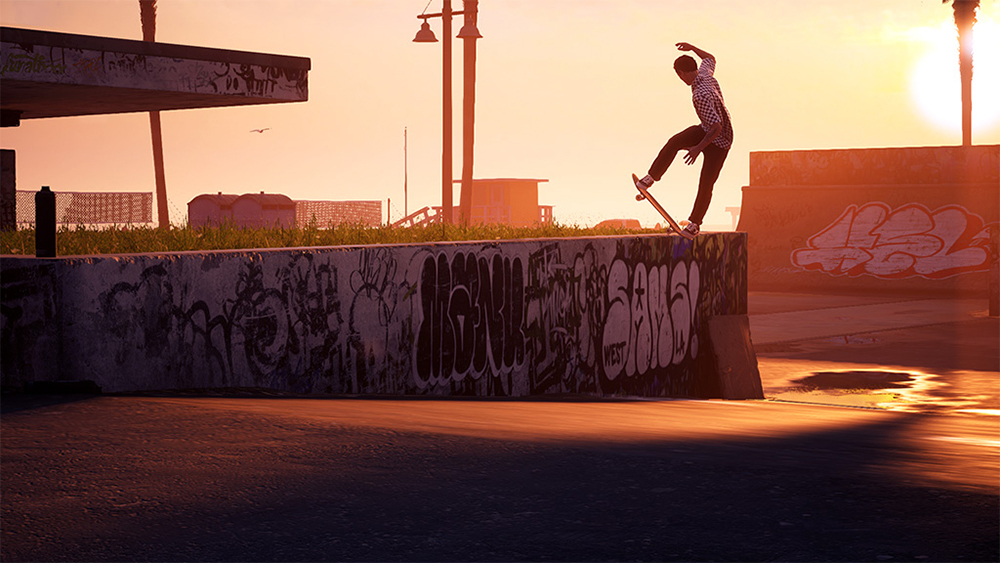 When the game doesn’t feel right, it’s upsetting. By Tony Hawk’s Underground, the feel of these games was perfected. Year over year, THUG is still one of my most-played games, and it’s remarkable how good it feels nearly two decades on. At its worst, Tony Hawk’s Pro Skater 1 + 2 feels like a regression in terms of gameplay and feel.

But at its best, it feels just good enough. If you don’t have a PlayStation 2 and your pining for a skateboarding game, then this demo should scratch the itch.

*Yes, before you ask, “Superman” by Goldfinger is in the demo. I turned it off immediately. That song still isn’t and never has been good. The three other songs, including “Guerilla Radio” by Rage Against the Machine, don’t do much for me either.

Hashihime of the Old Book Town