When this terrible year started, I thought of Stephen King’s The Stand and how maybe I should read that book again, instead of the random King tome I’d grabbed off the shelf and cracked open for the first time.

But now here we are. And in the world of the past few weeks, Under the Dome is proving to be a lot more relevant.

In Under the Dome, an almost-exclusively white town in Maine, Chester’s Mill, becomes trapped under an impenetrable force field. Its residents are divorced from the outside world, excepting a rare cell phone call and all the cable TV news coverage. There is an ostensibly benevolent President and government and military outside trying to help them escape, but otherwise, all they have is a power-hungry, drug-running, murderous elected official called Big Jim Rennie and a corrupt, vigilante police force, headed by Rennie’s imbecile puppet, Chief Randolph and featuring Big Rennie’s psycho-killer son, Junior, who enjoys cuddling up with the decaying corpses of his victims. 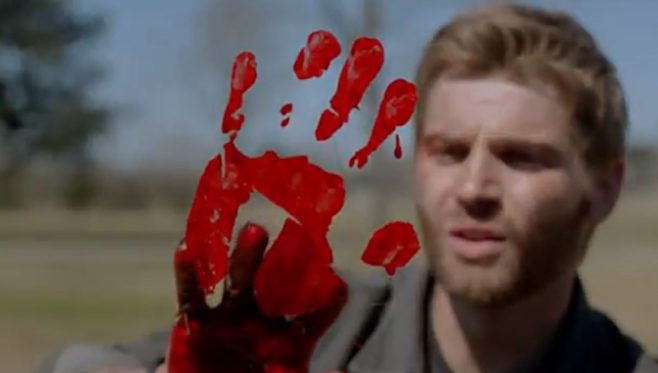 I’m well into it but far from finished. Rennie’s cops have burned down the local newspaper office and pinned that act, plus Junior’s crimes against nature, on one of the good guys, Dale Barbara, who the police plan to put in front of a firing squad ASAP – despite no medical examiner’s report or motive, despite his alibi, and despite evidence so obviously planted all the characters with integrity in the story know it’s phony.

Under the Dome is a work of fiction. I can read it and get lost, and then put it down, shut off my reading lamp and fall peacefully to sleep, a few hours after my children down the hallway have done the same.

I have never felt stuck in any kind of Dome and even though I see now the one all around us, I still don’t feel stuck in it. At least not yet. I still feel protected, safe, the power of my privilege. I’m also furious – and embarrassed – that my privilege exists at the peril of others.

But none of us – save for the Bunker King – is truly safe as long as so many of us aren’t. Watching the news and seeing new acts of police brutality every day, I feel the Dome closing in. For people of color in our country, it’s never been fiction, never been a thought experiment, never just a fun escape in the pages of a Stephen King novel or the TV show adaptation of it I just learned about two minutes ago.

I don’t know yet how they break the Dome in the book. For the purposes of this column, it doesn’t matter. Until we break the actual Dome, fixing our country and saving black lives, we all know what matters.

Stephen King, The Stand, Under the Dome

What Do We Owe a Viking?