This column is reprinted from Unwinnable Monthly #128. If you like what you see, grab the magazine for less than ten dollars, or subscribe and get all future magazines for half price.

What do we owe a Viking?

What do we owe any person who lived and died so long ago that they have become a myth? Recognition? Not to mess up their stories and lives too badly when we shape them into new forms? Statues and street names?

I’ve lived a small life. I come from a small corner of a small country, and I’ve been educated and worked in places that, if they weren’t the small corners of small countries, were the modestly sized bits in the middle. Nowhere I’ve ever called home could claim to be culturally, racially or spiritually diverse. I’m white. I’m a cis male. I’m straight. I don’t know much, and there are a lot of urgent and ongoing cultural conversations for which it makes more sense for me to amplify more knowledgeable voices than to add my own. But I do know Vikings, and I know that a lot of them were, by today’s standards, absolute cunts. 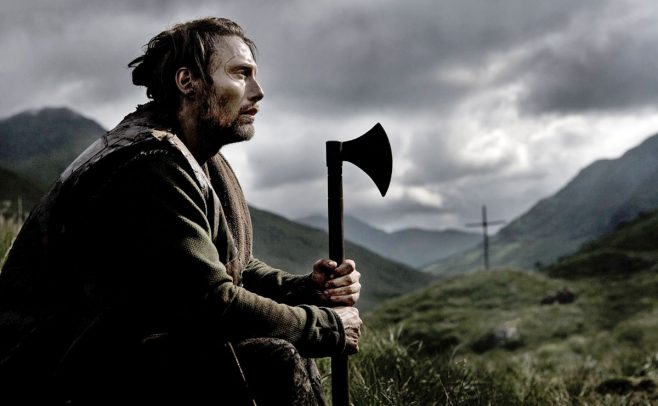 Over the last 30 years or so, researchers have been careful to emphasize the totality of the Viking experience. The peoples we call Vikings, who came out of Scandinavia between, very roughly, 793 CE and 1066 CE, weren’t just raiders. Their societies were rich and complex and heterogeneous, and Vikings themselves could be sophisticated and fascinating individuals. They were artists, poets and philosophical thinkers, with the capacity to be as kind or as vicious as anyone else. Some medieval Scandinavians enslaved others and/or were enslaved themselves. They loved, hated and mourned. Those who weren’t Christians occasionally brutally sacrificed humans to their gods, gods whom they named as friends. They were a medley of communities and cultures with many similarities to the others around them in Europe at the time, but who were maybe better at sailing and had more effective branding.

Their history is a mixed one, and it’s only getting more mixed. Since long before we started putting the Vikings on our TVs, in our comic books and in our videogames, humans have been memorializing them as the heroes (and sometimes the villains) of a non-existent Golden Age – just as the Vikings themselves did for the eras that preceded them. Those false narratives have given strength to many Nationalist and Romantic causes over the years, but none more horrific than the self-flattering and self-mythologizing mystical histories cobbled together over the nineteenth and twentieth centuries to strengthen racist and anti-Semitic ideologies. That is a story that deserves more room than I can provide for it, but one that bottoms out by contributing heavily to the rise of Nazism, in Heinrich Himmler’s bizarrely misguided attempt to manifest Thor’s hammer Mjolnir as an electrical superweapon and with the thousands of idiots who still ink themselves with misshapen runes around a Celtic cross or swastika. Ultimately, all of this has proven even more damaging to the image of the peoples of the ancient North and to our modern social fabric than all the adaptations of Beowulf combined. 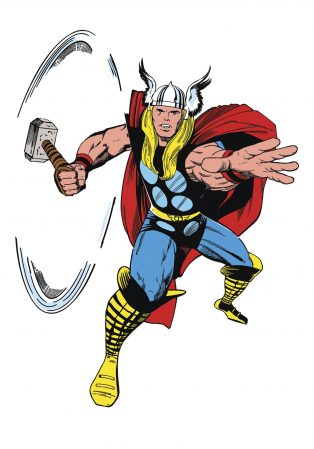 We don’t need to memorialize the Vikings. Memorializing is just a fancy way of deliberately lying to yourself about someone else. Sometimes there are good reasons for doing it, but the Vikings are long enough dead that we shouldn’t feel the need to hold any more funerals for them. All the same, their history is our responsibility. History doesn’t exist in a 1:1 relationship with the past. It isn’t a set of facts or events or people. History is the perception of those people and events. It is something every historian – every person perceiving the past, really – is continually involved in creating and maintaining. It should be both nuanced and wide-ranging, going beyond the fascination with heroism and masculinity and conflict that I, as much as anyone and probably more than most, end up prioritizing.

So, what do we owe a Viking? Their history. All of it. And above all, a bit of context. Context in itself doesn’t excuse violence or shitty sexual politics, but it does bring understanding. It’s part of learning and progress for all of us, all of the custodians of the Vikings’ history, and in the end that process is what’s most important. We should think about what we owe ourselves, not just what we owe the Vikings.

We are not Vikings, no matter how much people like me might enjoy playing at being them, try to eat like them or, somehow, work out like them. Their philosophy, their morality and their sexual politics are alien to all of us – even to the people who still populate the northern reaches of Europe. I like to feel we’ve moved on, but then, as a white, straight, cis male, I have the luxury of feeling that way. I know, at least, that we have to keep trying to progress away from them, rather than laboring to capture the essence of some past that never even really existed. I think that’s what we owe to them and to each other.

I only touched on the abuses of Iron Age and early medieval Scandinavian history over the last 200 years. Old Norse studies (and similar, related fields) has had a problematic history as well, involving some of its very own Nazis. For voices in the fight against these twin legacies, seek out people like Amy Jefford Franks and her podcast Vikings are Gay!, Heather O’Donoghue, Mary Rambaran-Olm and Andrea Freund (whose paper on the entertainingly pathetic philosophies of runic gymnastics and runic architecture at the International Medieval Congress in Leeds in July 2019 kicked off this column).

Declan Taggart is a doctor of Viking gods. He lives in a faraway land, but you can probably find him on Twitter @DCTaggart.

I Hope You Hate This

America is Under the Dome

Between Progress and Pragmatism in Democratic Socialism Simulator