In a year filled with pandemics, recessions, price wars, wildfires, riots, protests, impeachments and UFOs, the good folks behind Call of Duty: Warzone decided to resurrect the Gulag in its most terrorizing form and we, of course, took it in stride because there’s nothing left to scare us.

The Gulag is one of Warzone’s key features, a 1v1 purgatory deathmatch where you’re sent after dying in the game. The winner respawns with a pistol and a few bullets; the bodies of losers litter the ground with blood painting the walls and tiled floor. Like World War III and Cardi B yelling “Coronavirus!”, the Gulag became one of the 2020’s favorite trends and was fashioned into a whole lot of moderately funny memes and TikToks. Its status as a trend speaks to the rise of Warzone in an age of social distancing and highlights the Gulag as its most memorable feature.

At least part of what makes the Gulag work so well is the fact that it’s set in the prison showers, of all places. While the showers are clearly out of commission, surrounded by crumbling walls and broken tile, an omnipresent threat of sexual violence pervades the entire experience by virtue of its setting. As a 15-second deathmatch where even small mistakes are final, the Gulag’s stakes are already high; add in a rowdy, rock-throwing audience and a distressing sexual undercurrent and it leads to some of the most intense moments in the game.

If all this is starting to sound a bit masculine, that’s because it is. Warzone is an indisputably male-first experience; the use of the Gulag showers is just one example. Another: only five out of the 23 operators players have to choose from are women, one of whom can be customized to wear a sports bra while all other operators are noticeably covered in body armor. The internet also appears to understand the male-centricity: take another look at the meme and TikTok referenced earlier, which are typical of the kind of content self-generated by the internet about Warzone. It’s worth pointing out that Infinity Ward, the developer behind this latest iteration of Call of Duty, doesn’t share player demographics of any kind and that there is nothing wrong with creating experiences tailored to one group of people, but it’s somewhat astonishing that Warzone, a game with over 50 million players worldwide and presumably at least a few female players, doesn’t try to be anything but an adrenaline rush for cisgender males. 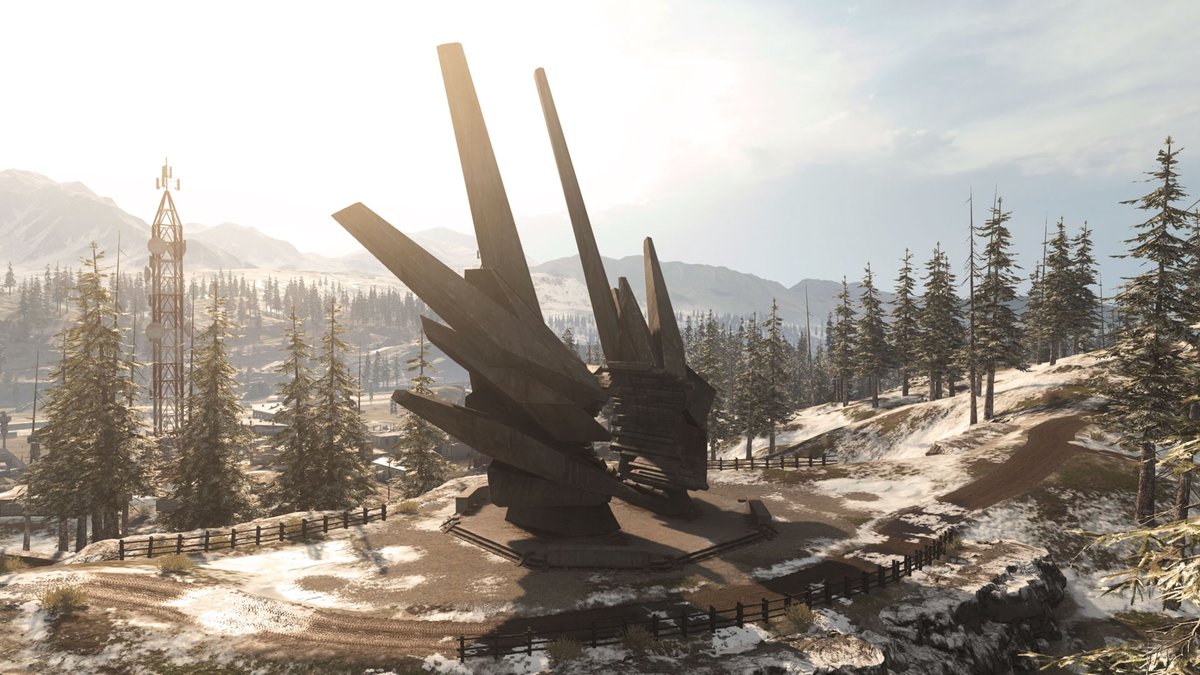 At this point, you’re probably wondering why I’m even bothering to bring this up; after all, nobody has ever accused Call of Duty of being anything other than an adrenaline rush for cisgender males, and a bit of carelessness in gender politics is practically expected for a big-budget game like this one. And to that I say, sure. But consider this for a minute: in Warzone, there are several monolithic concrete structures that populate hilltops across the map. At first glance, these probably won’t look like anything other than abstract sculptures to the untrained eye. After doing some research, however, I discovered that these were intentionally modeled after Yugoslavian WWII monuments, called Spomeniks. The art team put an incredible amount of work into making Warzone’s fictional post-Soviet region look and feel authentic, and they did an amazing job. But if this much work went into environments, why couldn’t Infinity Ward have spared a few more conversations about the reckless gender politics of Warzone?

None of this is to say that players shouldn’t enjoy the Gulag – on the contrary. I think it’s a brilliant part of the game, and it’s added a lot to the too-many hours I’ve sunk into Warzone over the last few months. But players should learn to acknowledge the ways in which this and other features exclude or overlook other groups of people, whether intentionally or unintentionally. We should also learn to expect more from big-budget productions. The amount of effort and money that blockbuster games put into shattering our expectations is both well-documented and controversial. Along with improved visuals and stronger gameplay, there’s no reason that better, more inclusive experiences shouldn’t be something we expect to improve year after year. And regardless of what you think of The Last of Us, the release of Part II does appear to signal some progress in the industry – and proves that inclusivity isn’t just the right thing to do. It drives the bottom line.

It also just makes things better. When I sat down to watch the first season of Ramy Youssef’s series Ramy, I was expecting to get a better glimpse of what it’s like to be a Muslim in America. Instead, I found that Youssef’s experience as a Muslim mirrored my own as a 19-year-old Mormon missionary. In more than a few scenes, I found myself feeling understood and validated more deeply than I’ve ever experienced watching a TV show, regardless of the cultural and racial barriers that ostensibly separate our different groups. Seeing my religious experience portrayed in such a real and authentic way was something I wasn’t aware that I needed or wanted, and everyone should have the same opportunity to see themselves in the mirror like that, to feel the world shrink a few sizes.

I’m not saying that Warzone needs to be the thing that unites people across sexual, cultural, and racial boundaries, or even that it’s capable of doing that. But with its immense popularity and reach, it would be nice to see it try just a little bit harder.