Why do games use moral choice mechanics? This might seem like a strange question if one takes seriously the power of videogames as a communicative medium uniquely placed to present meaty ethical dilemmas via play. And yet, that’s not how morality mechanics tend to work in practice. In games that quantify a player’s moral standing from the choices they’ve made, like Mass Effect or Fallout, morality is presented simply as a form of player expression, allowing one to choose between good cop, bad cop or, in the case of Fallout 3, sensible centrist neutral cop. Rarely does one’s moral standing alter a game’s meaning, or the player’s relationship with their character. Enter Arthur Morgan and Red Dead Redemption 2.

Red Dead Redemption 2 is a game of two interlinked stories. Superficially speaking, the game serves as a prequel to 2010’s Red Dead Redemption, telling the story of the Van Der Linde gang and its gradual unraveling during the twilight years of the old west. This aspect of the story takes place largely outside the player’s control and on its own isn’t especially brilliant, essentially repeating the same pattern of riding into some new town, robbing the place blind and then desperately fleeing from the law and onto pastures new with little variation. The second story, Arthur’s personal arc, proves far more compelling insofar as it places its trajectory, and thus its meaning, in the hands of the player.

There are two sides to Arthur Morgan. On the one hand, the game frequently shows him to be a violent, angry and even sadistic individual, frequently serving as the gang’s muscle and showing little hesitation in robbing and murdering. This is also how Arthur seems to see himself for most of the game, eschewing praise and asserting that he is little more than an ignorant brute. And yet, there is a complexity to Arthur his violent streak belies. He is fiercely protective of his fellow gang members, seeing them as a family and frequently putting himself in danger to keep them safe. He also once had loving relationships, alluding to a more nurturing side to his character he’s sought to repress. And for all his pretense of ignorance, he is also far more introspective than he lets on. Throughout the game, Arthur will document his thoughts on the game’s events in his journal with surprising eloquence for an uneducated bandit, alongside sketching items of interest such as animals or plants in loving detail. For a man who believes himself good for nothing but killing, he has a strange knack for finding a poetic beauty from the world around him. 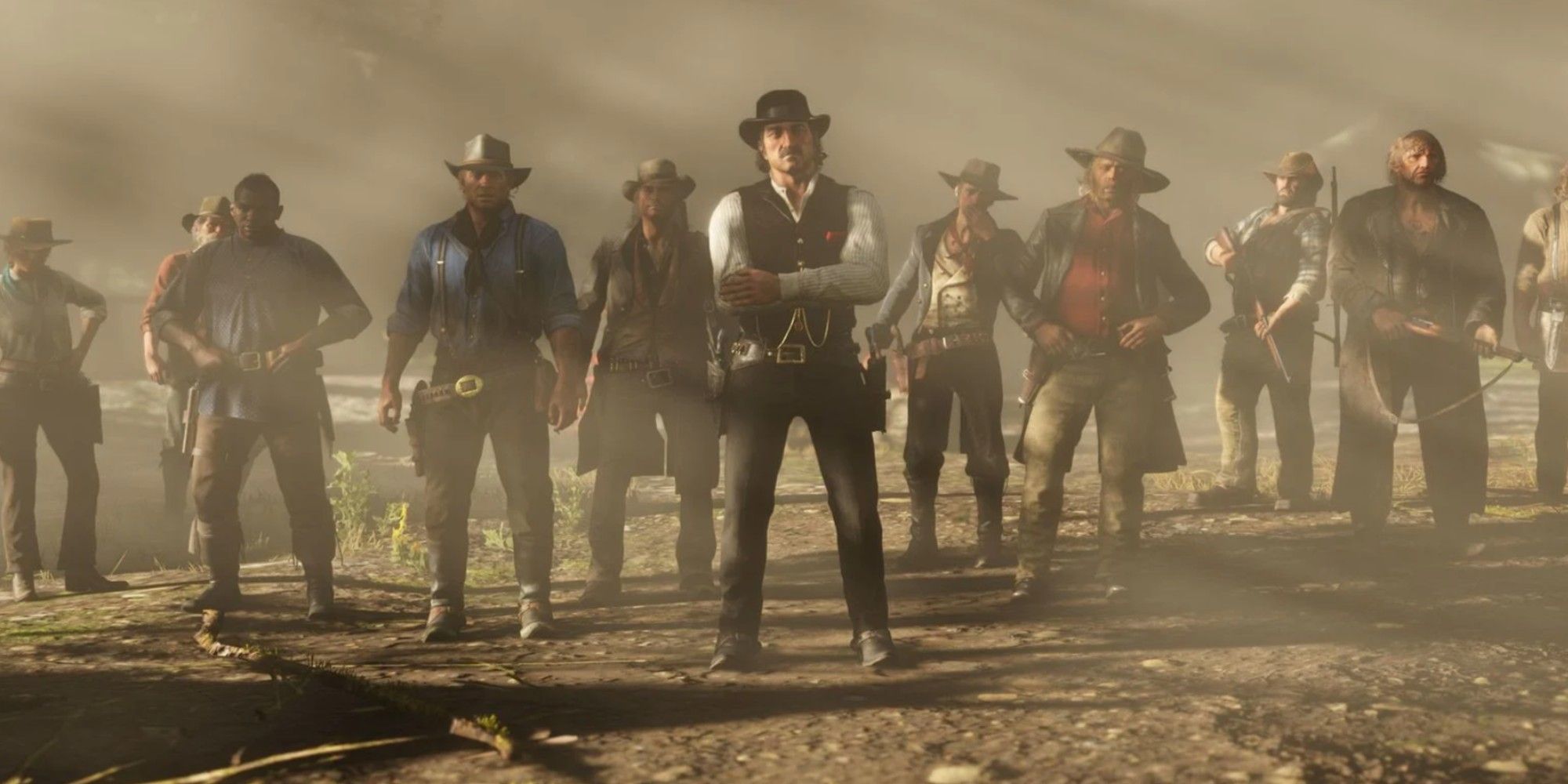 Arthur’s contradictory personality may provide for a nuanced character but they do not on their own amount to anything unique. What makes Arthur truly special is the manner in which these two sides of his personality are intertwined with the game’s honor system which, like its predecessor, adds or subtracts honor points from the player depending on their behavior. In Red Dead Redemption 2 however, the player’s honor shapes Arthur’s character arc. This is subtle at first, alluded to mostly with different symbolism in cutscenes and vague allusions to his dualistic nature, but becomes far more prominent during the sixth act when Arthur learns he is dying of tuberculosis.

From here, Arthur’s story fundamentally diverges depending on the player’s morality. With low honor, Arthur doubles down on his convictions, thereby denying himself any opportunity to improve before he dies. Should the player accrue high honor however, Arthur finds himself questioning his life in the gang, reluctantly accepting the possibility that he is not the unfeeling monster he claimed but, as the game puts it, “a good man wrestling with a giant”. This divergence in Arthur’s character gains a particularly poignancy at the conclusion of Chapter 6 where, in one last ride, Arthur ruminates on his actions and their impact with the tone differing wildly depending on the playstyle. This segment is so powerful because it provides the player space to reflect on how their relationship with the protagonist, and how their own actions have shaped his moral development. 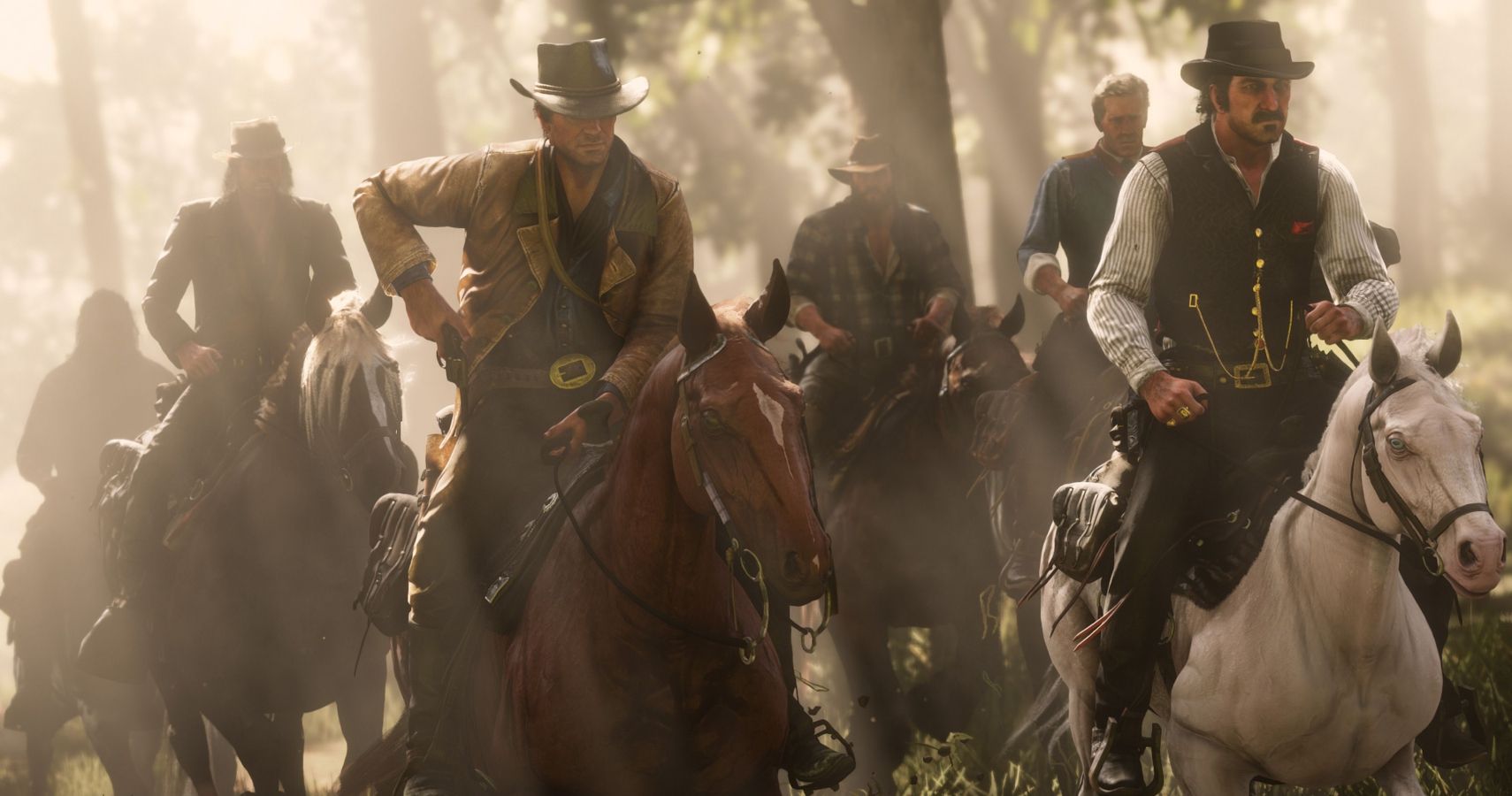 The relationship between player and player character in videogames is a curious one. As a medium, videogames are predicated on interactivity, and it is through our in-game avatars that this interactivity is provided. Our protagonists thus afford us agency over a game, enabling us to transpose ourselves into its world and often to direct its stories as we see fit. And yet, our avatars also restrict this agency just as much as they facilitate it. Just as they make play possible, videogame protagonists, even one’s the player can customize or mold, inevitably shape its meaning in accordance with their personalities, abilities and motivations.

Developers are thus presented with something of a choice. Either they can design a protagonist whose moral and narrative development lie entirely outside the player’s control, and whom the player serves to animate during gameplay in order to keep the story. Alternatively, they can deliberately accommodate for player choice by designing their character to be more of a blank slate to be filled in by the player. Red Dead Redemption 2 however does neither. By tying player choice into Arthur’s personality, the player is neither driver nor passenger in his story. For all intents and purposes, they are his psyche, determining the path he walks via his moral compass.

Though it still retains the Manichean dualism common to moral mechanics, Red Dead Redemption 2’s honor system is not used as a simple playstyle choice. One is not asked to choose between paragon or renegade through a series of quandaries that often have little ethical complexity to them. Instead Red Dead Redemption 2 hands us a flawed, arguably reprehensible character and asks us via its honor system if they can be redeemed.

We Need To Change the Relationship Between Developers and the Press