If you’ve felt a weird obsession with pandemic-based media during the past few months, don’t worry, it’s surprisingly normal. 2011’s Contagion was the second most watched movie on Netflix Canada a couple of months ago, Ubisoft has had to rethink their content plan for The Division 2, and The Last of Us Part 2 has been preemptively scrutinized, being an eagerly awaited game that now feels more topical and perhaps even unnecessary given our current reality. It’d make sense for us to want escapist media now more than ever, but along with an Animal Crossing fixation, we also now have a tonally dissonant fixation with games, movies, books, etc. that are set during a time when a plague is wreaking havoc on the world. For me personally, back in February when this was starting to really get out of hand, it felt like a fitting time to revisit Max Brooks’ World War Z.

Despite being 12 years old at this point, World War Z has had a surprisingly long cultural shelf life, starting as a book in 2006, quickly translated into an audiobook in 2007, adapted into a movie in 2013, to most recently a videogame released in 2019. I’m going to save some time by saying “of course the book was better,” but given that we’ve all had a lot of free time on our hands, I nevertheless decided to go through each version of WWZ listed. I’ll admit this was mostly to see how many liberties were taken with the property in various incarnations, but also out of curiosity to see which (if any) of the book’s themes managed to survive the process of adaptation. Let’s start with the weakest iteration, which (perhaps unsurprisingly) is the game, a third-person shooter developed by Saber Interactive, that while technically impressive (the sight of literally hundreds of zombies scrambling over buildings never fails to impress in any of my playthroughs), it doesn’t add much of anything new to the genre. There isn’t much of a story to speak of, the characters have little to no personality outside of their lore and the (admittedly robust) combat is nowhere near on the level of something like Gears of War. For a game that should excel at being a glorified horde mode (considering it’s a staple of the zombie genre), it unfortunately only reaches its full potential when playing on higher difficulties with friends instead of randomized players. 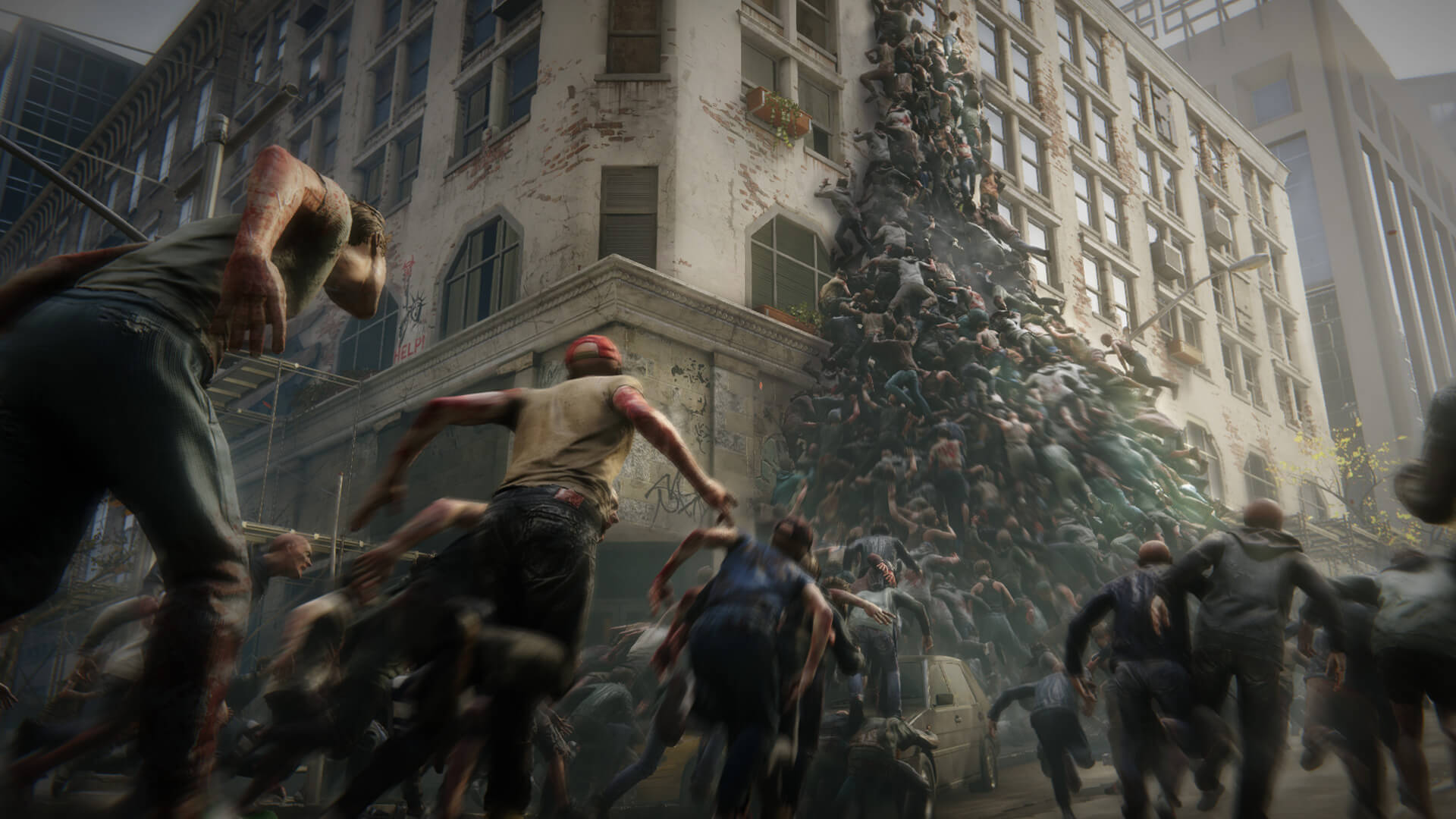 That said, the PvP multiplayer modes are surprisingly engaging, since they incorporate a key twist: every mode you’re in, from standard zone control to more specialized modes, adds in the zombie horde as an enemy that pops up every few minutes, causing you to focus away from directly fighting the enemy team to instead focus on saving your own skin. It’s like a natural disaster coming down during an intense firefight and, even though you might expect it, it does a good job of mixing up the gameplay’s pacing. Other multiplayer games of this console generation have toyed around with having enemy NPCs during online matches, but this is the first I know of where they’re their own faction, and even though they can’t “win,” World War Z’s unique twist on multiplayer combat is something I want to see replicated in other online shooters. That said, when the best part of a World War Z adaptation is something that any other zombie game could do, while ignoring its core theme of different cultures responding to the zombie apocalypse in different ways, it suffices to say that game is far, far away from what I’d call a great adaptation. 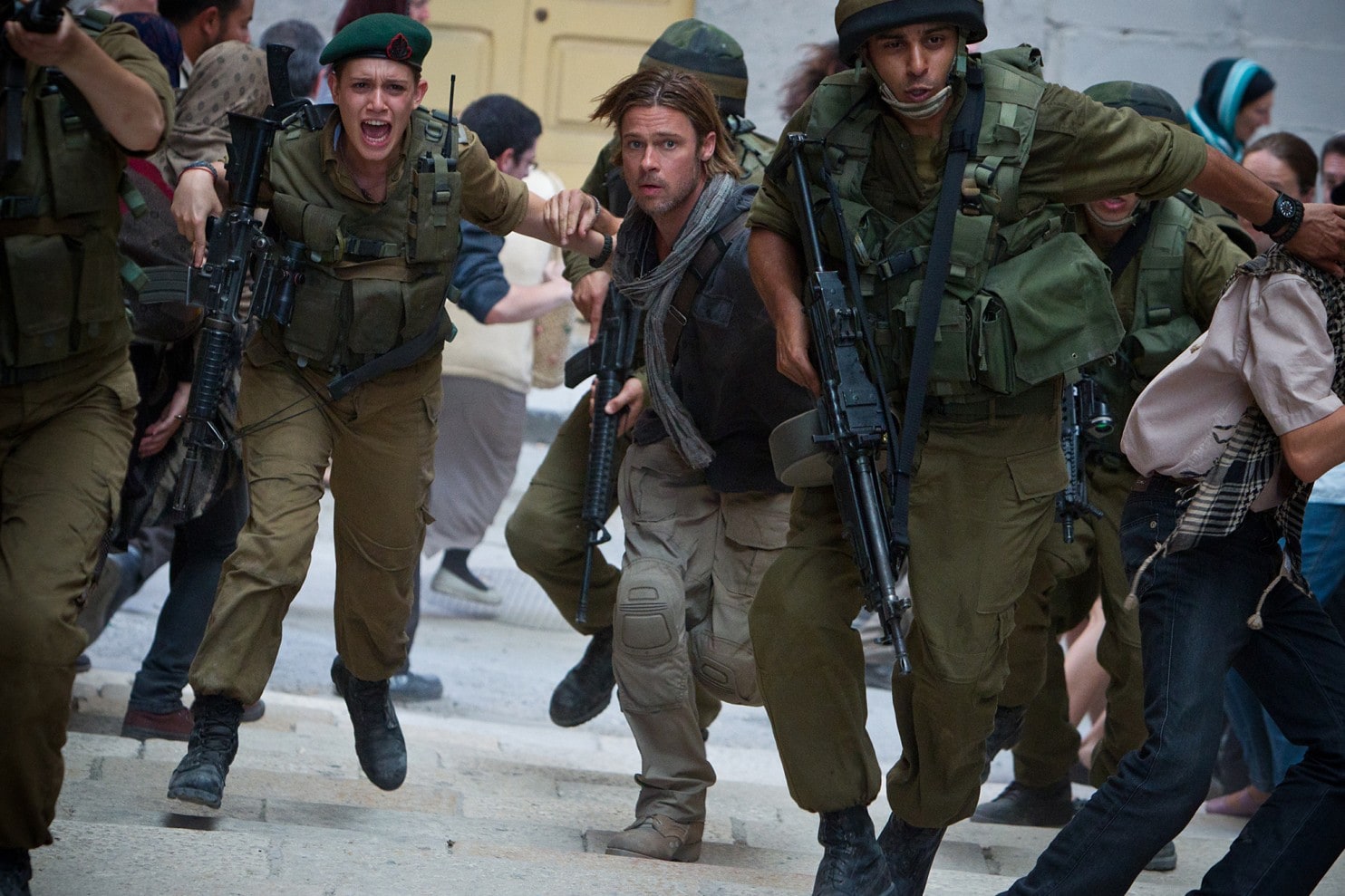 After a recent re-watch, I’ve softened on the 2013 movie adaptation directed by Marc Forster (and starring Brad Pitt), since it does at least understand what the book was about, despite numerous production issues that resulted in a final product that was a shadow of what it could’ve been. Watching it for the first time in years, what caught my attention was how World War Z felt like three separate movies stitched together: a first act that plays out a lot like a standard zombie-survival movie with a family escaping a city to find safety, a second act that does most resemble the book with a protagonist globetrotting to find a cure while seeing how the plague breaks out in different locations and a third act that doesn’t feel anything like the book, yet is the most original part of the movie in how it feels like its own thing, with a rather novel method that enables humanity to start to really fight back the undead. I echo the sentiment that this would’ve worked much better as a TV mini-series, and while I will give the movie props for at least capturing the scope of what’s implied in its title, it still can’t compare to a book that’s not only aged well, but become retroactively brilliant given our current global state. 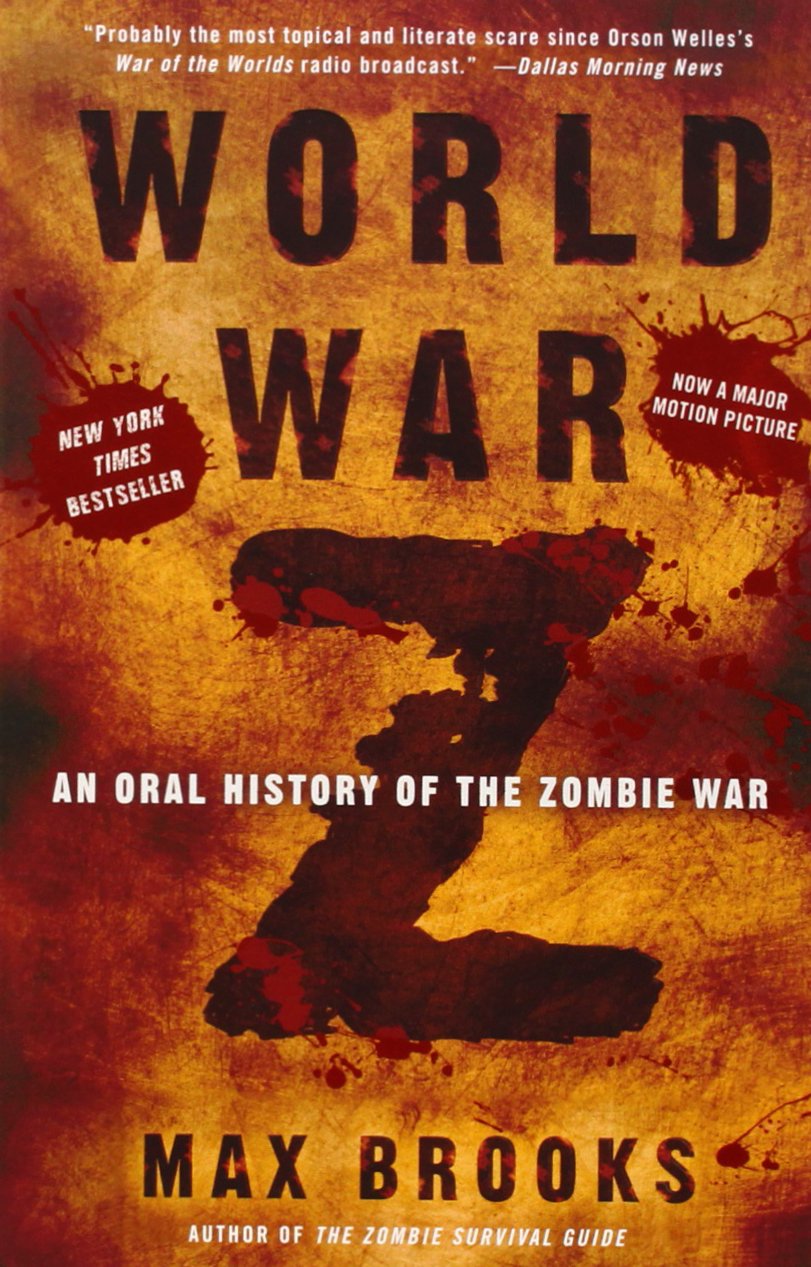 Max Brooks’s World War Z examines a completely different side to zombie horror, in that it thoroughly answers the seemingly simple question of “what would really happen if a zombie pandemic occurred?” What results is a book that doesn’t just realistically depict a worldwide conflict against the undead, but also details all the usually overlooked implications of what happens when so much of our daily lives are so fundamentally disrupted. This latter aspect is what’s made the book unexpectedly engrossing in today’s world (especially when I listened to the audiobook, which has an unbelievable cast that gives every personal account more personality and gravitas); what’s made WWZ not just endure, but more relevant now than ever, isn’t just that it’s a unique take on zombie media, but that it is a thoroughly researched piece of pandemic media. From how viruses spread across the globe so quickly in our interconnected world, to how wildly responses to the virus differ, depending on the government that’s in charge of dealing with the problem. Perhaps most worryingly however is just how long it takes for things to return to something resembling “normal”, even though what we had before probably won’t truly be seen again for decades. World War Z has taken on a whole new aspect of horror, in how many parallels there are between a world overtaken by the undead, and one paralyzed by a much more “realistic” disease.