Autoracing may be the one sport best suited to thrive during the pandemic. While major sports leagues have long partnered with their eSports counterparts and recently have been getting more primetime placement on television, there’s no mistaking NBA 2K for an actual NBA match-up and no level of stick skills will ever land you on a team’s roster. Meanwhile, thanks to years-long efforts between racing organizations and videogame publishers however, simulators may have closed the gap between real and virtual racing that the intersection between the two may be the future of the sport.

Motorsports have inherent advantages over other sports when it comes to making this work. For starters, the visual spectacle of racing videogames has gotten close enough to photorealism that the difference between watching a racing sim and an actual race is less dramatic than watching competitive NBA 2K or MLB: The Show. Watch an F1 2019 race on ESPN from across the room, and it might take you awhile to realize you’re watching a videogame. Gameplay has also achieved a level of realism that with the right setup, simulating real-world racing at home is more accessible than ever.

While getting into professional racing has historically been cost-prohibitive for the common person, a player wanting to make a run at an esports career needs only a game or software subscription, a steering wheel and maybe some other advanced accessories. A typical rig including a wheel, frame, seat, and display runs about $850. Compare that to the exorbitant startup costs of getting into actual auto racing however –from racing school tuition to equipment acquisition and maintenance – it’s marginal.

Software-wise, the most serious players might opt for iRacing, a long-running simulation platform founded by professional racer Dave Kaemmer and Boston Red Sox owner John Henry that has been in continuous development since 2004. 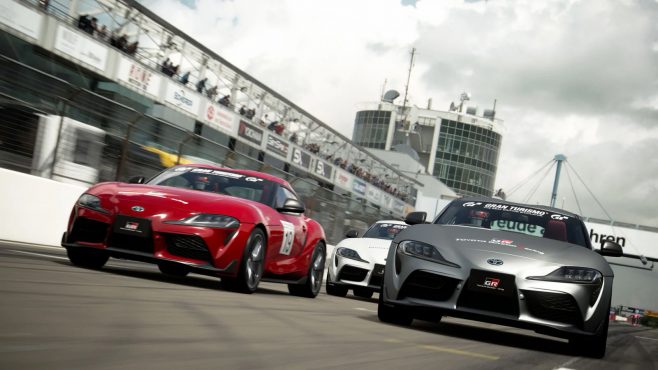 On consoles, Formula 1 has partnered with racing game developer and publisher Codemasters on the Formula 1 Esports Series since 2017 and a number of pro drivers have gotten started with the now-defunct GT Academy, a competition and reality television series produced Nissan and Sony Interactive Entertainment that sought to find the world’s best Gran Turismo and recruit them to drive for Nissan’s racing team.

While the program eventually produced 21 graduates, several who have had successful real-world racing careers, the most well-known of those drivers is likely 2011 GT Academy champion Jann Mardenborough. Once named the “fiftieth most marketable athlete in the world,” it took him just two years after winning the competition to race for Nissan at the 24 Hours of LeMans, the world’s most prestigious automotive racing event. He currently races in Japan’s highly competitive Super GT Series; not bad for a kid who had no previous aspiration of becoming a professional driver at all.

Now, as the son of professional soccer player Steve Mardenborough, Jann didn’t exactly grow up economically underprivileged. However, the way he inadvertently charted his path from playing Gran Turismo to settling into a pro racing career is remarkable not only for the sheer unlikelihood of it all, but because it smashed the financial barrier to entry for the sport. Sure, it was made possible in part by substantial investment from a major car manufacturer and entertainment publisher, but Mardenborough’s own out-of-pocket costs were relatively marginal.

While Gran Turismo’s tagline “the real driving simulator” may be marketing-speak, the success of Mardenborough and other GT Academy graduates may have proved that it wasn’t totally a gimmick, turning series creator Kazunori Yamauchi’s (a professional racer himself) vision into reality. Videogames had not only brought a more authentic racing experience onto consoles, but they had players behind the wheel of real cars.

Mardenborough certainly hasn’t been the only Gran Turismo player, or even racing gamer in general, to make the professional leap. Hong Kong-based driver Edgar Lau went from playing Polyphony Digital’s long-running franchise to finishing fifth in the LMP3 series at Le Mans in 2017. Coming from a country where getting into motorsports would have otherwise been nearly impossible, the power of a videogame to break down barriers to access in his case may be even more remarkable than Mardenborough’s ascent from bedroom racing to hitting actual asphalt.

iRacing player Glenn McGee followed a similar trajectory, using the relatively affordable simulation platform to launch a racing career with Mazda. While it’s common for professional racers to augment their training with iRacing, McGee made the transition from screen to track with zero previous experience behind the wheel of an actual race car. An interview with McGee on the racing blog RacersHQ prefaced the conversation with the claim that “sim racing is the future of motorsport training.”

An interview with McGee on the racing blog RacersHQ prefaced the conversation with the claim that “sim racing is the future of motorsport training.”

As further evidence for how effectively iRacing has helped close the gap between racing simulation and reality, an event featuring real-world IndyCar and F1 drivers ended in controversy after one driver took out another near the end of a highly competitive race. The fact this incident wasn’t taken lightly despite being a virtual event underscores the sim platform’s effectiveness in recreating real-world racing; while the comparison isn’t exactly one-to-one, it’s close enough that actual, professional drivers considered the competition to be serious.

Videogames may well be helping to grow racing’s popularity too. While NASCAR is mega-huge and has been leading racing’s eSports charge, Formula 1 has been picking up speed, and IndyCar is at least making an effort to build a digital presence. Racing has also caught the attention of Penny Arcade’s Jerry Hoskins (a man who hasn’t paid attention to racing games in . . . a while); the site has also been streaming (of all things) Motorsport Manager. For a major games media brand that has never paid much mind to sports, that is not an insignificant development.

With gamers turning professional racers (and vice versa) and audiences following suit, the future of both real-world and synthetic racing is becoming increasingly intertwined in ways no other sport can claim. Gamers can become professional racers and vice versa in ways that seem novel now but may become the norm sooner rather than later. It’s a reality that would have seemed laughable when Gran Turismo billed itself as “the real driving simulator” in 1998, but in retrospect, we should have seen it as inevitable.