From the second I first saw a trailer for Robert Eggers’ The Lighthouse, I was instantly enamored. The black-and-white that cuts grim lines into the faces of its grimmer protagonists, the shanty-worthy beard gracing Willem Dafoe’s skeletal visage pulled right from the liner notes of [insert favorite 19th century ocean-faring novel here]. Not to mention lighthouses. Man, I know you love lighthouses! So when I finally convinced my friends that this movie was worthy of our invaluable Sunday evening investment, I should have guessed that its substance would reflect its style. This movie is salty and gangrenous, a waterlogged distortion of an old tintype photograph. This movie is Hurricane Sandy and El Niño in unsanctimonious union, a ghastly, rotting figurehead on the prow of a pustular Flying Dutchmen and sand in your crotch. It is also smart and fun as hell.

Now, we shift from my living room and transport to the driver’s seat of my Kia sedan in the summer of 2018, eating pistachios on I-84 and barreling through the entirety of the audiobook version of Virginia Woolf’s To the Lighthouse. It’s melting me. Woolf’s language pours from the minds of her characters like hot, Darjeeling-saturated water from a spout. Though any actual activity in this novel is entirely replaced with the intention of activity, it is one of the fullest books I’ve ever had a stranger read to me on a stretch of Idaho interstate. After the story came to its abrupt end, I remember pulling into a dirt lot overlooking a cornfield receiving its daily watering, frustratedly flipping the coarse sleeves of the audiobook’s case in silent stupefaction before repeating the final chapter twice more. The substances of these works couldn’t be more different, nor could their tones. But am I supposed to allow them to have existed in my life without forcing one to offer some relief to the other? I mean, come on. Lighthouses. 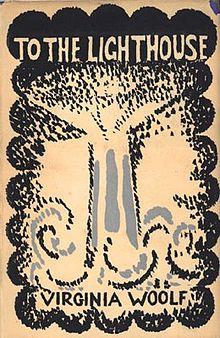 What is it about a lighthouse that bears such potential for profundity? Any structure that itself is imbued with function is ripe for metaphor (think Don Quixote’s windmill or The Rock in The Rock). A lighthouse projects, it reaches forth into darkness, communicating safety to the wayward craft. A lighthouse is solitary, intentionally distinct from its rocky tableaux. These works, however, show that it can also carry a more malignant weight. Mrs. Ramsey decries the life of a lighthouse worker with poignant specificity in the novel, saying:

“For how would you like to be shut up for a whole month at a time…upon a rock the size of a tennis lawn…and to have no letters or newspapers, and to see nobody; if you were married, not to see your wife, not to know how your children were…to see the same dreary waves breaking week after week after week, and then a dreadful storm coming, and the windows covered with spray, and birds dashed against the lamp, and the whole place rocking, and not to be able to put your nose out of doors for fear of being swept into the sea.” 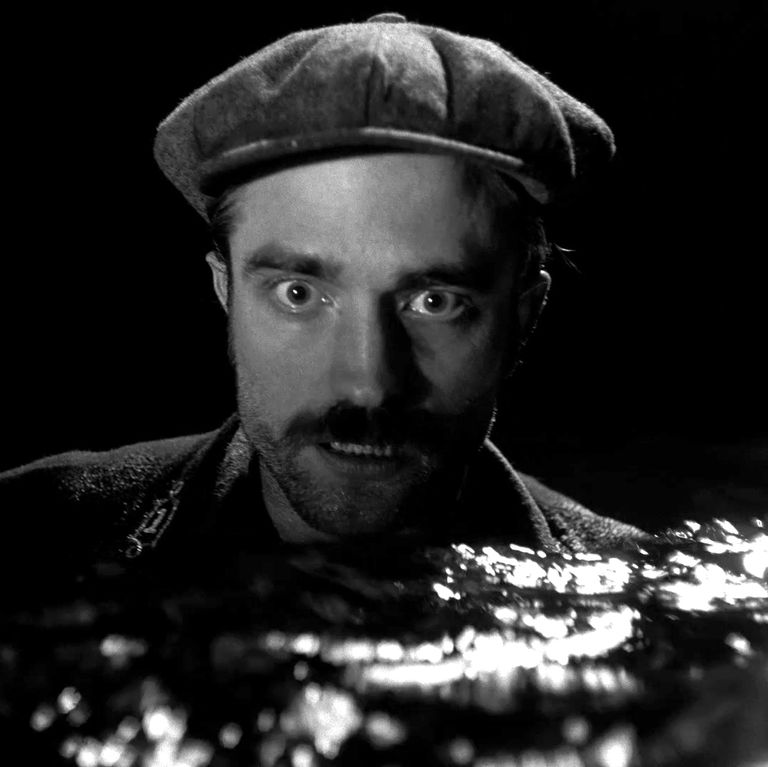 Thomas Howard (Pattinson) and Thomas Wake (Dafoe) are the test subjects of Mrs. Ramsey’s cursory hypothesis. A lighthouse is, by design, isolated; it becomes for the men more like The Shining’s Overlook Hotel than any beacon of impending rescue. Painted bone-white and with only a single radiant aperture at its crest, this structure aptly reflects the prison in which Pattinson’s character becomes entrenched: his own head.

Because of this incarceration, we progressively witness the externalizing of the internal (the structural and stylistic depiction of which Woolf was a visionary master): secrets are divulged during drunken stupors and Howard’s dreams become hallucinations as cerebral dams burst. The latter plants the theme of maddening into the forefront, consummated by Howard’s hasty, spiraling descent down the tower steps, but echoed early by Wake’s description of his partner’s predecessor: “Aye, went mad, he did. Raving about sirens, merfolk, bad omens and the like. In the end, weren’t no more sense left in him than a hen’s tooth. He believed that there was some enchantment in the light. He notioned that St. Elmo had cast his very fire into it.”

It is a short Beckettian leap to conclude that the dynamism of the exchanges between Wake and Howard is in fact dual spires of the same intellect, that Howard is his partner’s youthful reflection and the entirety of this film is an externalized display of internal dialogue. Any way it’s spun, The Lighthouse, both film and structure, through this lens is a harrowing conduit for the darkest personal revelation; it is a mirror, polished just so to expose all of one’s personal insufficiency. Woolf knows this. She wrote the literal book on it.

In her letter to contemporary critic Roger Fry in 1927, Woolf wrote the following: “I meant nothing by The Lighthouse. One has to have a central line down the middle of the book to hold the design together. I saw that all sorts of feelings would accrue to this, but I refused to think them out, and trusted that people would make it the deposit for their own emotions – which they have done, one thinking it means one thing, another another. I can’t manage Symbolism except in this vague, generalized way. Whether it’s right or wrong I don’t know, but directly I’m told what a thing means, it becomes hateful to me.”

It is hard not to empathize with the artist’s plight. The second we regard their work as a puzzle to be solved, we lose our responsibility as purveyors of created material to uphold any volition of our own. The lighthouses – both Woolf’s and Eggers’ – serve their purposes most effectively when they resist definition, when they act as all art is meant to act: as a finger pointing back at the observer. Thomas Howard, forever implacable, must obtain some dominion over the force within the tower, which inexorably leads to his unsightly end. It is that ambition with which we resonate, not the object itself.

Woolf puts this best when she speaks directly of art: “Beautiful and bright it should be on the surface, feathery and evanescent, one color melting into another like the colors on a butterfly’s wing; but beneath the fabric must be clamped together with bolts of iron…a thing you could ruffle with your breath; and a thing you could not dislodge with a team of horses.” The fixture is ineffable. The mysterious light that is the object of Howard and Wake’s obsession is precisely whatever mysterious lights in our lives that elicit spiral maddening. Still, are we wrong to imbue physical objects with intractable mythical elements? Better to just play it safe and carry out my next lighthouse encounter as though the sea-gods are watching.