Dissatisfied with being stuck at home? Retired cop Jorge from The Flower Collectors can relate — until he ends up stumbling on a mystery. Fortunately, you can join his investigation. Released by The Lion’s Song developer Mi’pu’mi Games, The Flower Collectors takes place in an alternate version of ‘70s Barcelona populated by anthropomorphic citizens who are in the middle of transitioning from a dictatorship to a fledgling democracy. Gregor Eigner, executive producer of The Flower Collectors and founding CEO of Mi’pu’mi Games, took the time to answer Unwinnable’s questions over email prior to exhibiting at LudoNarraCon on Steam. With over 20 years of experience in the industry, Eigner discussed the influences and design sensibilities behind The Flower Collectors. 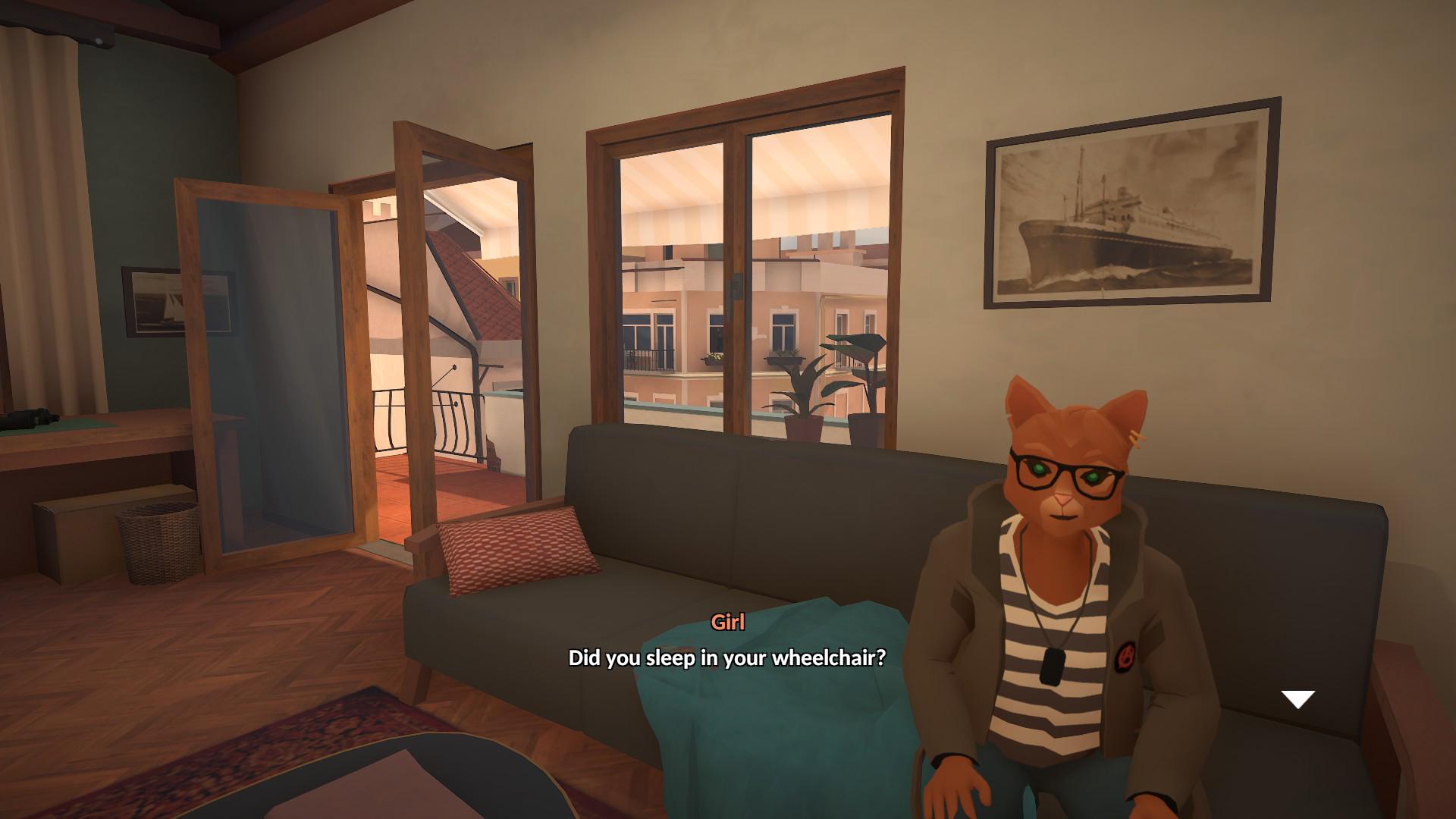 Alyssa Wejebe: Okay, first question — Mi’pu’mi Games or Mipumi Games? I’ve seen both used, but “Mi’pu’mi” seems to show up more. Is there a preference, or is either one fine?

Gregor Eigner: Our official company name is Mi’pu’mi Games. But often in writing it is easier to refer to Mipumi Games. So, we don’t mind either way.

A.W.: Good to know. Now, what are your plans and hopes for LudoNarraCon?

G.E.: The line-up for the LudoNarraCon is bolstered with great titles. We are honoured to have the possibility to participate in such an illustrious digital event. We hope to show the game to many players of our core target audience: players of narrative games. We are also looking forward to sharing more about our art and design workflows in our streams.

A.W.: Did COVID-19 end up affecting your studio and the game?

G.E.: We are lucky to work in an industry that is used to remote work for years already. So, we were prepared for working as a whole team remotely starting mid-March. We have a similar setup working as an embedded team for our AAA partners IO-Interactive, Remedy and Ubisoft. I gave a talk about the collaboration as an embedded team with IO-Interactive in 2016. We constantly review the situation and try to improve the setup for all developers working at Mipumi. After all, there was no impact on us as a studio nor on the game’s release date. As a small studio we are used to staying flexible as we have to adapt as good as we can, being able to survive in this ever changing industry. 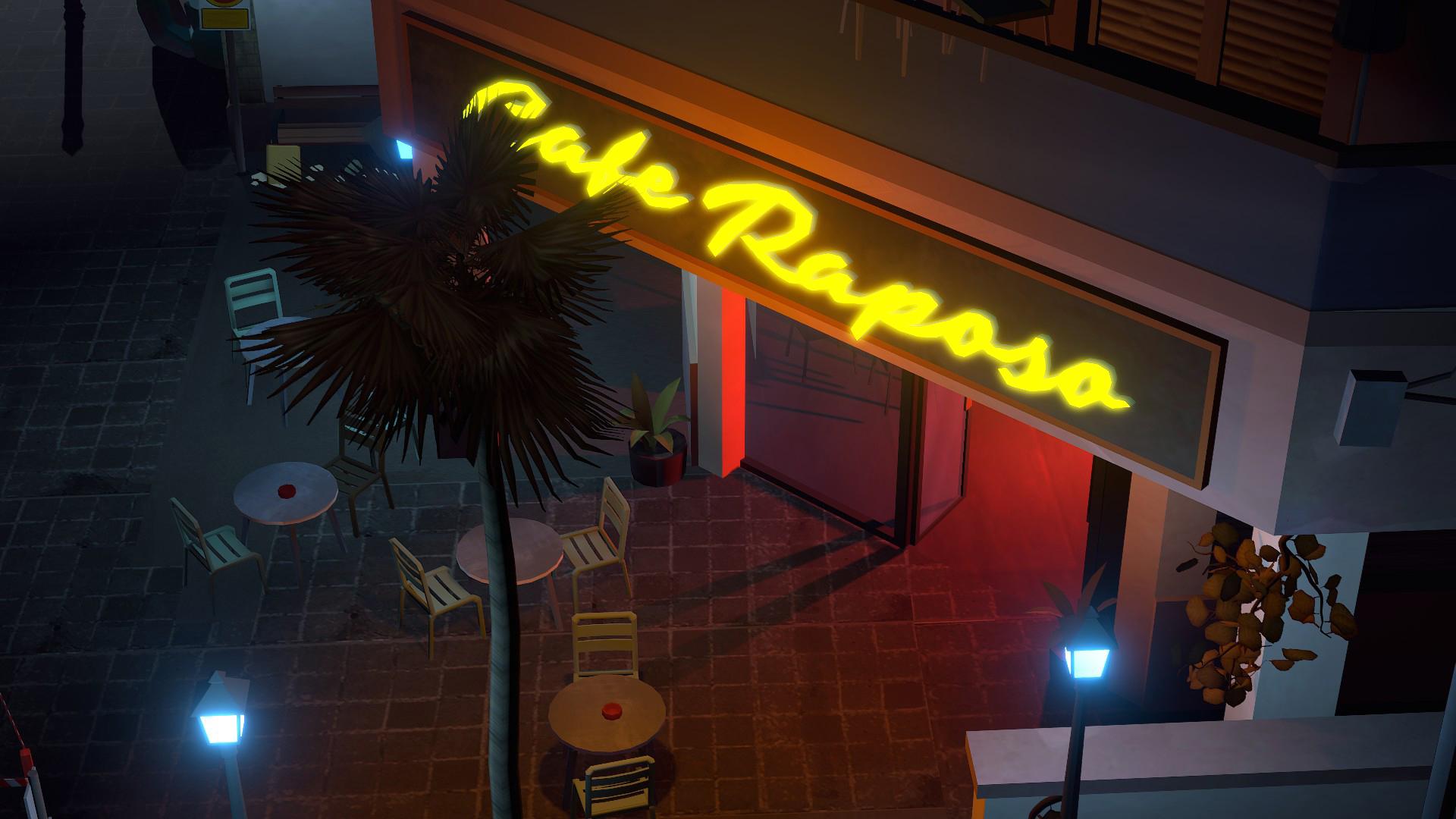 A.W.: Did development on The Flower Collectors start right after The Lion’s Song?

G.E.: We have been working on this since 2018, with some interruptions due to unforeseen work-for-hire projects we had to take on with long-term AAA partners.

A.W.: Looking at the game, it reminds me of Rear Window and Blacksad. Were those influences on The Flower Collectors? What inspired the game?

G.E.: We watched a lot of French espionage movies and read Le Carre cold war fiction, which influenced the cop/government angle. The main inspiration came from a book called The Shadow of the Wind. It’s about the police in a post WW2 Franco era, set in Barcelona.

Jorge was loosely influenced by Det. Hodges in Stephen King’s Mr. Mercedes. We tried to steer away from classic American B&W crime cliché as much as possible. If any movies influenced the game, it’s the work by Pedro Almodóvar who combines crime/suspense with intense romantic and humoristic topics, usually set in Spanish cities. Lola is such a character. 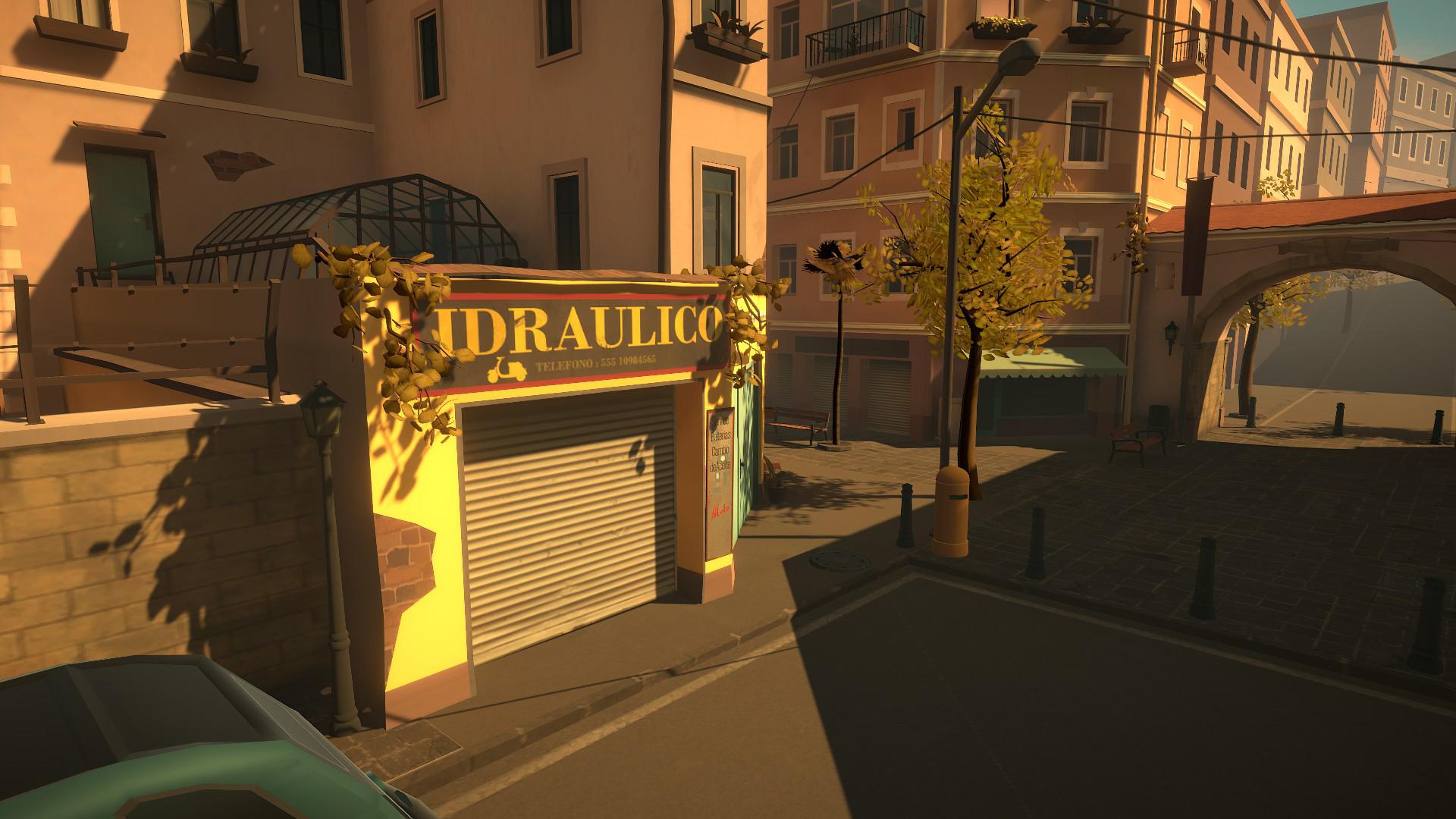 A.W.: What drew you to featuring anthropomorphic characters in The Flower Collectors?

G.E.: We wanted to get away from stereotypes. Our designer was reading fables to his son, he noticed that each character role was usually associated with an animal image. We wanted to actively subvert this, hence some of the animals are contrary to their role in the story.

A.W.: Could you talk more about the rest of the team behind the game? Was it made of previous members on The Lion’s Song, or were there any new members added?

G.E.: Original IPs are one pillar for our company as we have proven with The Lion’s Song and The Flower Collectors. Nevertheless, we also have our embedded team collaborations and our work-for-hire projects. So, while we will always have a core team working on our original games, there will be additional team members that are a good fit for specific areas over time. The core team members involved in the development profited from our learnings with The Lion’s Song.

A.W.: According to an Imgur post by producer Eline Muijres, this is the studio’s first game with voice acting. What was it like including that? Had it always been the plan to have voice acting in The Flower Collectors, or was that a change made during development?

G.E.: We always wanted voice acting in Flower Collectors as we see it as one of the important pillars for the overall gaming experience. We got some experience about voice acting with our work-for-hire projects already, but it was great for us to be involved in the full process from choosing the actors, to the direction, to the integration and the final tweaks. We have English voice-overs only, but we wanted Spanish words pronounced as Spanish natives would do. This worked very well for the immersion of our setting in Barcelona. 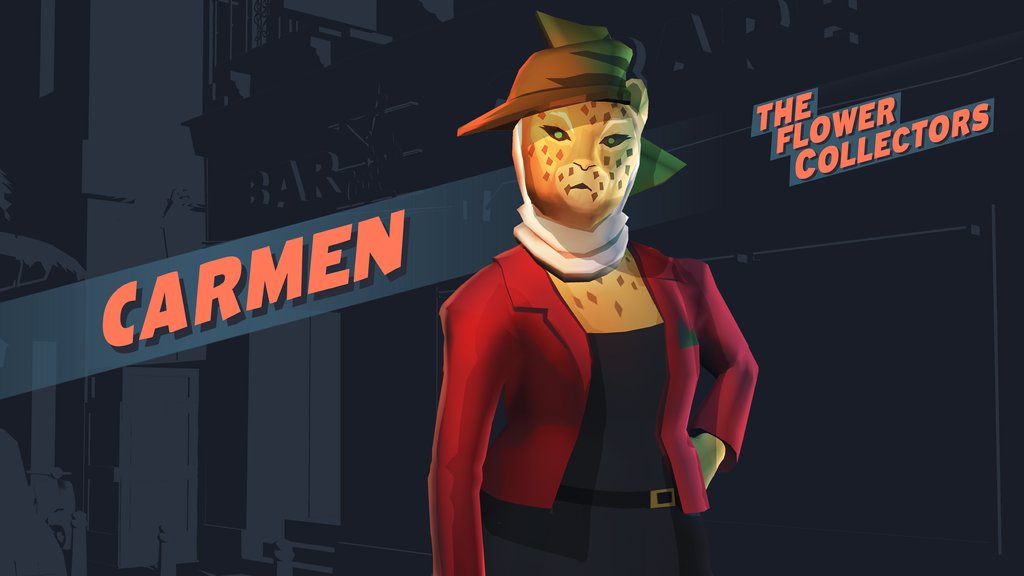 A.W.: What did you do to make the game feel noir? Was it the visuals of shadows, the elements of a detective mystery, and a cynical tone? Were there other methods used to give a noir vibe to The Flower Collectors?

G.E.: When you watch the game closely, you will see another — potentially unseen — character, the weather. It plays an important role to support the narrative and building up the immersion of the journey all characters experience throughout the game. The weather as well as the day / night cycle help to drive the story in the tight scenery of the plaza and reflect on the current player status of the conspiracy mystery. Last but not least, the audio plays a fundamental part to convey the noir style of a powder-keg Barcelona in the ‘70s. We feel all these elements intertwine nicely for an out-of-the-ordinary immersive game experience.

A.W.: On another Imgur post, Muijres talked more about the historical setting in the game. What sort of research was done for The Flower Collectors? Was a lot of that research used in the game?

G.E.: As stated above, we dipped into movies, TV shows and literature. As games are part of the entertainment media, these will always be the first communication channels we look into. But we also have a more personal approach, as our lead designer’s father actually lives in Spain, hence the first-hand experience and also interest in this beautiful city of Barcelona. 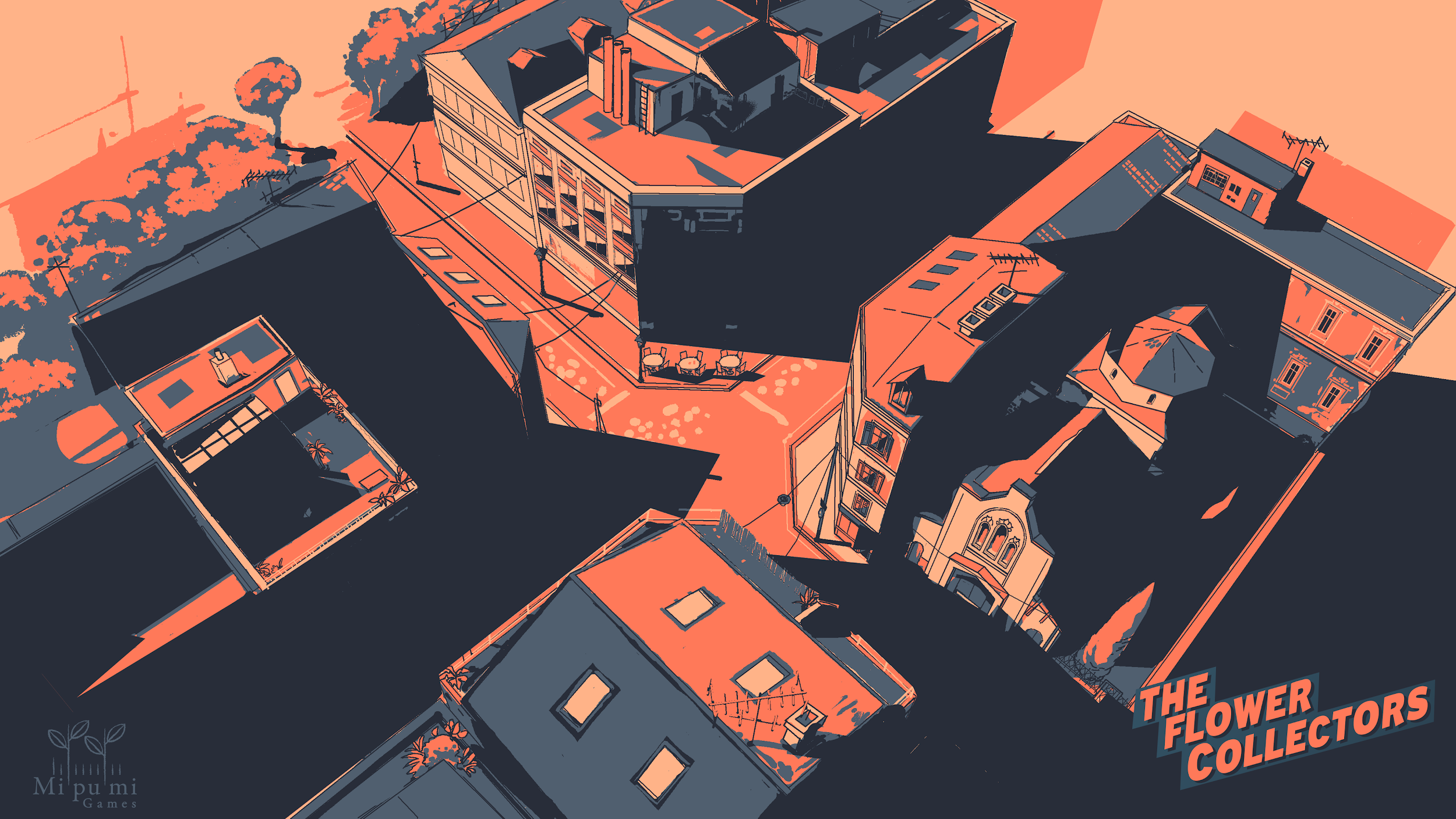 Art of Barcelona in 1977 from The Flower Collectors.

A.W.: What was it about this part of Spanish history that made you think it would fit a detective game? Did the inspiration largely revolve around Spain transforming from a dictatorship to a democracy?

G.E.: The Spanish political situation reflected strongly with current-day tendencies: government trying to use private information to push its agenda. Also the question of how much privacy can be violated in search of ‘the greater good’ came up. We continue the journey we started with The Lion’s Song, telling interesting stories during exciting times in Europe to help evolve games as [an] interactive medium. Stay tuned for more to come from Mipumi.

A.W.: Why is the game called The Flower Collectors?

G.E.: This becomes apparent over the course of the story, so pay close attention while playing it.

A.W.: Do you feel like Jorge trying to solve a mystery from home has new meaning for people under quarantine today?

G.E.: As already mentioned, we started development back in 2018, so the reference to the “interesting” times we are all experienc[ing] at the moment are a coincidence. But we already got a quite interesting review on Steam that starts with the following words: “If you are like me and are fed up with looking out your real window during this pandemic you can now exchange it with a virtual one and even help solve a crime! — by Steam user SeloX”. It’s good to see The Flower Collectors is contributing a little bit to cope with the current situation.

A.W.: Are there any plans to port The Flower Collectors to other platforms like The Lion’s Song?

G.E.: We wanted to focus on one platform for the release, similar to what we did for The Lion’s Song, and will look into different platforms later.

A.W.: Thanks for your time, and congratulations on launching The Flower Collectors! 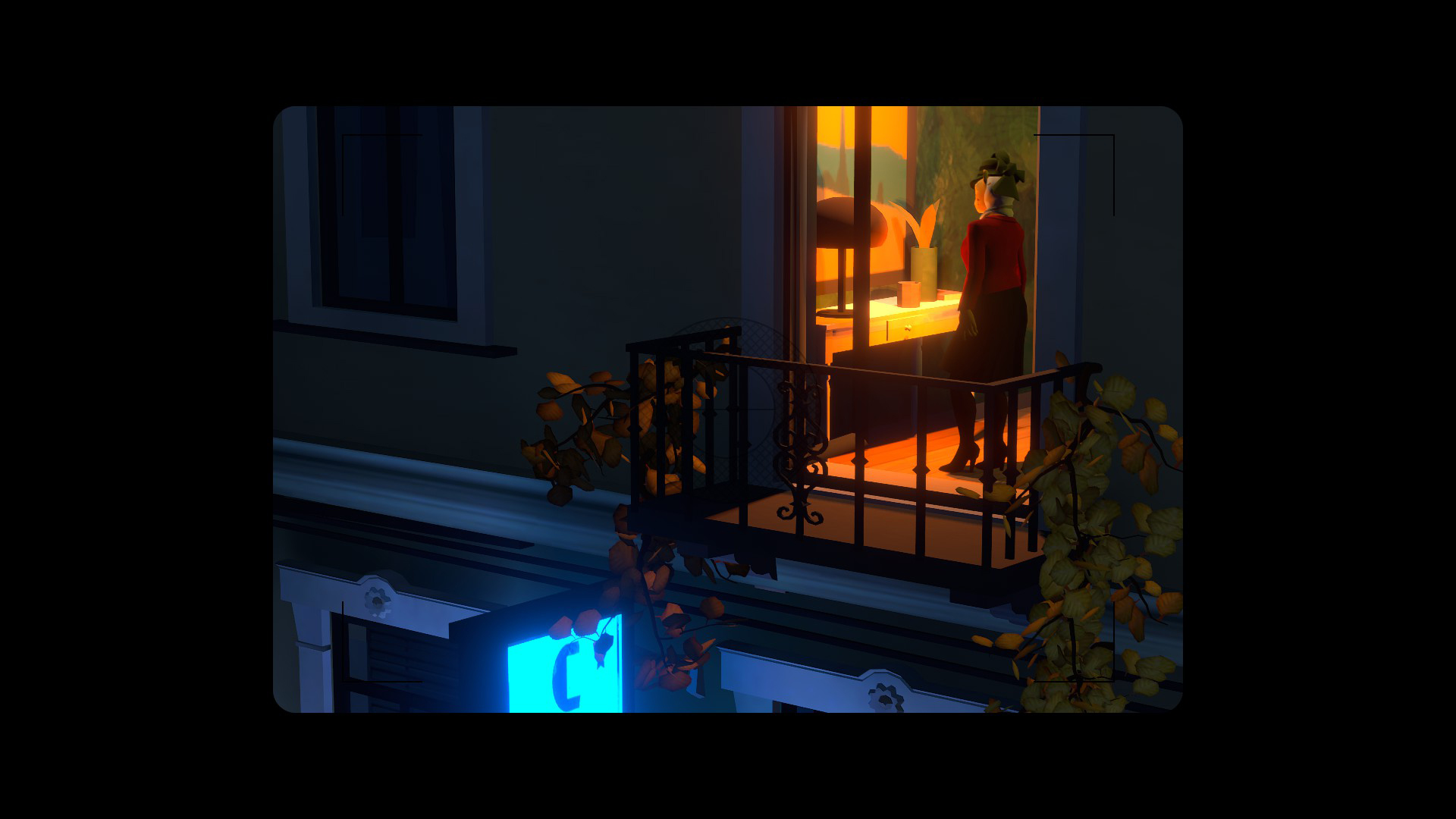 Godzilla is the Perfect Disaster Film for the COVID-19 Crisis