Contrary to the catchy name, Boyfriend Dungeon isn’t another dating sim where your only option is one gender. The upcoming game will include women, offer non-binary and platonic options, and allow the player to choose their own pronouns. While this wider approach to relationships is a welcome feature, the upcoming title from Kitfox Games also really stands out with its mash-up of dating sim and dungeon crawling genres, embodied in its literally transformative hook: weapons shapeshift into the people (or pets) you bond with.

Before Boyfriend Dungeon made its appearance at the second year of LudoNarraCon, a digital convention exclusively devoted to narrative games, some members of Kitfox Games took the time to chat with Unwinnable over email about the game’s dual approach to combat and love.

Alyssa Wejebe: Could you please introduce yourselves and describe your roles on Boyfriend Dungeon?

Victoria Tran: Hi! I’m Victoria Tran, the Communications Director at Kitfox Games. I do most of the marketing, PR, social media, community management, and communications related to Boyfriend Dungeon. Our captain, Tanya X. Short, is also on board to answer some questions here, as she is the game’s creative director!

A.W.: What are your plans and hopes for LudoNarraCon?

V.T.: We’ll be doing a livestream drawing session of Pocket, the cat in Boyfriend Dungeon! We hope the event will show Boyfriend Dungeon to a whole set of Steam users who might’ve not known it existed, and interact with the people that do know it. Especially with a lot of physical events being gone, having this sort of visibility and potential wishlists is super important. 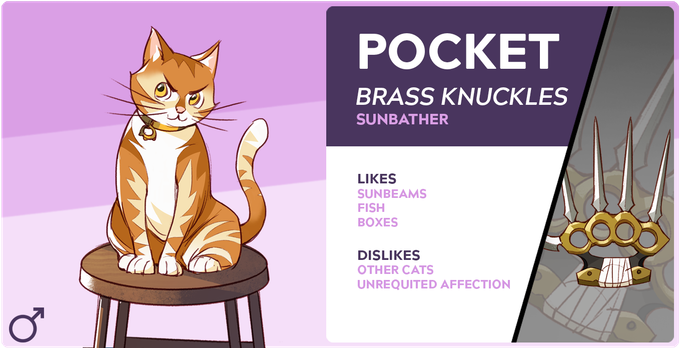 Pocket the cat can turn into a pair of brass knuckles.

V.T.: Tanya has wanted to make a romance game for a long time. The team has always loved the idea of dating simulators, but it always felt like more could be added to them in terms of gameplay, plus a lot of the ones available (at the time) were geared towards a certain male-gaze audience. So we had the silly idea of combining dating with dungeon crawling except…it turns out that might ACTUALLY be a good idea? We went with it, and Boyfriend Dungeon was born.

A.W.: I got excited when I watched the Nintendo Switch trailer and realized that relationships included women and non-binary options. Later I read that there would also be platonic options, and players could choose their pronouns too. Was it always the plan to have all of that available in Boyfriend Dungeon?

V.T.: Yay! Sort of — when the game was still in its “silly idea prototype phase,” it didn’t have ALL the weapon options that it currently has. After all, it was just to see if the game idea would make sense, since combining a dating sim and dungeon crawler is a pretty unique concept. And being unique doesn’t necessarily mean it’s good. So in that phase of the game, there was only like one or two weapons that were men, hence the (what we initially thought would be a temporary) name. Once we decided this was something we wanted to pursue further, we definitely knew we wanted to add women and non-binary options too. 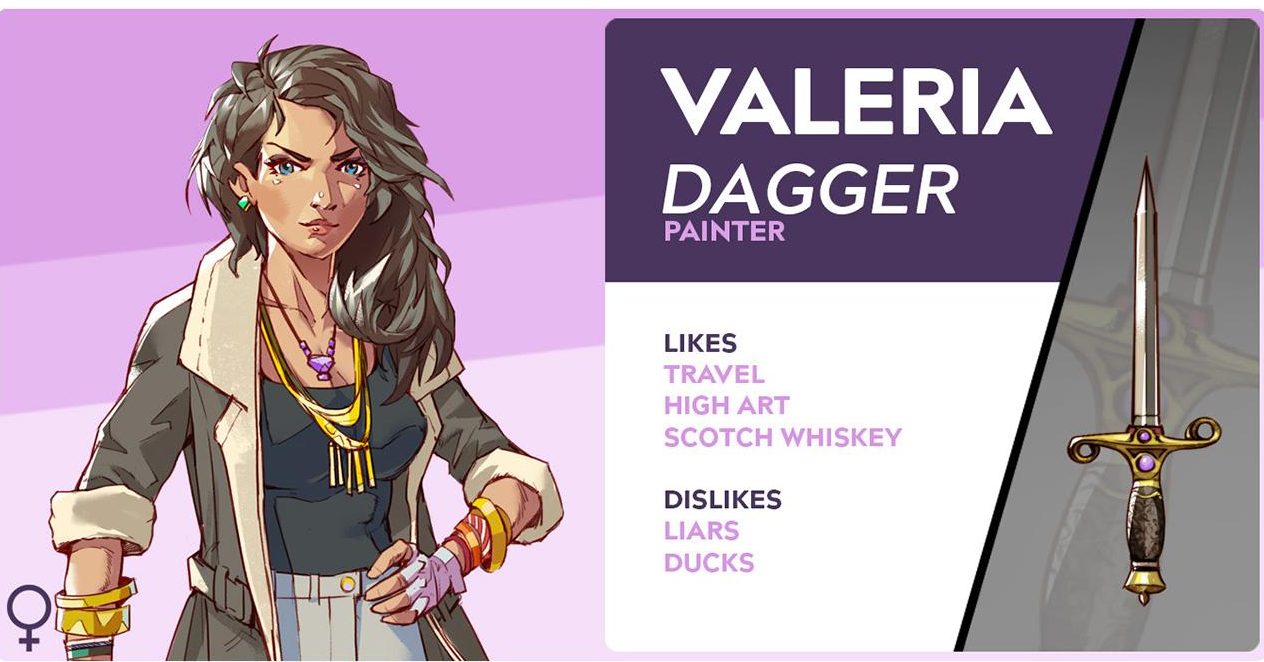 The dagger changes into a painter named Valeria.

A.W.: Was there ever talk about changing the game’s title to more clearly reflect its wider approach to relationships? Or was Boyfriend Dungeon just too catchy?

V.T.: There was! “Boyfriend Dungeon” was our original silly name for the game, and in the beginning we bounced around a few ideas for name changes. Ultimately none of them stuck — “Boyfriend Dungeon” was just too catchy and hilarious, and things like “Significant Other Dungeon” weren’t very fun to say. (“Bae Blades” was a close second, but it sounded too much like a certain children’s cartoon.)

A.W.: Are there options for asexuality in Boyfriend Dungeon too? Is there a character who experiences romantic feelings without sexual attraction, or can the player express that in the game?

Tanya X. Short: Since we don’t have anyone asexual on the team, that isn’t a narrative we felt comfortable explicitly exploring, but we do allow for people to opt in to romance while opting out of sexual encounters as they come up. As with sex in general, different characters will handle this differently, but most of them explicitly try to support and be sensitive to the player’s preferences. 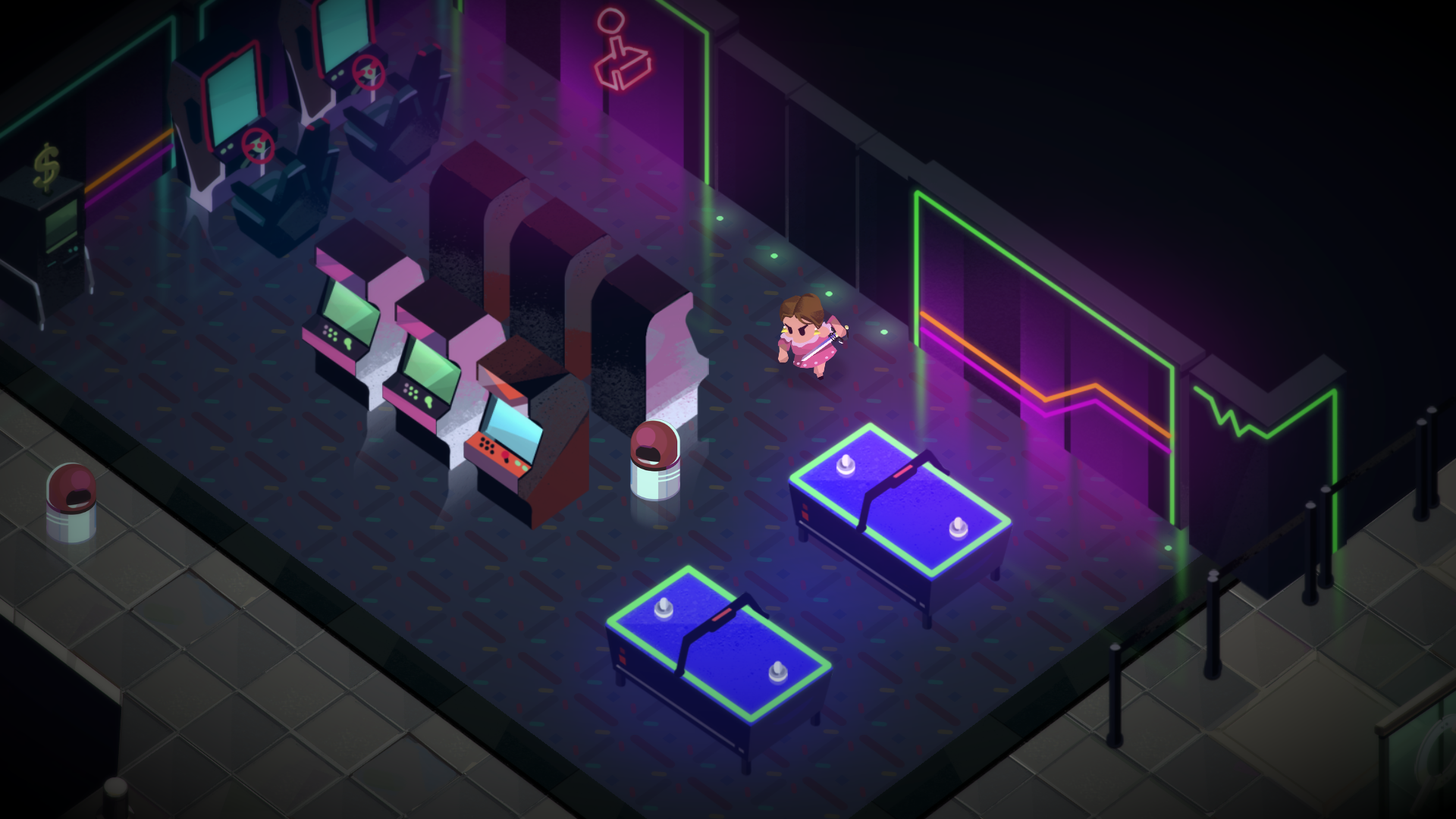 A.W.: Where did the idea of having weapons turn into people come from? Was that just a result of combining dating sims with dungeon crawling?

V.T.: As we started building the dungeon crawling element, we were trying to think of ways to have a companion in the dungeon, or some sort of AI that was with you when you fought monsters. We said, what if it was the sword? Everyone kind of laughed, and then we said, “wait a minute, that’s actually brilliant.”

A.W.: A programmer on the game, Marcelo Perez, said in an interview with PCGamesN that “the weapons are based on the personality of the characters.” How did that work? Was it a mix of overt and subtle connections to weaponry?

T.S.: Each weapon had a different approach! Sometimes I came at it from wondering “what kind of weapon would this kind of person be?” and sometimes instead I wondered “what kind of person would this kind of weapon be?”… I played around with many different ideas until I had what I felt was a good variety of personalities and weapon-types to flirt with and wield. 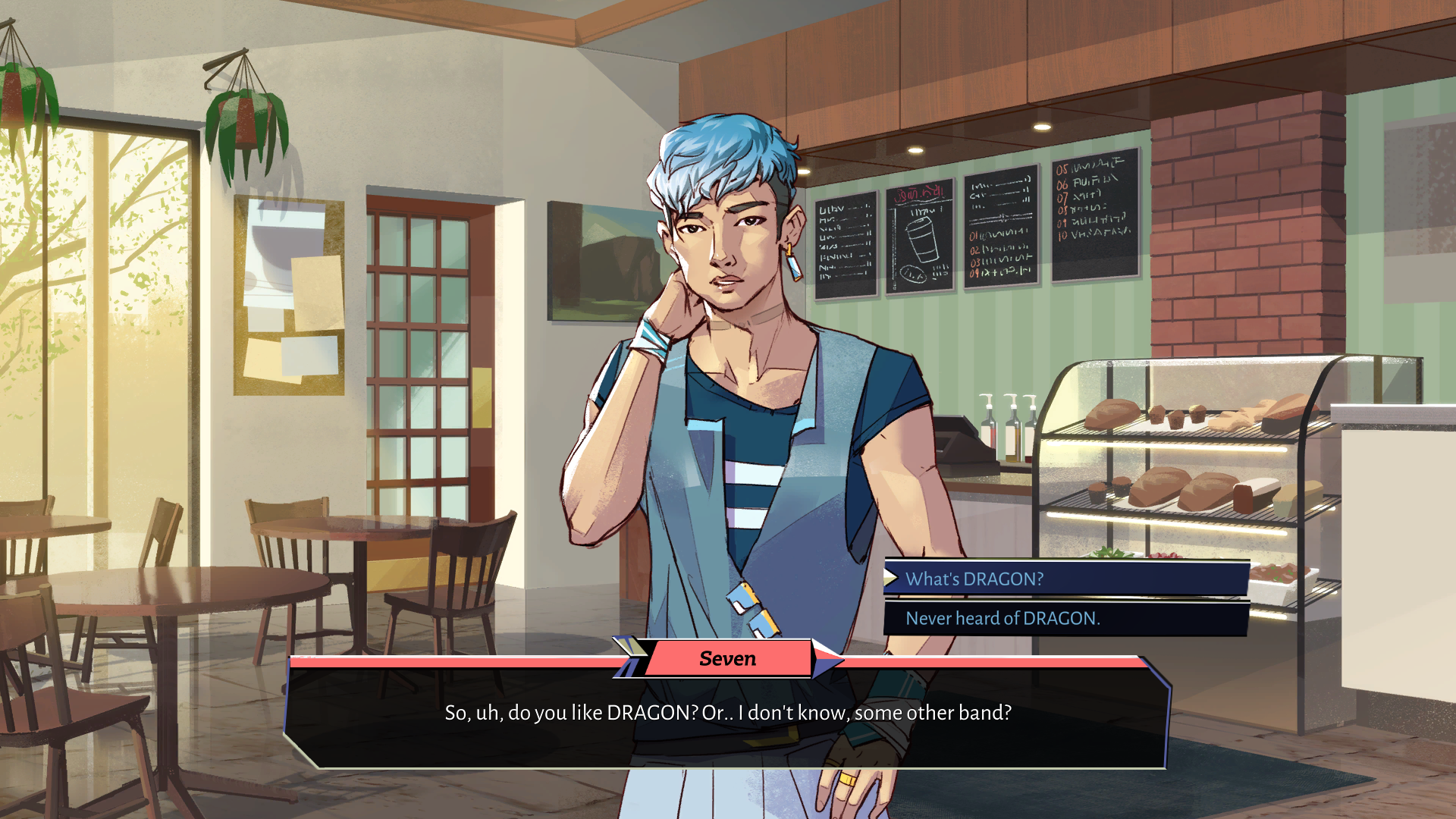 A.W.: How were weapons selected? Were they chosen for their character potential in terms of personality and design?

T.S.: Yeah! I like to see a variety of personalities, so that each character can feel distinct as you get to know them…but also they should look different, right? So I worked with the artist closely to get beautiful and varied visual designs too.

A.W.: Were weapons also selected based on what possibilities they could offer in battle?

T.S.: Yep, that was also considered. Though personality and variety were the top priorities — and I felt swords/blades should be the primary weapon types, since they’re what comes to mind immediately when you think of fighting monsters in dungeons!

A.W.: Are there any weapons and characters that had to be cut from the final game?

V.T.: SO MANY. Everyone on the team has their romance types and favorite weapons, but alas…the game would never be finished if we had all of them. Maybe future DLC…? 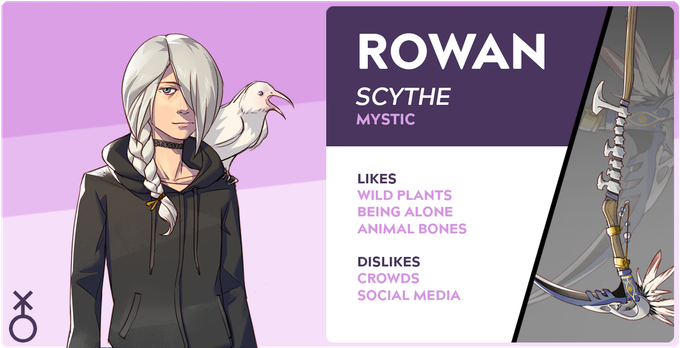 A.W.: Could you talk about the development of the combat system in Boyfriend Dungeon?

T.S.: It’s undergone a few iterations. In its earliest form, the character only had two real animation directions (NW, SW) and then we mirrored it to face the other direction. After the viral success of the announcement, we felt confident enough to upgrade it to the current smoother animation style with 8 directions (16 when mirrored). We’ve also tried out a few different styles of action combat before settling on a direction that we think is both satisfying to learn but also easy to pick up and play. Most of the dev team has really contributed to the system in different ways — I’ve directed the design goals, Kira Boom has led most of the development and specializes in gamefeel, Marcelo Perez has brought in his experience with playing ARPGs to refine the weapons, and Xin Ran Liu is such a technically skilled artist that when he implements attack animations and effects, he often further improves the moment-to-moment.

A.W.: How did Boyfriend Dungeon approach the balance between the different styles of what looks like chibi art and more intricate portraits?

V.T.: As our art director, Xin Ran Liu puts it, we’ve had similar challenges in the past with Moon Hunters. We combined pixel art with watercolour style portraits [for that game]. The isometric chibi art style [in Boyfriend Dungeon] represents the abstracted world-space gameplay (dungeon crawling). The portraits and painted backgrounds are used for the more realistic screen-space gameplay (dating sim). 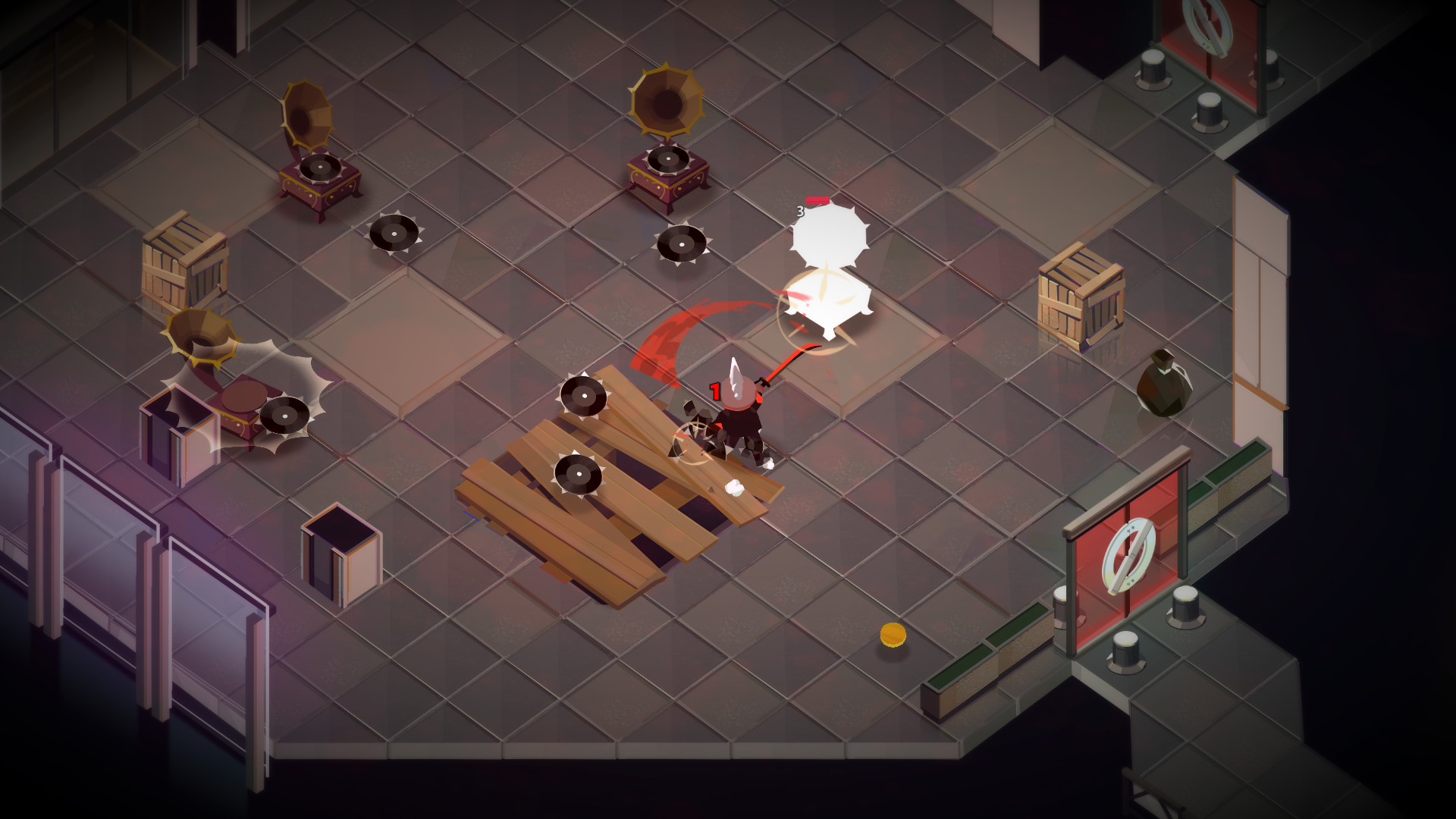 A.W.: You previously used Kickstarter for Moon Hunters. What was it like using it again to fund Boyfriend Dungeon?

V.T.: Equally as nerve-wracking! Even if we’ve had one successful Kickstarter, it doesn’t guarantee the next one will be, especially since it had been several years since then. That being said, our previous experiences helped us a lot — you can read the Moon Hunters Kickstarter post-mortem here, and the Boyfriend Dungeon one here.

A.W.: How are you doing while the world deals with COVID-19? Has it affected your studio and the game’s development?

T.S.: I’d say we’re some of the lucky ones. Kitfox had already established occasional “work from home” days for the studio, so one day we just made it in effect indefinitely. We’re going a bit slower due to anxiety and virtual meetings of course, and I miss seeing everyone’s faces in real life, but…all of our development continues, and we can still sell our games online, so it’s hard to complain, seeing what everyone else is going through. That’s part of why we held our fundraiser, donating a weekend of our sale profits to the WHO COVID-19 relief fund, to hopefully give back to the less fortunate.

A.W.: Thank you for helping with relief efforts! To wrap things up on a lighter note — you have Pocket, a cat that turns into brass knuckles as a platonic option. If a dog was in the game, what kind of weapon do you think they would transform into?

V.T.: Depends on the dog breed, but…a flail, except it’s made out of a tennis ball and leash.

A.W.: What a wonderful image to end with. Thanks again for taking the time to talk, and good luck with everything! 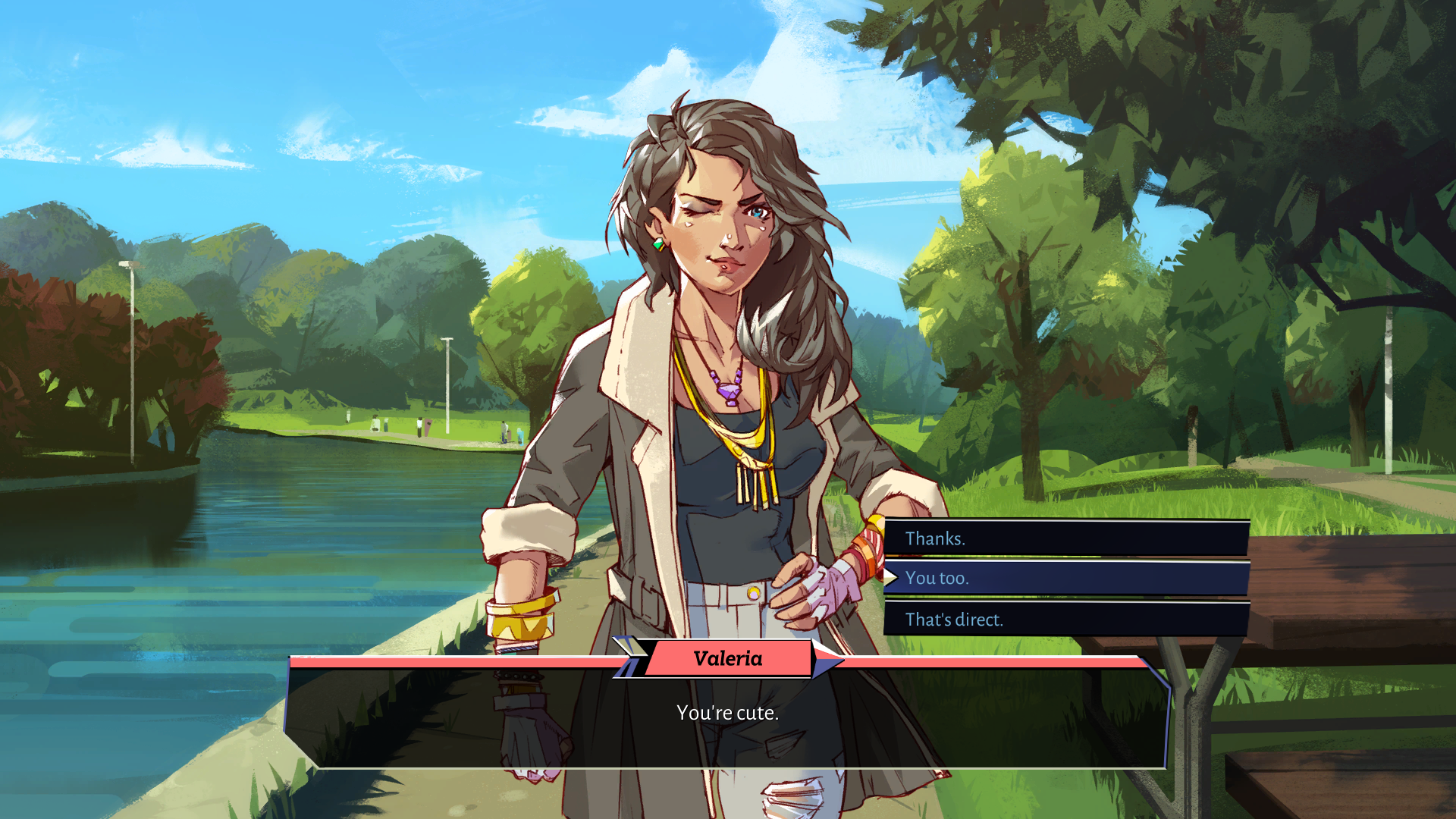